A look at some previous extremist attacks in Western Europe

Brussels is on lockdown after a series of terrorist attacks struck the city Tuesday morning: one at a metro stop near the headquarters of the European Union and two at the airport. At least 31 people are dead and dozens more are injured. The Islamic State militant group claimed responsibility for the attacks.

Here’s a look at some other notable attacks throughout Western Europe in the last decade. 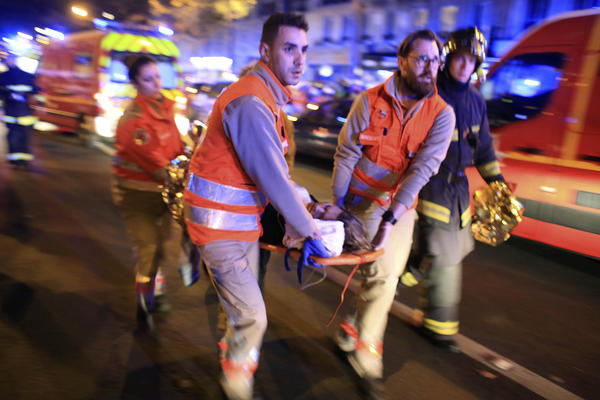 A woman is evacuated from the Bataclan theater after the shootings in Paris. (Thibault Camus / Associated Press)

Paris was turned into a deadly combat zone as a series of explosions and shootings ripped through the city, killing at least 130 people. French President Francois Hollande blamed Islamic State and said his country was at war with the extremist group. 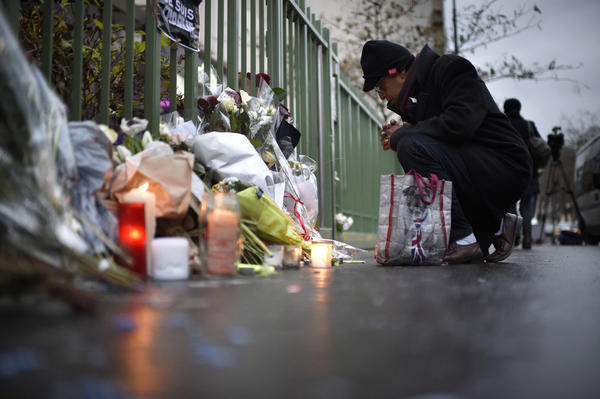 A man reflects at a memorial near the offices of French satirical newspaper Charlie Hebdo the day after the deadly attack. (Martin Bureau / AFP/Getty Images)

A gun assault on the Paris offices of satirical magazine Charlie Hebdo kills 12 people. Al Qaeda in the Arabian Peninsula claimed responsibility for the attack, saying it was revenge for Charlie Hebdo’s depictions of the Prophet Mohammed. 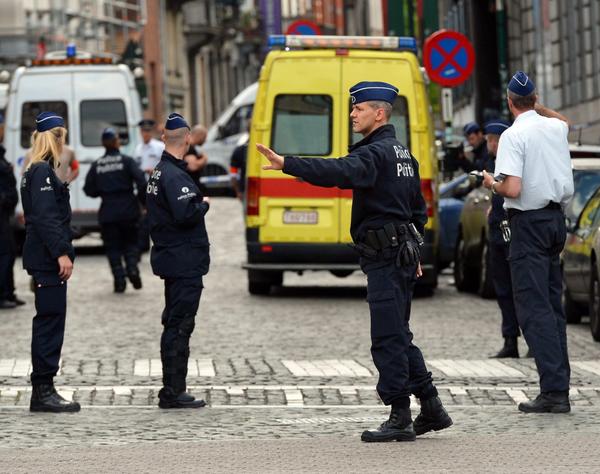 Police officers cordon off the area of a shooting near the Jewish Museum in Brussels on May 24, 2014. (Stephanie Lecocq / European Pressphoto Agency)

Four people are killed at the Jewish Museum in Brussels by an intruder with a Kalashnikov. The accused is a former French fighter linked to the Islamic State group in Syria. 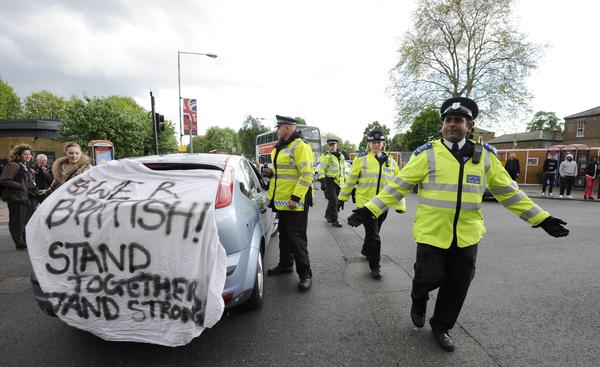 Two Al Qaeda-inspired extremists run down British soldier Lee Rigby in a London street, then stab and hack him to death. 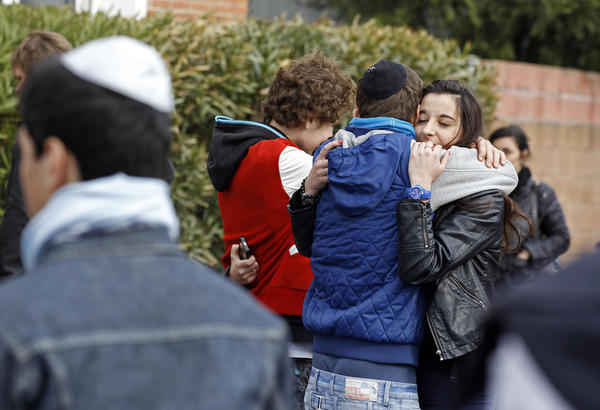 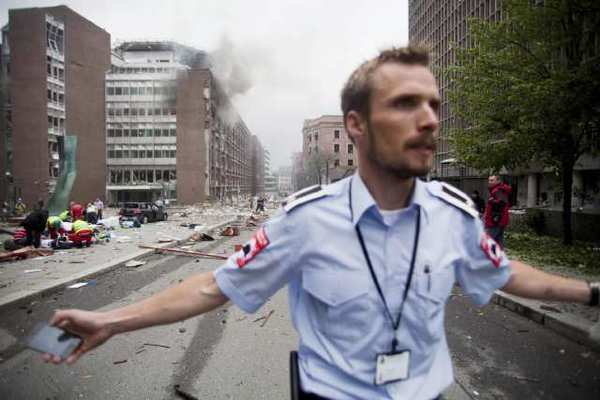 An official attempts to clear away spectators from buildings in the center of Oslo following an explosion in July 2011. (Fartein Rudjord / Associated Press)

Anti-Muslim extremist Anders Behring Breivik plants a bomb in Oslo, then attacks a youth camp on Norway’s Utoya island. He kills 77 people, many of them teenagers. 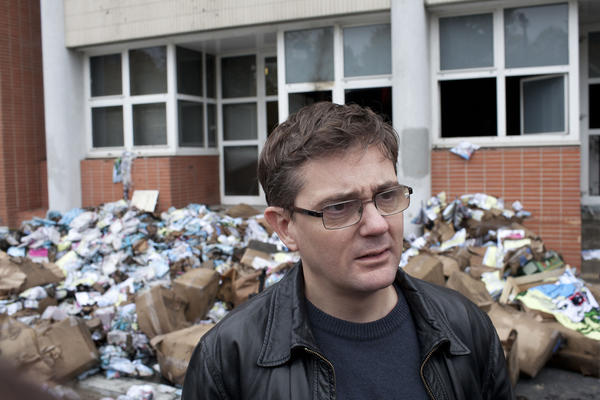 Satirical French newspaper Charlie Hebdo’s editor in chief, Charb, talks to reporters in front of the headquarters of the newspaper after the office was firebombed Nov. 2, 2011. (Thibault Camus / Associated Press)

Offices of Charlie Hebdo in Paris are firebombed after the satirical magazine runs a cover featuring a caricature of the Prophet Muhammad. No one is injured. 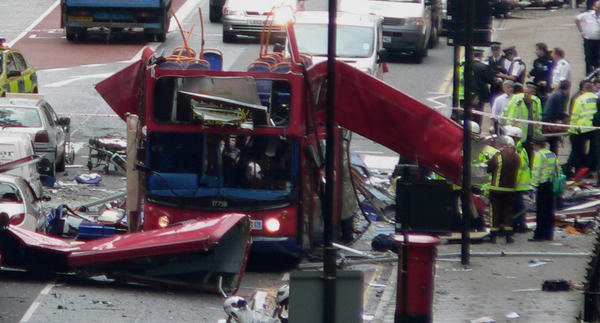 52 commuters are killed when four Al Qaeda-inspired suicide bombers blow themselves up on three London subway trains and a bus. 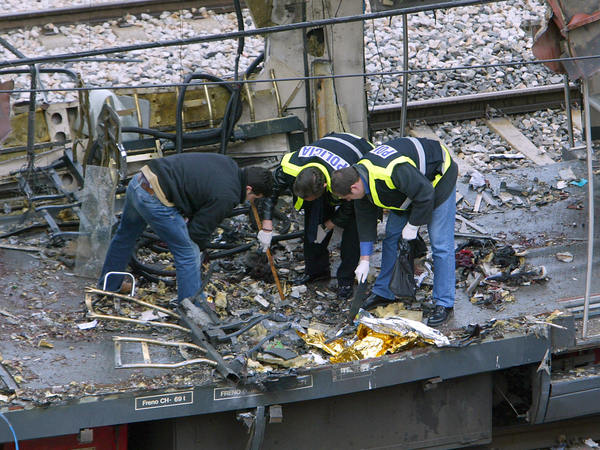 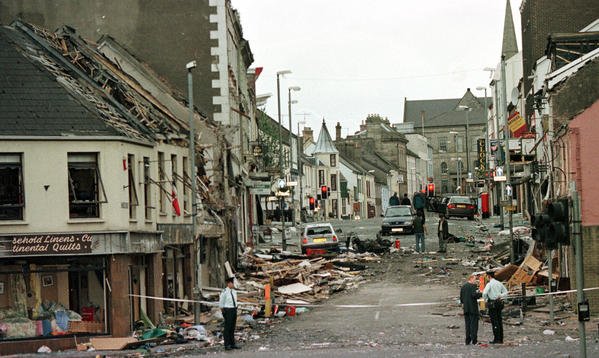 Officers stand on Market Street, the scene of a car bombing Aug. 15, 1998, in the center of Omagh in Northern Ireland. (Paul McErlane / Associated Press) 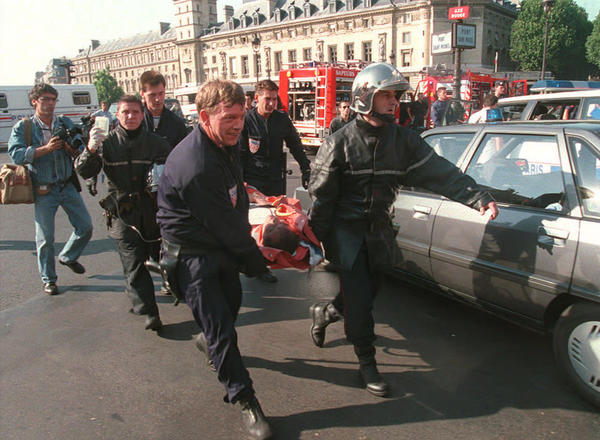 Rescuers race to evacuate one of the dozens of commuters who were injured when a bomb exploded in a subway train during rush hour inside the crowded Saint-Michel station along the Seine in Paris on July 25, 1995. (Vincent Amalvy / AFPs)

A bomb at the Saint-Michel subway station in Paris kills eight people and injures about 150. It was one of a series of bombings claimed by Algeria’s GIA, or Armed Islamic Group.

9:07 a.m. March 22: This article was updated with information about the terrorist attacks in Brussels.

This article was originally published on Nov. 13.