Mexican rock bands sing in Tzotzil, Zoque and other disappearing languages of native pueblos, part of an effort to save the ancient tongues. 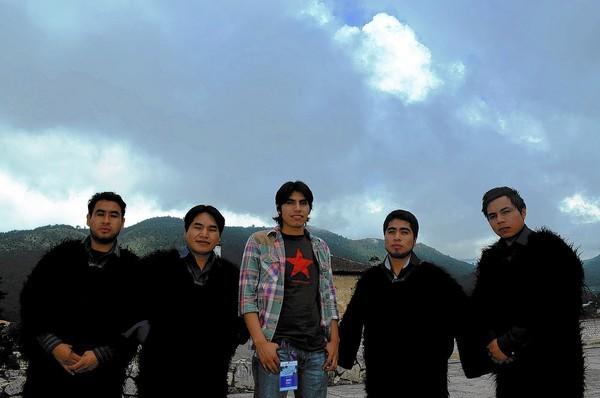 Mexican rock bands sing in Tzotzil, Zoque and other disappearing languages of native pueblos, part of an effort to save the ancient tongues.

Story and Photos by Richard Fausset

Valeriano Gomez was standing on a festival stage cradling his black guitar as fans spread out before him, waiting for the count-off, the downstroke, the next electric blast.

Gomez and his group wore matching woolen ponchos, dyed jet black, that made them look like some far-out garage band from the late LBJ era, the flavor of a long-gone week at the Whisky a Go Go.

But the scene took on a different tone when Gomez, 28, began to sing:

Gomez's group, Yibel Jme'tik Banamil, was among the featured performers at Mexico's polyglot version of , a festival of rock not en español. The language was Tzotzil, a tongue spoken by Gomez and about 300,000 other indigenous Maya in the central highlands of Chiapas, one of Mexico's poorest states.

"Do you remember?" the song went. "Where your roots are from?... Tell me if you still know the language of your ancestors."

Gomez's poncho wasn't some groovy fashion throwback, but a chuj, the traditional daily costume worn by the men in his Maya hometown, San Juan Chamula. It is a place where the church floor is strewn with pine needles, chickens are sacrificed in religious ritual, and medicine men deliver remedies that predate the arrival of the Spanish.

But television had arrived by the time Gomez was growing up, and it was there that he heard the '80s band Survivor pound out its thumping hit "Eye of the Tiger" in the movie "Rocky III," and there that he heard Los Lobos cover "La Bamba" as Lou Diamond Phillips played Ritchie Valens in the 1987 biopic. Thus began an unorthodox rock 'n' roll conversion.

"I identified a lot with Ritchie Valens," Gomez said. "He was like us — young people trying to realize a dream. In our case, it's a cultural dream, a dream of dignifying the original pueblos of Mexico."

On that chilly Saturday night in November, Gomez's group and 14 others rocked, rapped, skanked and swung in nine of Mexico's 68 indigenous languages.

This third annual "National Meeting of Tradition and New Songs" was part of a curious attempt on the part of the Mexican government to help save local languages by encouraging their integration with the pop genres that are globalization's de facto soundtrack.

The concerts are the brainchild of Juan Gregorio Regino, intercultural development director for Mexico's National Council for Culture and the Arts, a noted poet who grew up speaking the Mazatec language in his native Oaxaca.

The government, Gregorio said, is seeking to strengthen a movement that had been bubbling up naturally in Mexico's far-flung native pueblos.

Gregorio, 57, has no interest in returning to some imagined, more "authentic" past. Rather, he said, he wants the concerts to show how that culture is "amalgamated with all of these other influences — the result of an intercultural process, which is the reality that we indigenous are living."

More than a century ago, federal officials seeking to unify a vast, diverse nation prohibited indigenous languages in school. But over the ensuing decades, the concept of cultural plurality was slowly recognized as an asset. The sentiment got a boost from indigenous activists, including the Zapatista rebels who took up arms here in Chiapas in 1994 to protest their repression.

Experts say Mexico's non-Spanish languages continue to be threatened by urbanization, the homogenizing power of global mass media, and a government that still struggles to live up to its promise to provide bilingual education.

We want to share this world with other people."

More pernicious is the lingering perception in some quarters that indigenous culture is something less than civilized. The day before the bands arrived in Chiapas, a K'iche Maya doctoral candidate from Guatemala said she had been kicked out of a French bakery in the Chiapas city of San Cristobal de las Casas because she was wearing traditional clothing. She complained to Mexico's human rights commission. The incident made national headlines.

Government statistics show that 6% of Mexicans speak an indigenous language, a proportion that has held steady since the mid-1990s. Scores of languages, however, have vanished.

The members of Yibel Jme'tik Banamil, all in their 20s, grew up in villages where Tzotzil is still the language of the street and the dinner table. But they have seen the kids who go off to the big cities and come back changed.

"You don't see them in their traditional clothes, or they don't want to speak the language anymore," drummer Juan Javier Perez Perez said.

The band's decision to sing in Tzotzil was an "existential" one, he said. "We want to live in this world. And we want to share this world with other people." 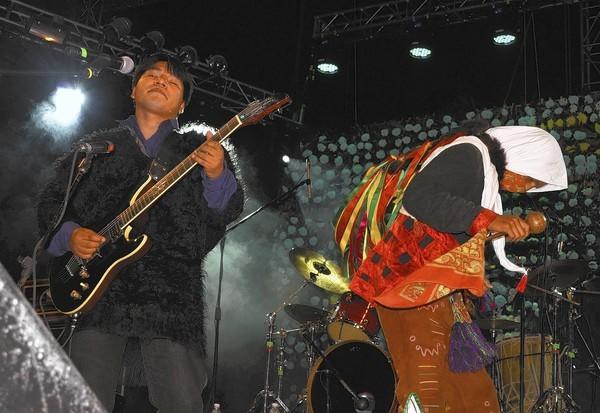 Valeriano Gomez, guitarist and lead singer of the group Yibel Jme’tik Banamil, performs with a traditional dancer at Mexico’s polyglot version of Coachella, a festival of rock in indigenous languages, in the central highlands of Chiapas state.

The 15 bands arrived in this fog-shrouded Maya village from 11 states. For three days, the musicians attended "creative clinics" in a civic building, overseen by seasoned Mexican pop and rock musicians who coached them on the finer points of voice, instrumentation and stagecraft.

Yibel Jme'tik Banamil performed its song about language and roots for the pros. It was a moody, minor-key, mid-tempo number, and the band delivered it with both polish and restraint. The experts, led by a silver-haired piano player named Guillermo Briseño, praised the group, then got down to a tough-love critique, much like judges on an -esque show: The two guitars were playing the same rhythm. The second guitarist needed more nuance. The singing lacked passion.

"Convince us of what you're saying," one said. "To sing and speak aren't the same thing."

It was a few hours before the show now. Zinacantan was bathed in the quiet of a small-town Saturday afternoon. Except for the rappers in a group called Mayan Poetry, who were rehearsing on the town's open-air basketball court. They were flawlessly running through their song "I Am Not Afraid" to a bright and poppy backing track, their voices rolling out verses in Yucatec Mayan, full of thick, percussive glottal consonants:

Roughly: "Don't be afraid, we are all brothers, we make ourselves stronger."

They were Carlos Javier Caamal Tun, 23, and Joel Tuz Kauil, 26, both from Felipe Carrillo Puerto, in the state of Quintana Roo. In their ball caps and baggy hip-hop gear, they could have been space aliens among the Chiapan highlanders.

The pair grew up listening to Tupac Shakur, and Control Machete, Spanish-language rappers from northern Mexico. But they dream in the language they learned from their parents.

Tuz said the vast majority of people in his city still speak the indigenous language. But he wonders how long it will last.

"The Maya go to work in the hotels, and they begin to lose the Mayan language," he said. "They lose their connection to the earth, the culture, the mystic element."

Caamal said that for the indigenous, there is often self-censoring rooted in self-preservation. "They think, 'Maybe if I speak my native language, they're going to discriminate against me, and I don't want that to happen.' So there's a fear of even wanting to speak."

Now this cultural import — this music born in the South Bronx — was their tool to save a culture from being cast adrift in a globalizing tide. They found it neither strange nor ironic. Hip-hop, they said, was now theirs as much as it was anyone's.

This, Tuz said, "is the living Maya culture. It's what the Maya people are doing now."

The sun went down and the concert began. The streets in the center of town were abandoned to stray dogs as the venue filled with hundreds of locals and curious music fans from San Cristobal.

Yibel Jme'tik Banamil opened its set flanked by traditional masked dancers in conical hats who leaped around to the loud guitars like surrealist jesters, trailing colorful ribbons, delighting the crowd. The group's number, so restrained in the morning, roared now with raw power.

The rappers in Mayan Poetry were just as confident as they had been on the basketball court a few hours earlier. They leaped and rhymed in a language that no one really understands on this side of Mexico — though for a few moments, it was hard to tell. 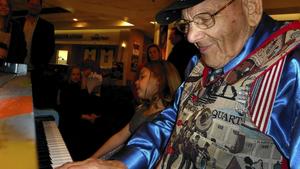 One troubled priest who got a second chance 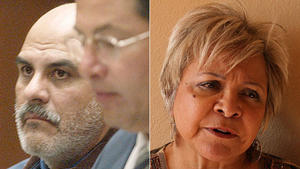 He told me that he had developed a relationship with one of the boys."

At 94, he must let go of his piece of paradise 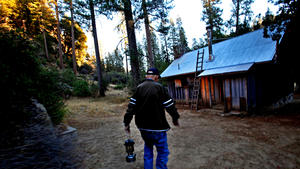