How Mexico escaped the worst of Hurricane Patricia

Days after Hurricane Patricia made landfall on Mexico's western coast, much of the destruction was limited to flooding and wind damage to homes, as well as power outages and small mudslides.

Patricia grew at "an incredible rate" over a 12-hour span from Thursday night to early Friday, according to the United Nations' World Meteorological Organization. By Friday morning, the storm's power was comparable to that of Typhoon Haiyan, which displaced millions of people and left more than 7,300 dead or missing in the Philippines in 2013.

As of Monday afternoon, the official death toll in this disaster is zero. So how did the country survive the strongest hurricane ever measured in the Western Hemisphere?

Mexico learned from past disasters

"Each of these episodes that we've experienced has allowed us each time to improve our system of civil protection," he told reporters.

Among the most recent disasters were Tropical Storm Manuel and Hurricane Ingrid, which struck Mexico almost simultaneously in 2013. Manuel came in hard from the south onto the coast of Guerrero state, slamming Acapulco. The next day, Ingrid pummeled the state of Tamaulipas on Mexico's eastern coast. At least 120 people died as a result of Manuel, many of them in Acapulco's poor neighborhoods, which suffered intense flooding.

The government came under heavy criticism after the storm, accused of not providing adequate warning or a decent evacuation to residents of Guerrero state. The state governor at the time, Angel Aguirre, was reported to be out partying rather than mustering the evacuation of residents in high-risk zones.

"The hurricane put to the test the reaction of all three levels of government," Ricardo Aleman wrote in his Sunday column in the newspaper El Universal. "And unlike many other occasions, the coordination [this time around] was almost perfect." 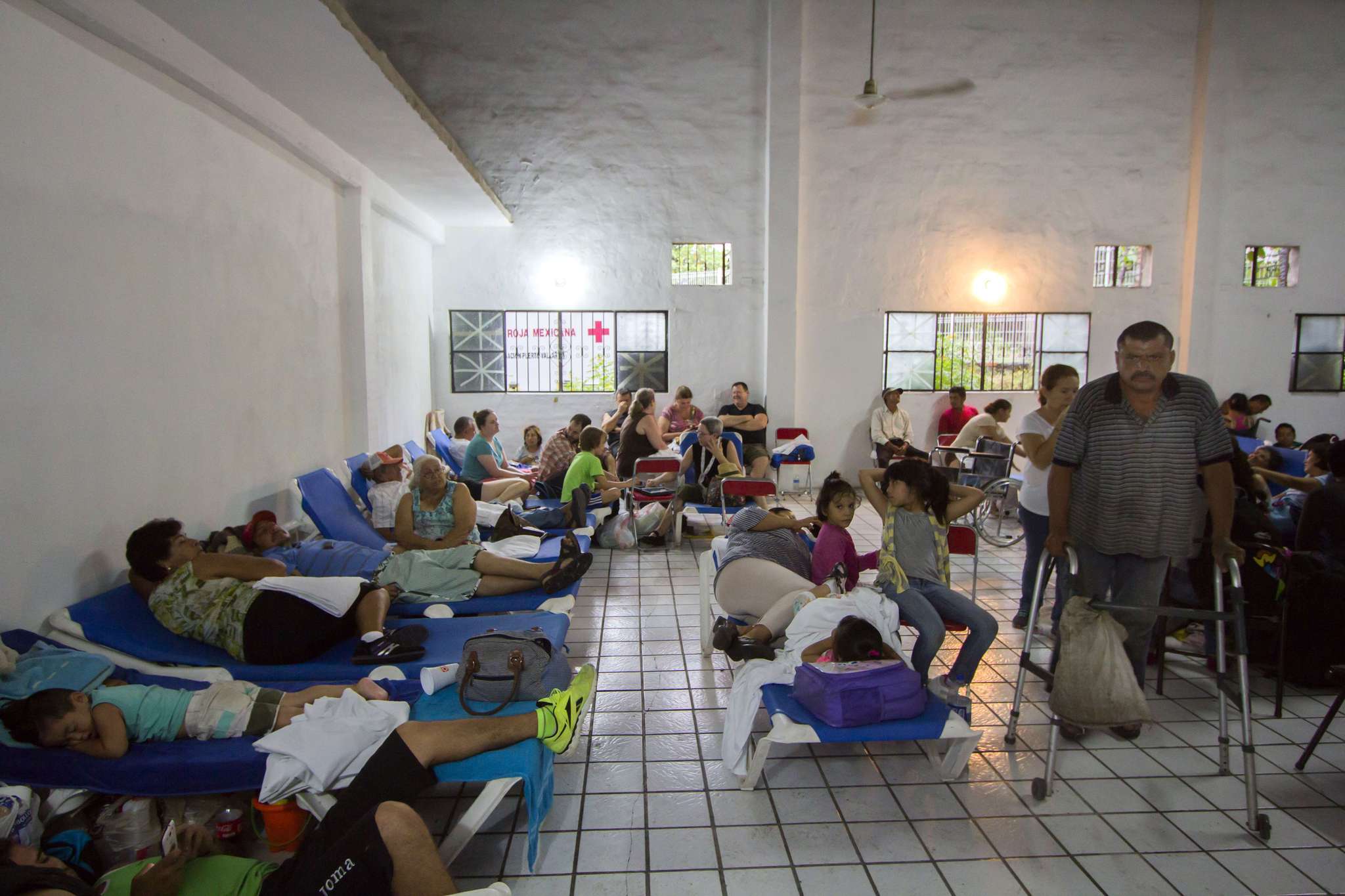 The worst natural disaster in Mexico's recent memory, the magnitude 8 earthquake of 1985, looms as an example of government failure. Although the quake far predated Peña Nieto's presidency, his party -- the Institutional Revolutionary Party, or PRI -- was in power and was accused of taking too long to react to the devastation.

Thousands of people died, thousands were left homeless and it took days for authorities to accept humanitarian aid from other countries.

The country blared warnings and deployed planes and soldiers

With past experiences in mind, Mexico prepared for the worst as Patricia approached. Before and after the hurricane, warnings blared on radio and television broadcasts across the region, and government pickup trucks with loudspeakers made their way through neighborhoods.

Tens of thousands of people along the coast were evacuated into shelters and out of the danger zone. Some piled into cars and buses; others took government-provided flights and ground transportation.

States of emergency were declared in Colima, Nayarit and Jalisco states, which include the tourist resorts of Puerto Vallarta and Manzanillo.

About 3,000 soldiers and more than 800 federal police officers were dispatched to the area. More than 1,200 shelters were set up, able to accommodate 240,000 people. Schools were closed and three airports shut down. 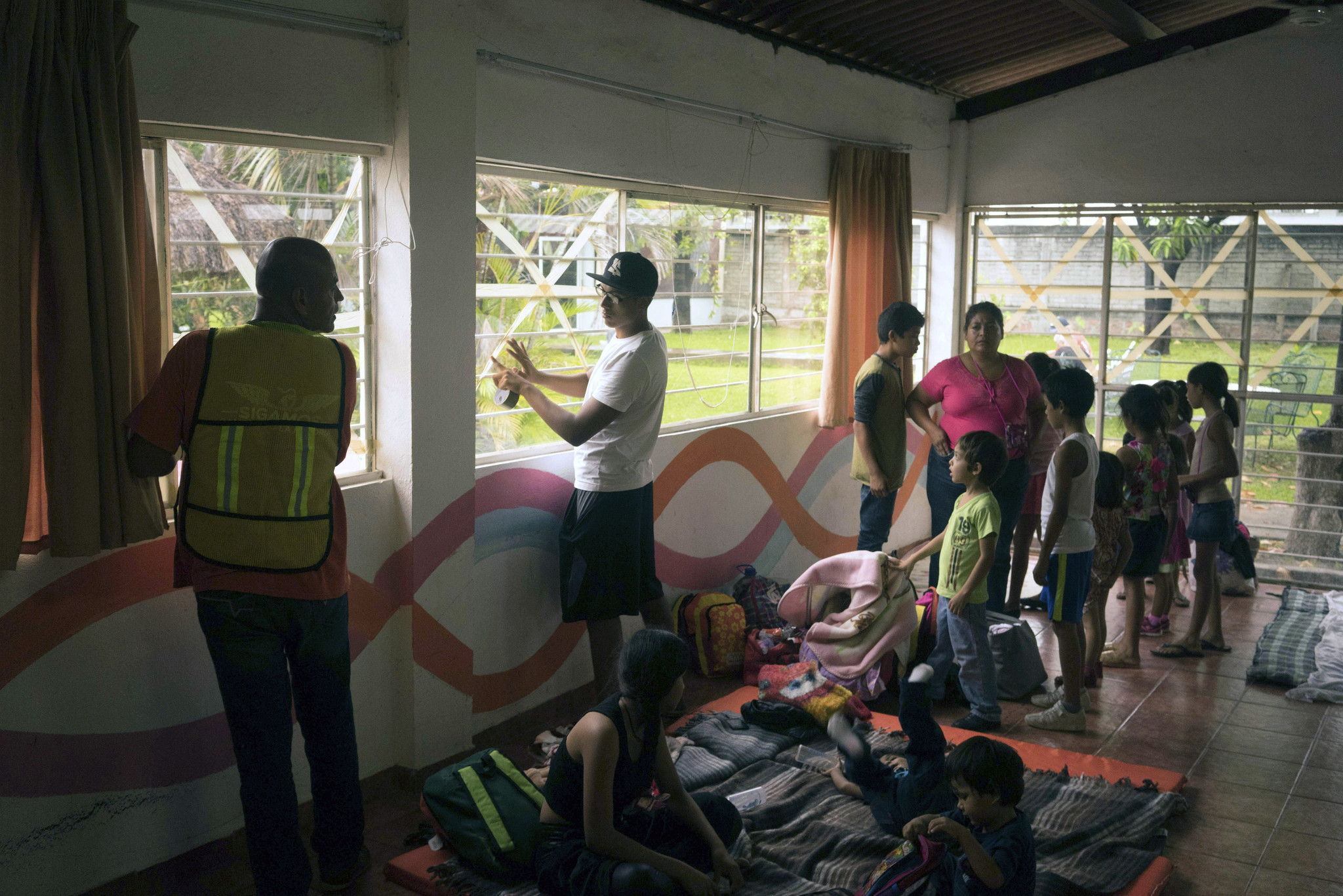 As people begin to arrive at a makeshift shelter in Puerto Vallarta, men try to secure the windows against Hurricane Patricia. (Cesar Rodriguez / Associated Press)

Patricia, recorded while it was at sea as the most intense storm ever measured in the Western Hemisphere, did not lack strength. It was still packing 165-mph winds when it made landfall early Friday evening.

But the storm weakened to a tropical depression as it moved across the country, dissolving into a rainy low-pressure area and carrying winds of only 30 miles per hour.

Communications and Transport Minister Gerardo Ruíz Esparza told reporters that the worst of the storm moved into the mountains, which lessened its effect on populated areas. The wind and water hit, but many buildings were able to withstand it. 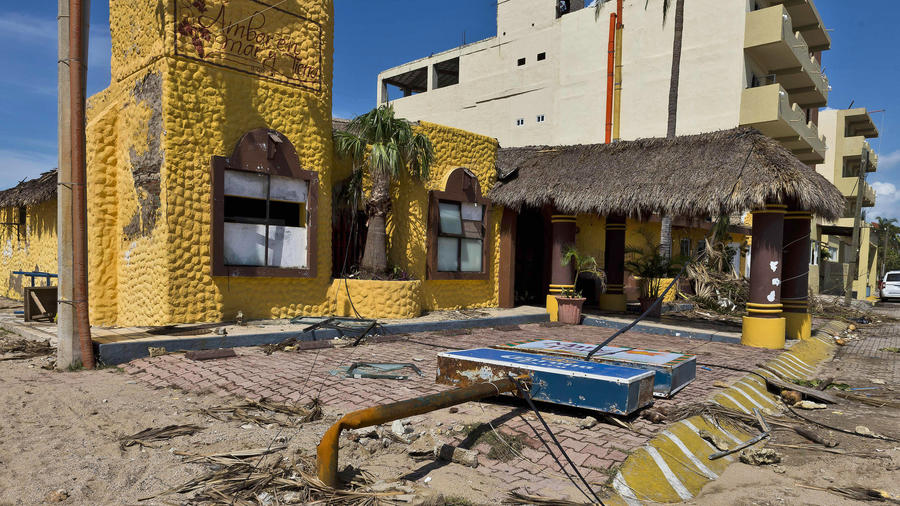