The birthrate plunged, helping to usher in social changes, particularly concerning the role of women. 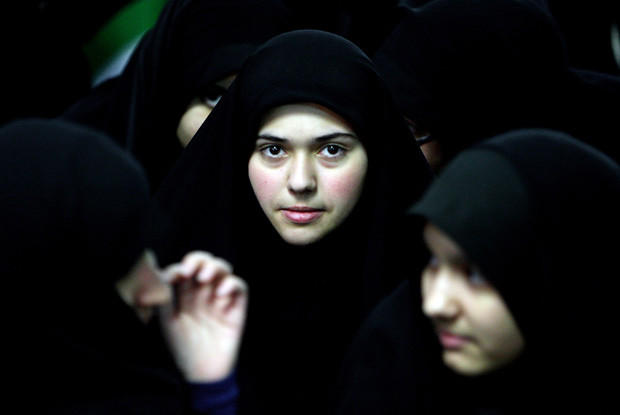 TEHRAN — Since the 1980s, Iran has experienced the largest and fastest drop in fertility ever recorded — from about seven births per woman to fewer than two today.

“It confounded all conventional wisdom that it could happen in one of the world’s few Islamic republics,” said Jalal Abbasi-Shavazi, a demographer at the University of Tehran.

It happened largely because of the Islamic government.

Until then, Khomeini had helped foster a baby boom to produce soldiers for the war against Iraq. After the war, he was persuaded that the economy could no longer support a rapidly growing population.

Under the new decrees, contraceptives could be obtained free at government clinics, including thousands of new rural health centers. Health workers promoted contraception as a way to leave more time between births and help reduce maternal and child mortality. Couples intending to marry were required to receive counseling in family planning.

The birthrate plunged, helping to usher in social changes, particularly in the role of women.

With smaller families, parents could invest more in their children’s education, and the idea caught on even in rural areas.

Our aim is to help you know how to avoid an unwanted child.” — Government-trained midwife

At the same time, educational opportunities were opening up for girls. After the 1979 Islamic Revolution, Khomeini had resegregated schools by gender in keeping with his strict interpretation of Islam.

One result was that even the most conservative families could send girls to school without worrying that family honor would be tarnished by allowing their daughters to mix with males.

As women became better educated, their influence within the family grew.

Without intending to, Iran’s clerical leadership helped to foster “the empowerment of Iranian women,” said Djavad Salehi-Isfahani, an Iran expert at Virginia Tech. “The mullahs may be winning the battle on the streets, but women are winning the battle inside the family.”

Iranian woman have fewer legal rights than men and are limited in which jobs they can hold and what they can wear. But more of them are attending universities and postponing childbirth. In public universities, female students now outnumber males 65% to 35%, leading to calls in parliament for affirmative action for men.

President Mahmoud Ahmadinejad, however, has sought to reverse the trend toward smaller families. Doubling the country’s population of 75 million would enable Iran to threaten the West, he said.

He has denounced the contraceptive program as “a prescription for extinction,” called on Iranian girls to marry no later than 16 or 17 and offered bonuses of more than $950 for each child. So far, he has been widely ignored.

“Iranian women are not going back,” said Sussan Tahmasebi, an Iranian women’s rights leader now living in the United States.

The changes are reinforced every day in health centers throughout the country. At a center in Tehran recently, a procession of brides-to-be, some covered head to toe in black chadors, filed into a large, well-lighted room with their bearded bridegrooms.

Some in the group stole glances at the small packages pinned to a green bulletin board — samples of condoms, birth control pills and intrauterine devices.

They had all filled out forms and provided blood and urine samples for the medical screenings required for marriage. All that was left was to sit through this hourlong class on family planning.

“Our aim is to help you know how to avoid an unwanted child,” said a government-trained midwife, a middle-aged woman with a swirl of dark hair spilling from her head scarf.

She launched into a no-nonsense PowerPoint presentation on male and female anatomy, menstrual cycles, fertility and birth control.

“The trend among ‘modern Iranians,’ ” she reminded the class, “is to have one child, two at most.”