Wells Fargo & Co. is slicing an additional 700 jobs from its mortgage operations, bringing staff reductions to about 7,000 -- nearly 12% of its home-lending workforce -- since last year, when rising interest rates ended a refinance boom.

Processing and fulfillment employees around the country are getting the boot, said Tom Goyda, a spokesman for Des Moines-based Wells Fargo Home Mortgage, the country’s No. 1 originator of residential loans.

California cuts will be “minimal,” Goyda said: 17 positions in San Bernardino and “a few more” in San Diego.

“We currently expect mortgage origination volume to decline in the first quarter, reflecting seasonality in the purchase market and lower refi volumes,” Goyda said in an emailed statement.

“But we expect the rate of decline to slow from the levels that we saw in the third and fourth quarters of last year.”

The 700 job eliminations announced this week are in addition to 250 announced last month and roughly 6,000 in 2013, Goyda said. Wells Fargo Home Mortgage will have about 52,000 employees after the latest wave of workers departs.

“We certainly hope that we will be able to find other positions for as many as possible somewhere within Wells Fargo and will be working with them to identify those opportunities,” Goyda said.

The shrinkage is part of a broader trend: Mortgage industry employment peaked at 505,000 in February 2006, according to the Mortgage Bankers Assn., which said that number had dwindled to 292,000 at the end of last year.

Banks have been trimming non-mortgage employees as well. When JPMorgan Chase & Co. announced Tuesday that it would cut 8,000 jobs, it said the layoffs would come in its retail branches as well as its mortgage operations. 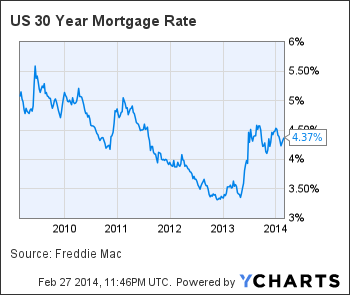