Silicon Valley is beginning to see ‘delight’ in a new light 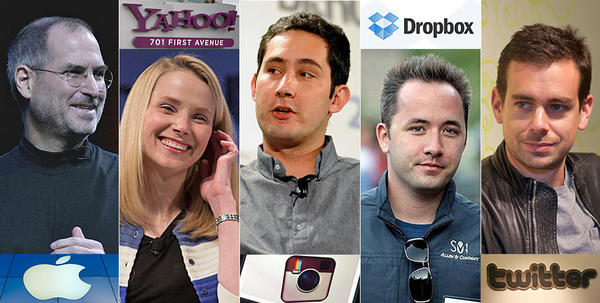 Silicon Valley companies aren't focused solely on code and algorithms. They echo with this subjective buzzword.

Ask Joshua Reeves about his online payroll service, and the last thing he'll want to discuss are its features and algorithms and software code and all that other cold jargon that usually comes pouring out of the mouths of Silicon Valley engineers.

No, what Reeves really cares about is what he hopes you will feel when you use ZenPayroll Inc.:

"That's the effect we're trying to achieve," said Reeves, whose company has applied to trademark "delightful payroll." "We talk about how to create that 'aha moment,' that feeling the first time you use it where you just stop and say, 'This is amazing. Why weren't you here 10 years ago?'"

Yes, delight. A squishy, subjective, hard-to-pin-down term. So daringly unquantifiable, so proudly immeasurable. And now, suddenly, all the rage in data-driven Silicon Valley.

Like so many other things in Silicon Valley, the word is a legacy of Steve Jobs, the Apple Inc. co-founder who often spoke of wanting to "surprise and delight" people.

Instagram co-founder Kevin Systrom suggests, "If you delight people even a little bit with a simple solution, it turns out it goes very far."

In a recent blog post, Dropbox co-founder Drew Houston explained that his company acquired hot start-up Mailbox, an email organizer, because it was "simple, delightful and beautifully engineered."

It's not just Silicon Valley that is drowning in delight.

Apple co-founder Steve Jobs, during a press conference in 2010: "We love our users, we love them. We try to surprise and delight them...and we work our asses off." (Kimberly White / Reuters) More photos

In the surest sign that delight may be on the cusp of morphing from insurgent idea to overused buzzword, Microsoft Corp. in Washington and Dell Inc. in Texas have embraced it. It's the corporate equivalent of parents joining Facebook, making it instantly uncool.

"In all our work with partners and on our own devices, we will focus relentlessly on delivering delightful, seamless experiences across hardware, software and services," Microsoft CEO Steve Ballmer wrote in the company's annual shareholder letter.

On the surface, delight seems so goofily Californian, a spacey, new-age notion, that it practically begs to be mocked.

Hold the eye rolls, however, because underneath its trendiness and the suspicion that it's just some new marketing babble, the talk of delight signals a radical shift in the way Silicon Valley creates products.

Someone invoking the principles of delight is saying that when thinking about making a product, what should come first is not the technology, but the people it is intended to serve.

Disciples of delight want their brethren to put down their protractors, quit writing code for a moment, step out of their cubicles and try to understand the lives of the people they want to use their product. Instead of aggregating astronomical amounts of digital data to judge the success of a product, watch someone use it and see if they smile or laugh with joy.

"You want to make a product that goes beyond its basic functions to create an emotional connection with the user," said Bill Burnett, executive director of the product design program at Stanford University, which teaches students how to humanize products and services. "You can't understand how to create those moments unless you have that deep connection with users."

Instagram co-founder Kevin Systrom: "If you delight people even a little bit with a simple solution, it turns out it goes very far." (Eric Piermont / AFP/Getty Images ) More photos

The Merriam-Webster dictionary defines delight as "1. a high degree of gratification; joy; extreme satisfaction. 2. something that gives great pleasure."

Nobody seemed better able to create products that evoked such feelings than Jobs.

"I'd like to talk about how we make decisions," Jobs said at a news conference in 2010. "We love our users, we love them. We try to surprise and delight them ... and we work our asses off."

Jobs argued that truly great leaps of innovation came through intuition and understanding how people lived their lives, not spreadsheets full of market research.

"For Jobs, the word encapsulated the powerful insight that good design could induce people to fetishize their appliances, rather than just being satisfied with them," said Geoff Nunberg, a linguist at UC Berkeley's School of Information.

Jobs is gone, but the gargantuan, halo-shaped campus the company is building in Cupertino, Calif., is destined to become Silicon Valley's shrine to delight. In the official planning documents, the company says one of the objectives of the campus is to "provide an on-site venue for the introduction of Apple's new products that will generate surprise and delight."

Apple's success the last decade has naturally inspired entrepreneurs and companies to emulate it. These followers want to create something that inspires that same fanaticism, to win some loyalty in a world in which today's flashy new gadget can quickly become tomorrow's eight-track tape player.

To see how this subjective notion can be turned into a tangible concept, devotees can look to Intuit, the Mountain View, Calif., maker of financial software and services such as QuickBooks, TurboTax and Quicken.

As the company was going through exercises to refocus the way it made products a few years ago, Intuit executives adopted "design for delight" as a phrase to define the new approach.

"One of the reasons we chose that word to be part of that phrase is that it's a positive emotion," said Kaaren Hanson, vice president of design innovation at Intuit. "We evoke this emotion by exceeding people's expectations. What's true about delight is that it's an emotion you need to reflect on to really understand it."

Executives held sessions where leaders were asked to think of moments when they experienced delight. (The iPod! Cork pops!) It shifted hiring practices to screen prospective employees for their level of empathy. Hanson directs a team of 200 "innovation catalysts," a kind of delight SWAT team that coaches employees as they work on products on how to achieve the desired emotional effect.

Still, who decides that a product has created a sufficient amount of delight?

Hanson won't say specifically how Intuit makes these decisions. But she notes that in general, psychologists have a number of tools to measure emotions, such as observing pupil dilation or measuring changes in moisture levels on the skin. More important, Hanson said, is whether customers use a product and say, "Ooooooohhhh...."

"If you measure something too much, it becomes dry and sterile," Hanson said.

The problem is that now with everyone climbing aboard the bandwagon, delight runs the risk of becoming so overused that its meaning becomes diluted. The temptation is for executives to believe they can create that special feeling by simply uttering "delight," without rethinking the way they create products.

Twitter and Square co-founder Jack Dorsey: "We can consistently delight the world with all the information we can bring them." (Peter DaSilva / For The Times) More photos

"You can't make a product delightful just by calling it delightful," Reeves said.

Silicon Valley has a habit of taking serious ideas, slapping cringe-inducing labels on them, and then flogging them to death. Witness the quick rise and fall of "gamification," a word that pointed to the growing use of game mechanics in products and was suddenly on everyone's lips a couple of years ago until people discovered it couldn't be spoken out loud without gagging a little.

Can delight avoid that fate? Can it secure a place in the pantheon of Silicon Valley's enduring, indispensable lingo, such as "scalability," "paradigm" and "freemium"?

"Don't we need delight to talk about things and experience and images that exceed our expectations, that somehow surprise us in the process?" said Robert I. Sutton, an engineering professor at Stanford University who blogs about, among other things, "jargon monoxide."

"At least it is not an inherently horrible word. Although I confess that the word has never quite worked for me ever since that horrible song 'Afternoon Delight.'"

Antoine's is her family legacy, but is she ready?