You'd think we'd be jaded from looking at so many homes and so many floor plans. But, actually, we're not. Some places will still stop us in our tracks. Let your mind do the walking and enjoy our favorite rooms from recent celebrity home transactions.

Lauren is a total pushover for Spanish-style homes with rotunda entries, sweeping staircases and colorful tile stair risers. (Do we detect diva tendencies?) This onetime hangout of swing-era bandleader and clarinetist Benny Goodman in Pacific Palisades does not disappoint.

The 1920s home, listed at nearly $6.2 million, retains its vintage vibe. Appropriately, the guesthouse is in use as a music studio. To borrow from the title of his hit tune, "Sing, Sing, Sing." 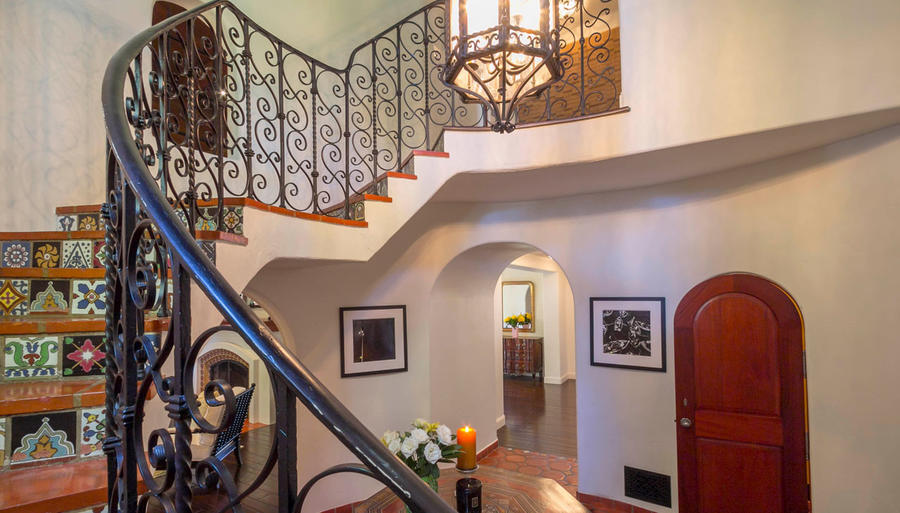 The onetime home of the "King of Swing" Benny Goodman is for sale in Pacific Palisades at $6.195 million. (Shawn Cordon)

Neal imagines he could make himself at home in an industrial-type loft space, especially near the beach. "Californication" creator Tom Kapinos has his ultra-cool contemporary in Manhattan Beach listed at $4.75 million. That'll do. The sand is a short hop away by cruiser bike. 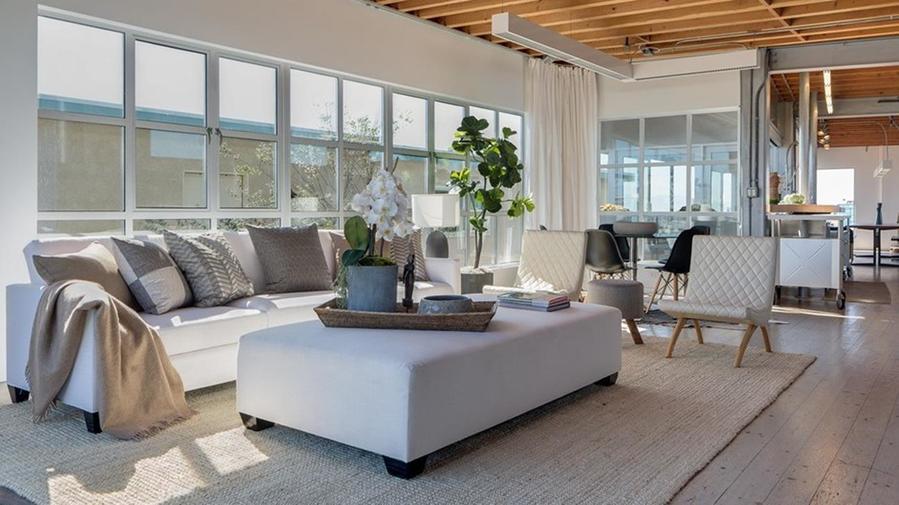 Tom Kapinos has put his Manhattan Beach home on the market for $4.75 million. (Redfin)

For your dining pleasure

Here's one of the few white-on-white rooms that we think really works. Different textures and materials and some gray tones add depth to the dining room at the Calabasas home of Olympic gold medalist and former Los Angeles Sparks player Lisa Leslie.

The asking price of $2.19 million includes the rest of the more-than-4,600-square-foot house too. 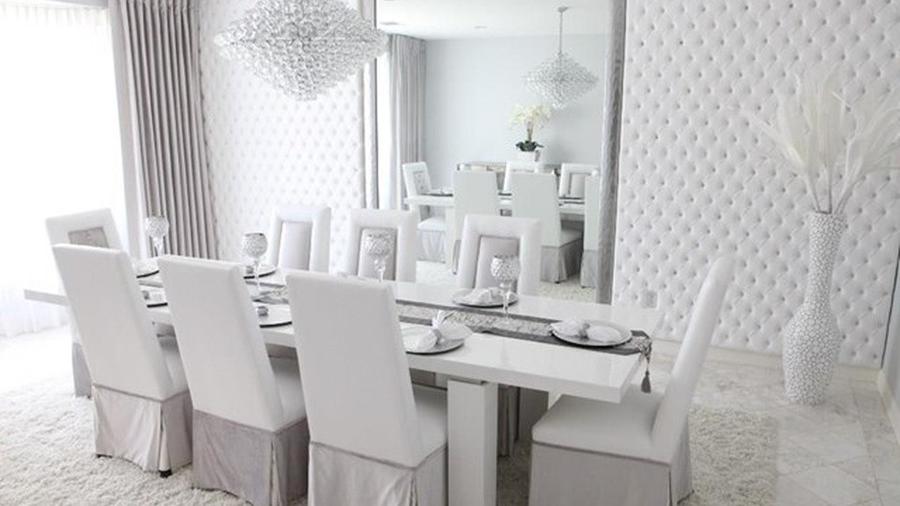 Lisa Leslie has put her home court in Calabasas on the market for $2.19 million. (Redfin)

A tree grows in Malibu

Speaking of dining, every meal can be considered alfresco at a Carbon Beach home that recently came to market for $13.25 million. The Midcentury Modern-style residence designed by Alfred "Hap" Gilman moves a bit of outdoor scenery inside with an indoor-growing tree topping the dining room area. 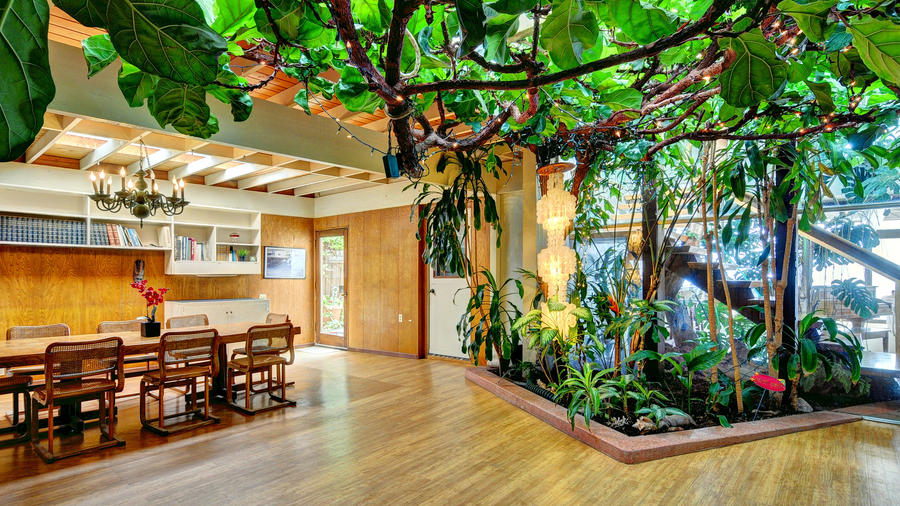 A tree grows inside this Carbon Beach home, which has come on the market for the first time since it was built in 1952. (Rick Alexander / Skyview Pix)

Among splashy features at Kevin Costner's onetime home in La Cañada Flintridge, we're totally hooked on the wall aquarium in the pool-guesthouse. The custom fishbowl, built for Costner in 1989 and shared by two rooms, is accompanied by a wine cellar and tasting room. 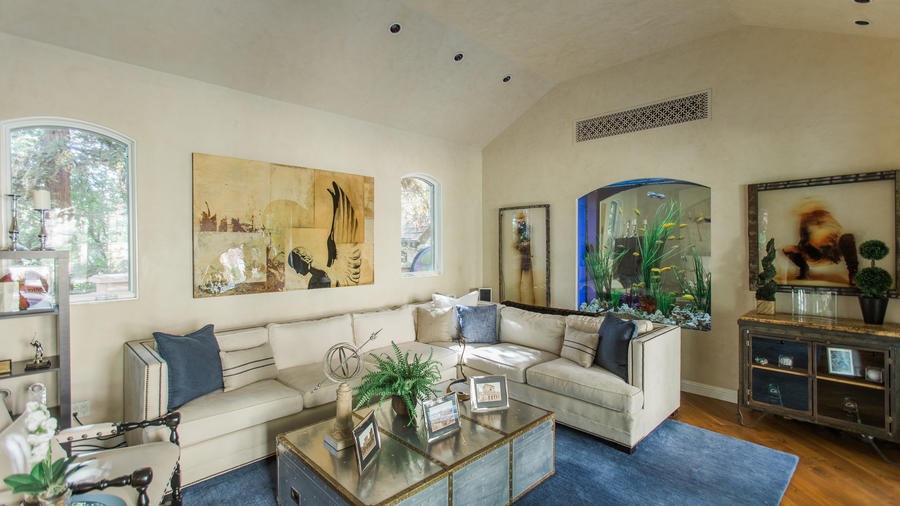 The Italian Mediterranean villa in La Cañada Flintridge was built for Kevin Costner and his first wife, Cindy, in 1989. (Partners Trust)

The pause that refreshes

We'd seen actor Damien Dante Wayans' Hollywood Hills place before when it was only for sale -- now it's also on the lease market at $12,500 a month. But what we forgot was how much we liked this bathroom. There's a step-up tub and a step-down shower. Sounds backward, doesn't it? The sunken shower is mammoth and unusual for a house priced at $1.849 million. Feast your eyes. 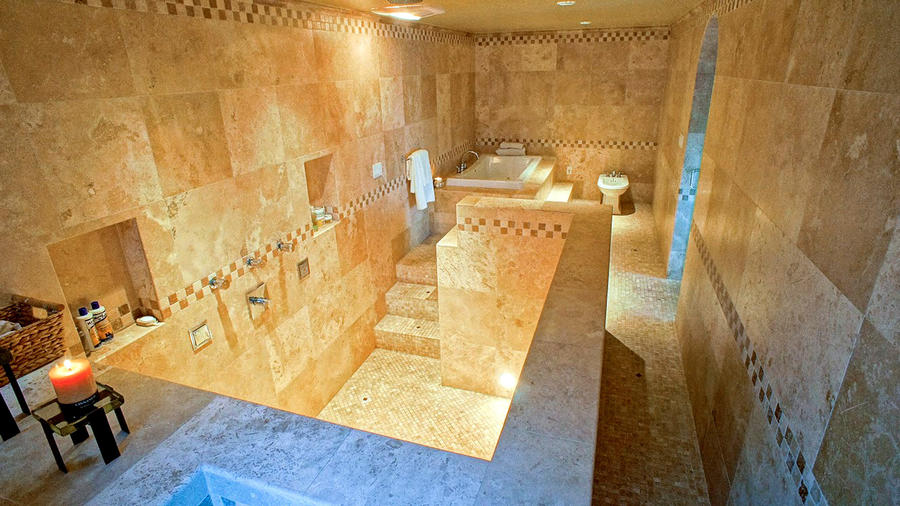 Damien Wayans has his Hollywood Hills house up for sale or lease. (Realtor.com)

No, we're not talking about a visually attractive room this time. What drew attention here was the very specific asking price of $4,488,888 for the Encino estate owned by late game show panelist Jayne Meadows. Turns out Meadows was raised in China by missionary parents. In that culture eight signifies luck, success or prosperity. It's a true lucky number. 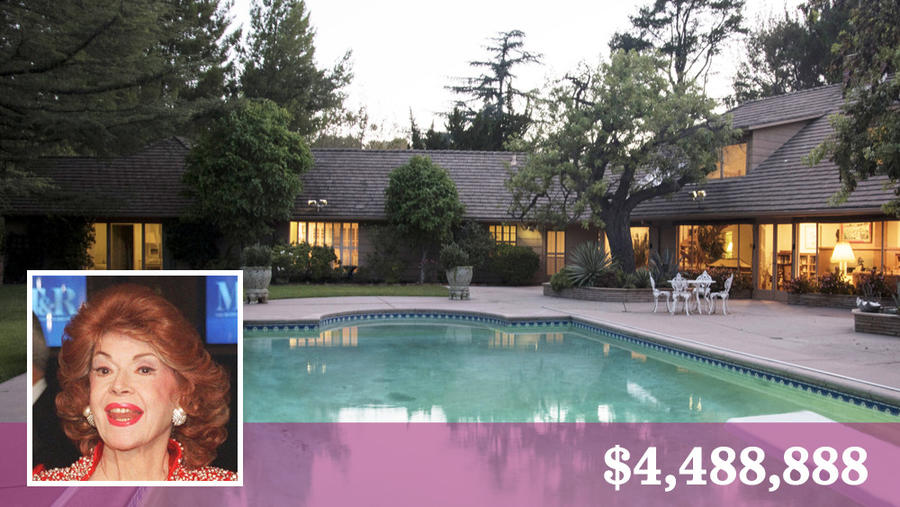 The longtime home of late entertainer Jayne Meadows, pictured, and her husband, former "Tonight Show" host Steve Allen, is on the market in Encino. (Coldwell Banker)

Say hello to my little history

Homes with ties to the classic mob film "Scarface" have generated countless headlines over the years, thanks to equal parts great filmmaking and nostalgia. Twenty years ago this week, the film's director, Brian DePalma, made a Hot Property cameo after cutting a deal in Sherman Oaks. He sold his 6,000-square-foot home with canyon and city views to political media strategist David Bienstock.

These days, it's a different property with ties to Tony Montana that has our attention, and for different reasons. Listed for as much as $35 million last year, a Montecito mansion used in the wedding scene of the movie saw its asking price slashed nearly in half to $17.9 million earlier this year. 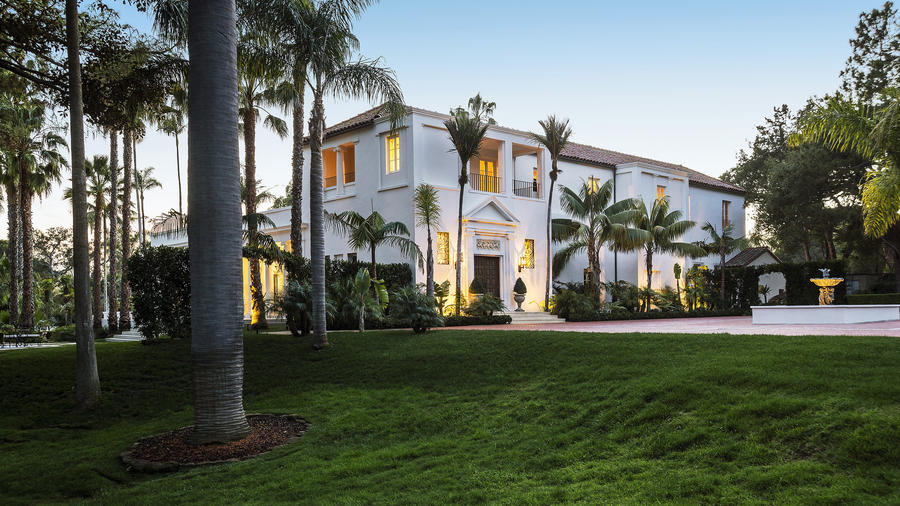 The mansion in Montecito used as a backdrop for the film "Scarface" has been reduced from $35 million to $17.9 million. (Tom Ploch)

Los Angeles Times Business reporter Roger Vincent gave us a sneak peek inside the renovated Clifton's cafeteria downtown that will reopen next month after a four-year makeover. The venerable institution, which dates to 1935 and once sold as many as 15,000 meals a day, is poised for a comeback. 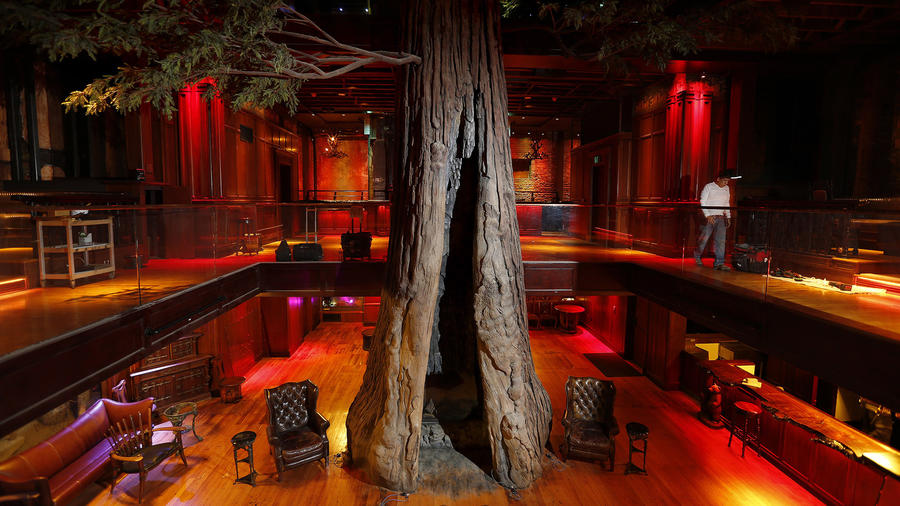 The renovated Clifton's features a three-story atrium, with something unusual to be seen in every direction. (Rick Loomis / Los Angeles Times)

New home products and innovations are everywhere, but writer Camilla McLaughlin does a great job harvesting the cream of the crop as presented this year at the annual International Builders Show in Las Vegas. Night lights built into outlet cover plates and flooring that helps clean the air were among the winners.