Newsletter: Hot Property: Fast times at the start of the homebuying season

We’ve just about hit the proverbial sweet spot in the homebuying season, the influx of inventory and hotbed of demand that begins in early April and keeps things interesting through July.

L.A. notables are no stranger to spring change. Already we’ve seen celebrities moving up, sizing down and trading spaces. Here’s a look at some that appeared on our radar.

The Australian artist known for her elaborate wigs sold her A.F. Leitch-designed home in the historic neighborhood for $4.75 million. It’s a quick turnaround for the “Elastic Heart” and “Titanium” singer, who bought the elegant and arresting 1920s home last summer only to list it for sale after just four months of ownership. 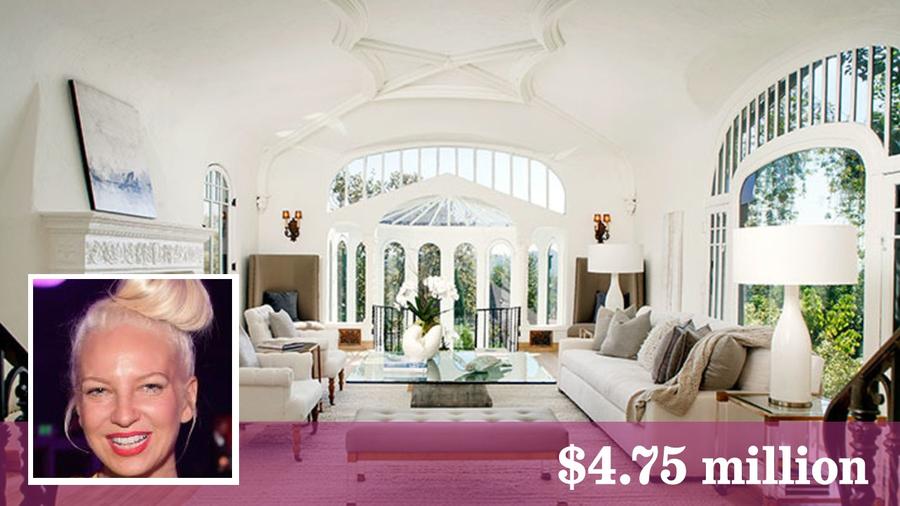 She’s since decamped to the relaxed confines of Toluca Lake, where in December she bought a compound with a recording studio for $5.15 million.

The rent is too darn high

Joe Jonas of Jonas Brothers fame has a new lease on life, or rather, a new mortgage on one.

The actor-singer recently picked up a stylish and gated modern farmhouse in the Sherman Oaks area to the tune of $3.7 million. The 5,600-square-foot home has plenty of bells and whistles for a young entertainer: Custom barn doors, a wet bar, a home theater and a black-bottom swimming pool are among the highlights. 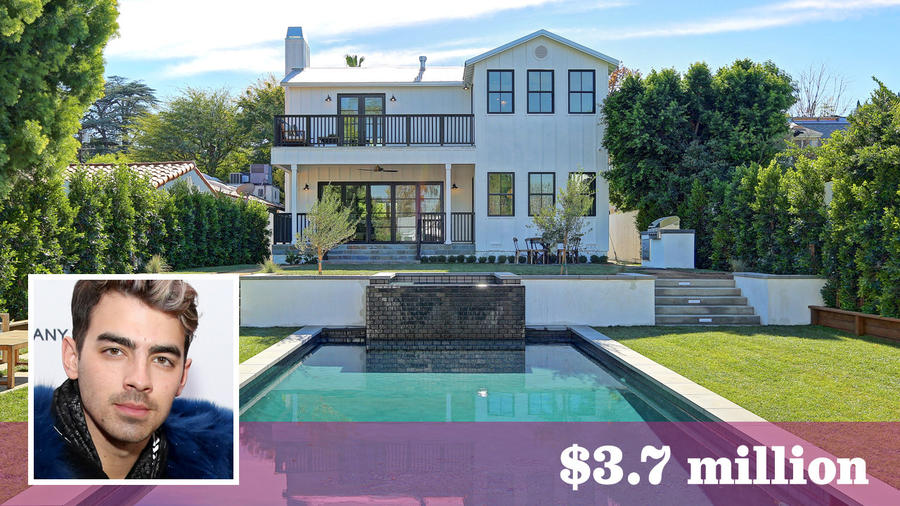 Prior to the sale, Jonas was leasing a groovy midcentury modern marvel in Hollywood Hills West for a cool $40,000 a month.

The Valley is his jam

Count Deryck Whibley among those moving on up in the new year. The punk rocker of Sum 41 fame has put his longtime digs in the Sherman Oaks area up for sale for $2.799 million. He bought the toned-down, Spanish-style house of more than 5,300 square feet seven years ago for $1.7 million. 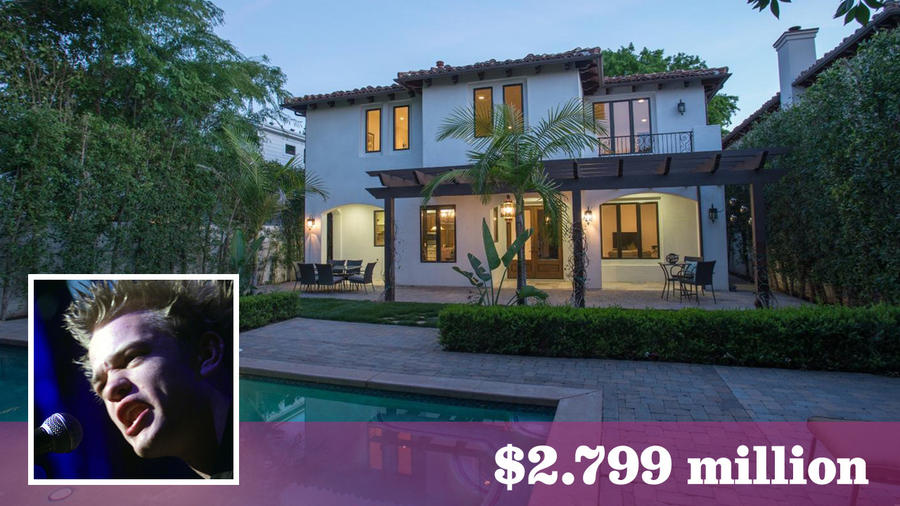 Whibley’s moving vans won’t be traveling too far, however. In December, he bought a new house in the Amestoy Estates area of Encino for $2.8 million.

Self-help author Tony Robbins is hoping to inspire a buyer by price-chopping his La Quinta estate by $1 million. Previously listed at $4.995, the Mediterranean house on more than half an acre is now for sale at $3.995 million.

The 8,500 square feet of interiors is prime for entertaining with walls of glass, an outdoor entertainment space, a private putting green and a swimming pool. A two-bedroom casita complements the main house to complete the grounds. 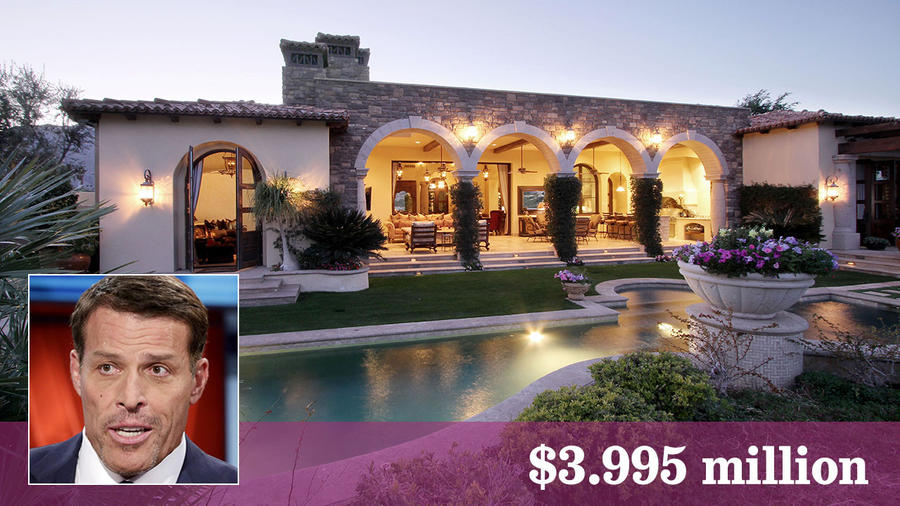 The more than half-acre estate in La Quinta centers on a Mediterranean house built a decade ago. (HOM Sotheby's International | Associated Press)

Scripting and exit in the Birds

Leave it to filmmaker James Wan to supply the drama. The director-producer of “Saw” fame sold his home in the Bird Streets area of Hollywood Hills West for $13.125 million in a deal that played out off-market. That’s a little over $3 million more than what Wan bought the updated California contemporary for two years ago: $9.75 million. 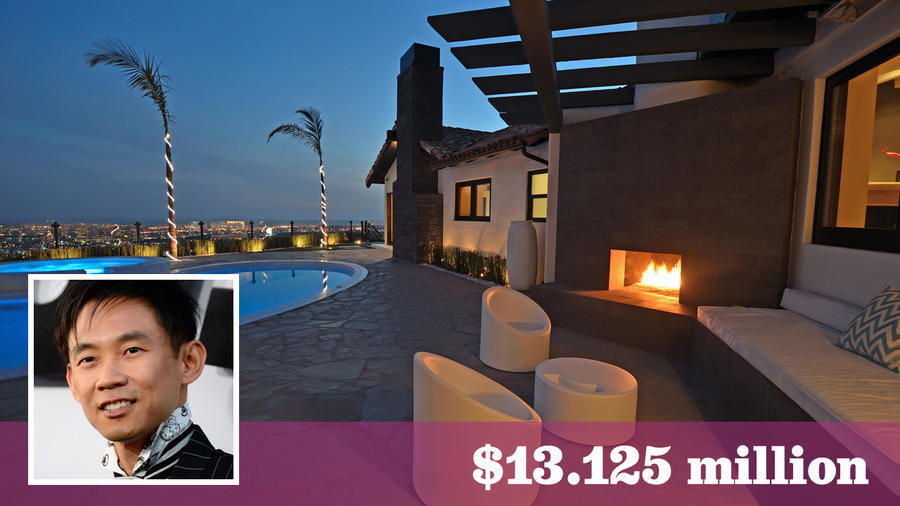 Calabasas by way of Tarzana

What do Filipino entertainer Sharon Cuneta and actor-comedian Allen Covert have in common? Similar taste in real estate, apparently.

Cuneta recently sold her traditional-style home in a gated Calabasas neighborhood to the “Grandma’s Boy” star for $2.17 million. Covert, in turn, recently parted ways with his Cape Cod-inspired house in the flats of Tarzana for $1.649 million. 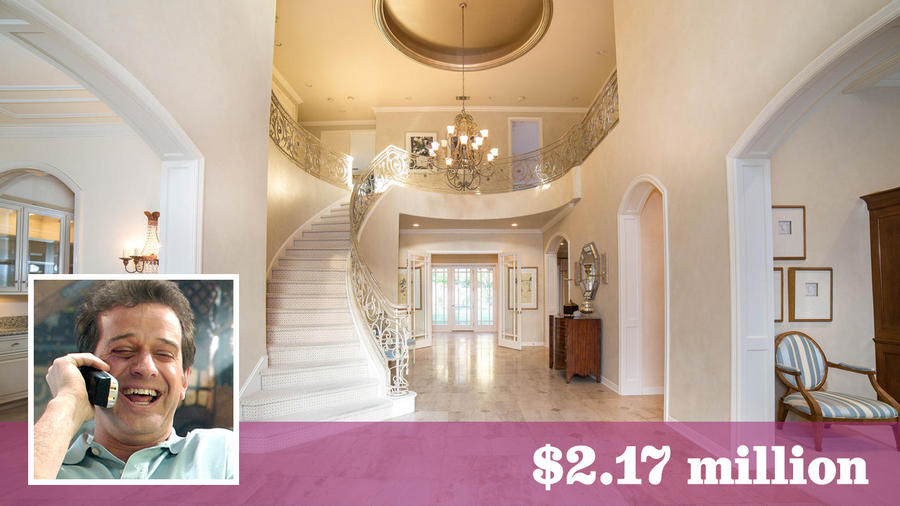 Maybe professional football player Joe Haden thought it was the Cleveland Browns, and not the St. Louis Rams, who relocated to Los Angeles during the offseason. The Browns defensive back recently dropped $4.3 million on a new home field in the Encino area.

The East Coast-inspired house of 6,800 square goes the distance with a range of perks: disappearing walls of glass, a temperature-controlled wine cellar, five A/C units and a 10-seat movie theater. A basketball half-court and a saltwater swimming pool highlight grounds of more than half an acre. 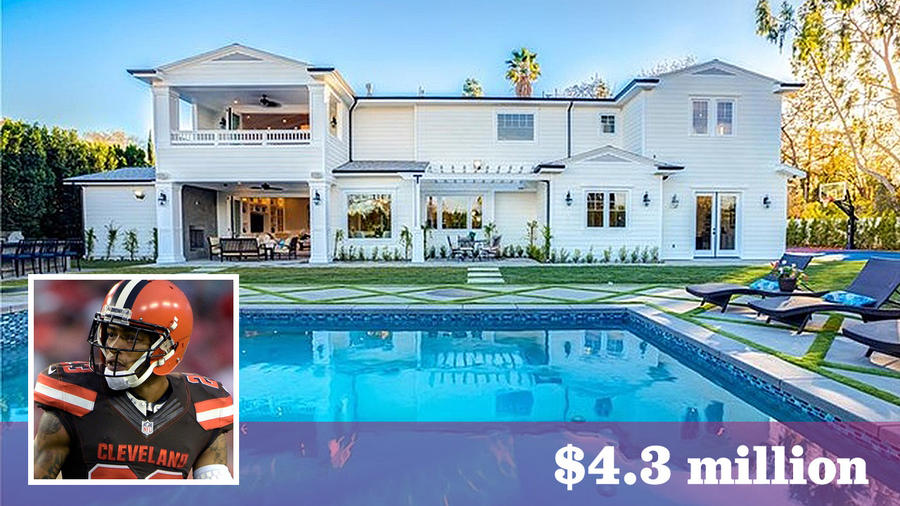 It was twenty years ago this week that Robert Beltran of “Star Trek: Voyager” fame beamed into Los Feliz with the purchase of a vintage Spanish-style house for about $445,000. More recently, it’s been Beltran's Federation cohort Jeri Ryan who has been making headlines. The actress known for her role as Seven of Nine on the sci-fi series has put a $6.999-million price tag on her French-inspired estate in Encino. 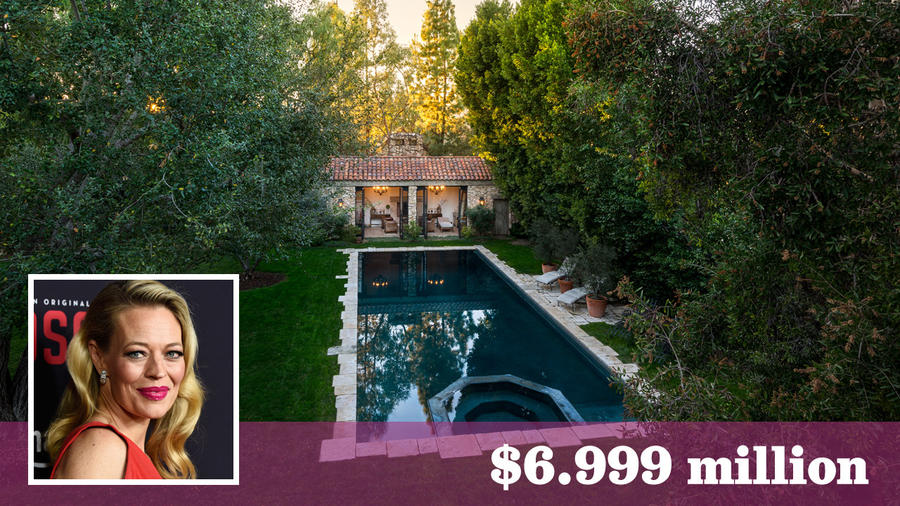 One of the more famous Hollywood breakups played out a decade ago this week in the pages of Hot Property. Jennifer Aniston and Brad Pitt, months removed from their A-list split, finally decoupled from their shared home in Beverly Hills for close to the asking price of $24.95 million. Neither of the actors were living at the classic Wallace Neff-designed home, which they bought for $13.5 million in 2002, when escrow closed.

— Low inventory and a competitive market continue to push U.S. home prices to new heights, according to the latest Standard & Poor’s/Case-Shiller report. The 20-city home price index saw a gain of 5.7% compared to the previous year, including a 6.9% increase in Los Angeles and Orange counties.

— Think L.A.’s home prices are high? Estately.com has mapped out home prices in the Bay Area in relation to the transit stops along BART and Caltrain. Topping the list at an average of $1,630 per square foot was the Caltrain California Ave. stop in affluent Palo Alto. The Pittsburg/Bay Point BART Stop came in at the opposite end of the spectrum at a somewhat more reasonable $219 per square foot.