First, there was Reader’s Digest. Then there were CliffsNotes. More recently, SparkNotes joined the quick-read category. For you, dear reader, we have the Hot Property newsletter — the year-round gift that keeps on giving.

Here we condense the labor of a week or more into easy-to-digest bites. After all, in this season of overindulgence, time and appetites are limited.

The 1920s home, in the Nichols Canyon area, features an open floor plan, large picture windows and a den with three walls of built-in bookshelves. There are two fireplaces with brick surrounds, one in the living room and the other in the master bedroom of the 1,700-square-foot home.

A detached guesthouse/studio and a swimming pool also sit on the property. 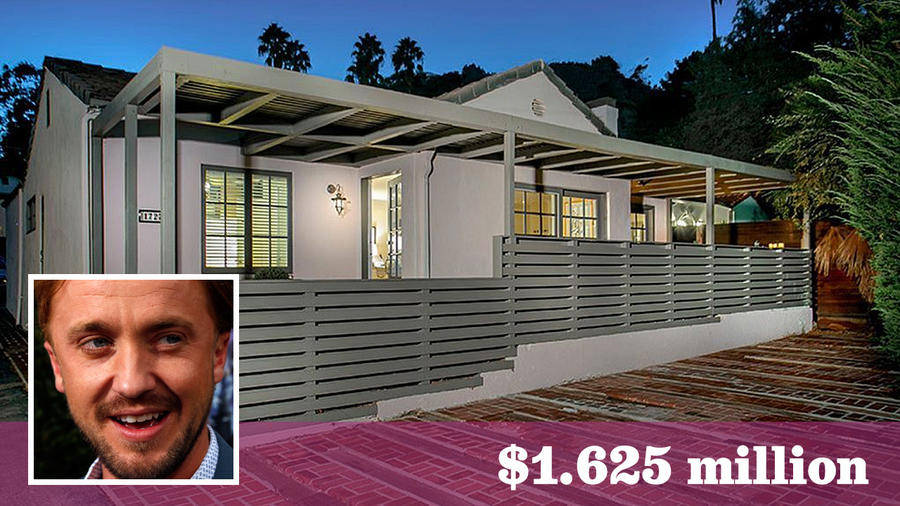 Living and dining rooms, a den, three bedrooms and two bathrooms lie within the unit’s nearly 2,800 square feet of living space. A pair of balconies extend the living space outside and bring in city views.

He bought the condo four years ago for $1.249 million. 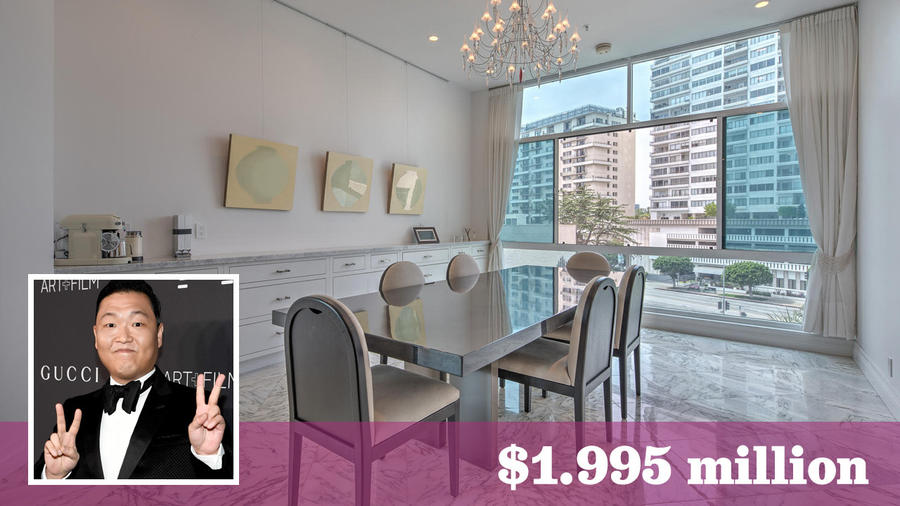 The romance is over

Singer-songwriter Gerard Way, co-founder of the band My Chemical Romance, has parted with his home in hipster Highland Park for $1.158 million.

The Midcentury contemporary contains six bedrooms, four bathrooms and 3,600 square feet of living space. The funkiest feature is the ’60s vintage stone fireplace next to the glass-enclosed modern shower in the master bedroom suite. A tub stands in the center of the large bathroom.

Set on a hillside, the two-story house takes in city views.

Way, 39, has been working on his solo career since My Chemical Romance dissolved in 2013. He is married to bassist Lyn-Z of Mindless Self Indulgence. 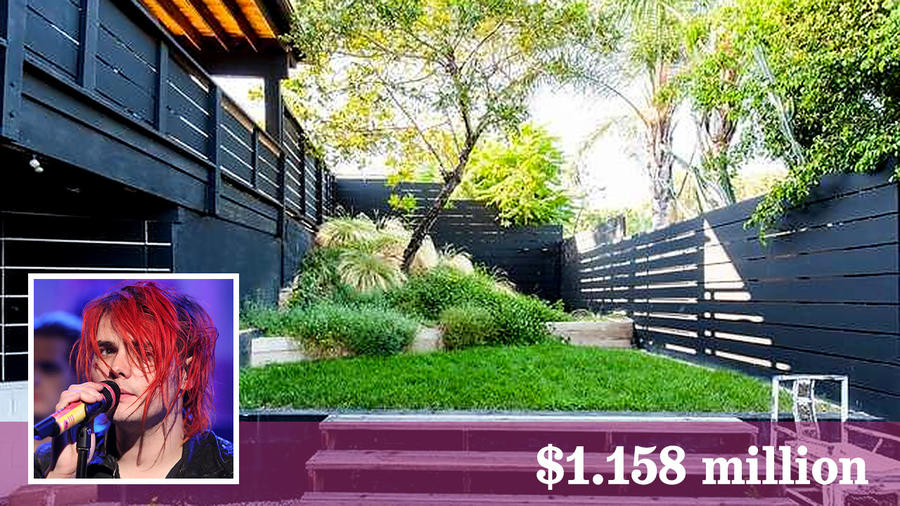 Actor Jackson Hurst of “Drop Dead Diva” fame has picked up a Valley Village home behind gates for nearly $1.4 million.

The Mediterranean-style house has a foyer, formal living and dining rooms, a family room, an updated kitchen with stainless-steel appliances, five bedrooms and five bathrooms within its nearly 3,200 square feet of living space.

Outdoor spaces include a patio, a spa, a lawn and a rock waterfall.

Hurst, 37, was a regular on “Drop Dead Diva” throughout its 2009-14 run. This year, he appeared on the series “NCIS: Los Angeles” and starred in the film “Day of Reckoning.” He’ll star in the upcoming thriller “Wraith.” 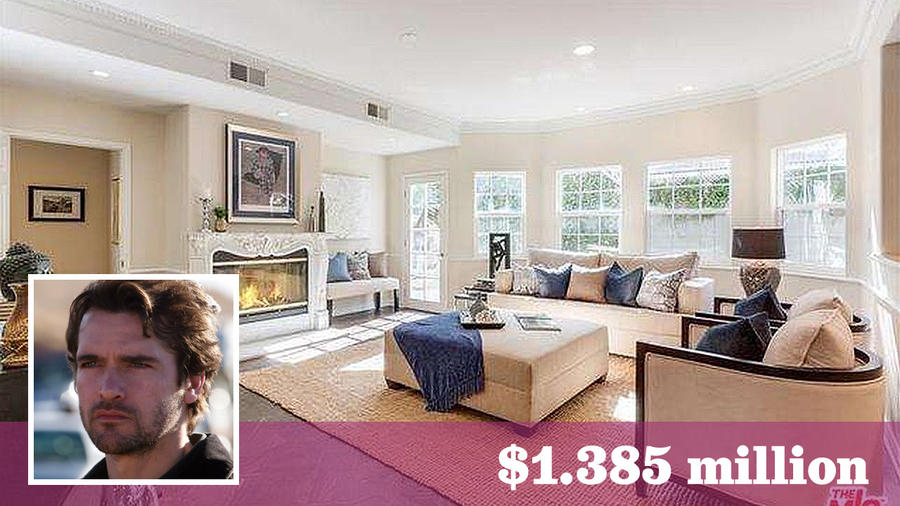 Blast from the past

His name captured our attention because Hot Property founder Ruth Ryon was friends with Sidney and his wife, Corinne, and likely visited the Bauhaus-inspired home. The home has remained in the family since Sidney’s death in 2002 at 85.

The modern 11,000-square-foot monolith is reached by a stone walkway that ends at a gated courtyard. Groupings of square and glass-block windows are positioned on either side of the wide front of the house. A skywalk overlooks the courtyard.

There’s also a maid’s room with a kitchenette and a separate entrance. A large patio surrounds a swimming pool. Views take in the golf course. 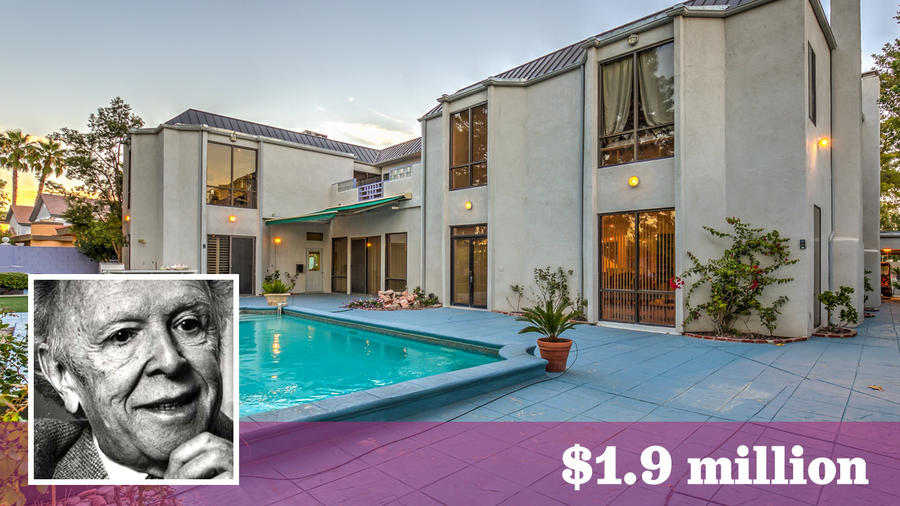 While we’re in Vegas

Speaking of Las Vegas, the home of entertainer Penn Jillette of the Penn & Teller magic duo has sold for $1.88 million.

The colorful compound on about nine acres was built in 1982 and expanded by Jillette during his two-plus decades of ownership.

Surrounded by concrete walls, the fantastical property includes a 14-seat movie theater, a recording studio, seven bedrooms and eight bathrooms in more than 7,900 square feet of living space. Cheetah-print carpeting and brightly colored walls were among the interior details.

How much of the house is still standing remains a question. In August, Jillette told the Las Vegas Review-Journal that the home would be demolished by a tank in a scene for a horror movie. 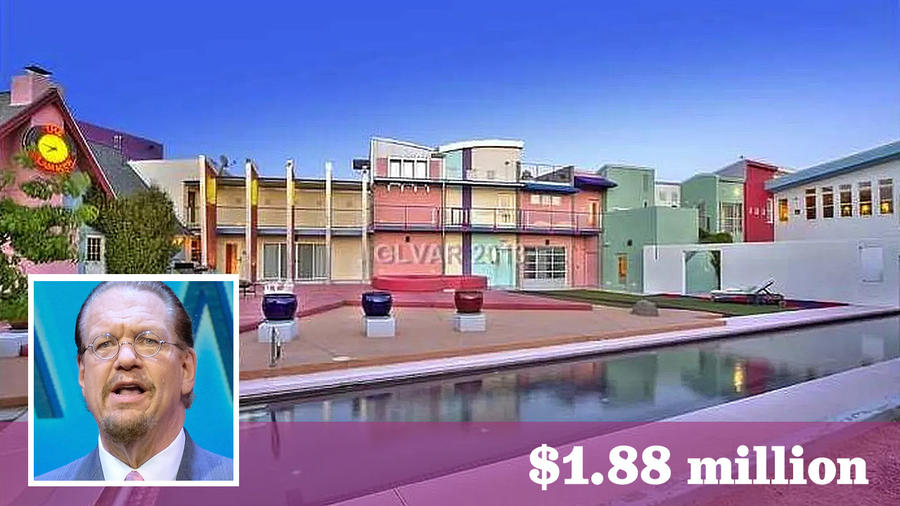 Ten years ago, bassist Michael Balzary, better known as Flea of the Red Hot Chili Peppers, bought a Malibu beach home listed at close to $10.5 million. He planned to renovate the one-story house, set on slightly more than two acres, before moving in.

— A Suffolk County, N.Y., building that once housed the offices for Billy Joel’s Maritime Music is for sale, Newsday reports. The circa-1884 building, which originally was a Southampton Coal & Produce barn and weigh station, is listed for $2.999 million.

— President-elect Donald Trump’s wealthy Cabinet picks have Washington, D.C., real estate agents seeing dollar signs, according to Bloomberg. Rather than take homes off the market during the holidays, some agents are keeping their listings active in hopes of snagging a Trump team buyer.

— Just for grins: Estately.com spotted a Hollywood Hills West home for sale that it likened in appearance to a stack of marshmallows. As viewed from the pool area, we must agree.