Happy Friday! This is L.A. Times film writer Susan King, and here is the latest edition of the Classic Hollywood newsletter. Every Friday I get to share with you my passion for the Golden Age of Hollywood including the latest DVD releases, vintage film screenings and events in Hollywood, notable births and deaths, movie milestones and my memories of interviews with some of the legends of yesteryear.

This Sunday marks the 65th anniversary of the release of Joseph L. Mankiewicz’s “No Way Out,” which marked the feature film debut of trailblazing African-American actor Sidney Poitier, the first black performer to win the lead actor Oscar, for 1963’s “Lilies of the Field.” I had the great good fortune to interview Poitier, now 88, four times in the 1990s. He was always charming, intensely intelligent, fascinating and funny. After our first chat, he even sent me a letter encouraging me to write a book.

Getting back to “No Way Out,” the racial drama has been overshadowed over the years by Mankiewicz’s Oscar-winning classic “All About Eve,” which also came out in 1950.

One of the early Hollywood films exploring race relations in post-World War II America, “No Way Out” finds Poitier as a young intern who is the first black doctor at an urban county hospital. Two racist brothers, played by Richard Widmark and Dick Paxton, shot during a robbery attempt are brought to the hospital’s prison ward and are tended to by Poitier’s Dr. Brooks. Needless to say, Widmark’s Ray Biddle is merciless with his racial slurs.

Poitier told me that “No Way Out” was banned from theaters in some areas of the South. “But it was not closed out entirely,” he said.

“No Way Out" wasn’t the only film Poitier appeared in that caused controversy. So did 1955’s “Blackboard Jungle,” Richard Brooks’ acclaimed drama exploring problems at an inner city New York high school. Poitier, who played a student at the school, noted that when the film was released America was not ready to acknowledge problems in schools. 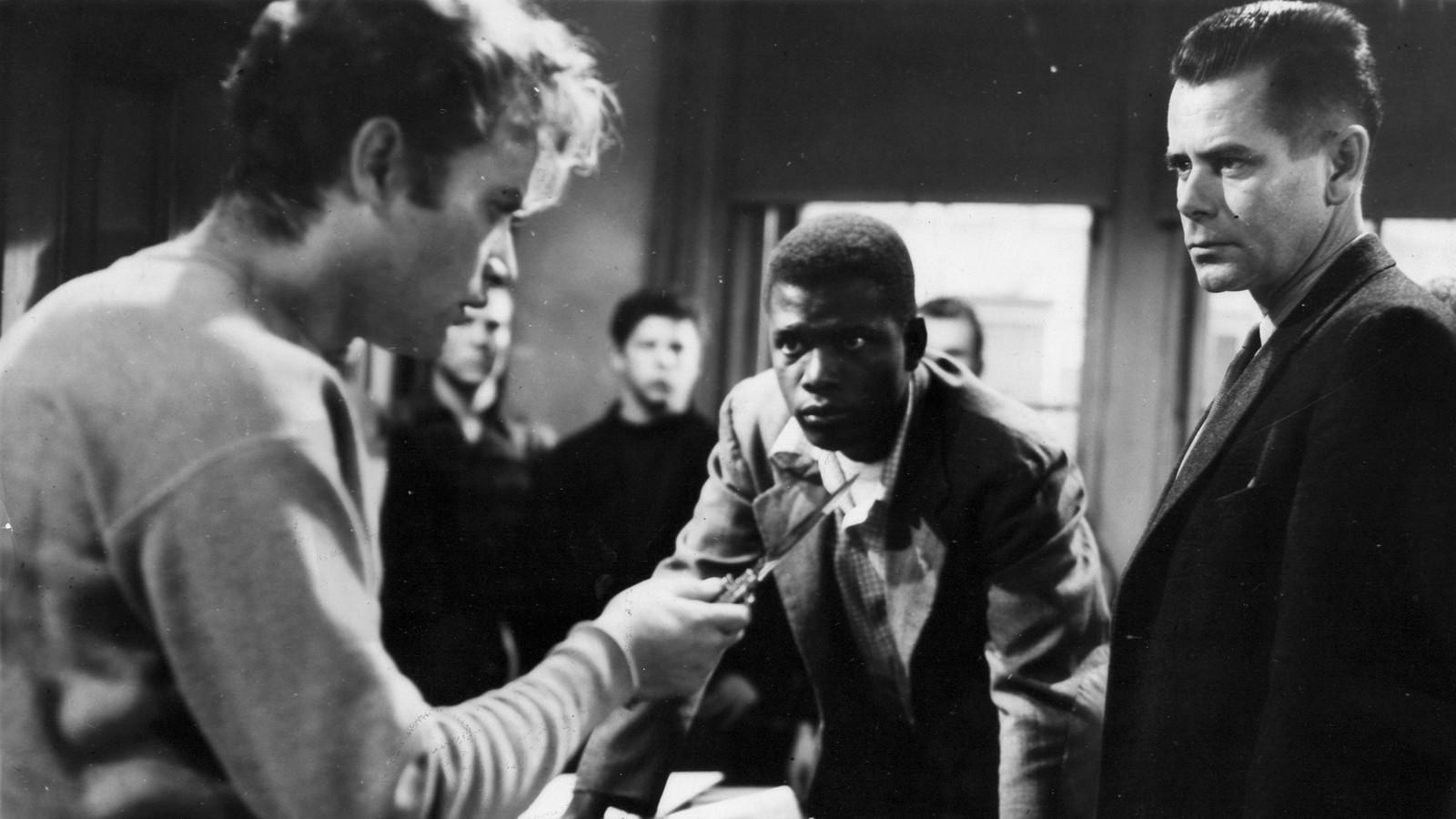 The conservative Clare Boothe Luce, who was ambassador to Italy at the time, went so far as to call the film Communist propaganda, Poitier recalled. “Times have changed in so many ways," he said, "but we still have the problems [in schools], infinitely more than we ever had.”

Nothing prepared him for his first trip to apartheid South Africa in 1950 to make “Cry, the Beloved Country” with actor Canada Lee.

“That experience in South Africa in 1950 [made an impact],” Poitier said. “I mean, it was stunning in its brutality. The law required that we live 26 miles outside the city of Johannesburg. They rented us a farm for that purpose. A car would come and get us in the morning and take us into Johannesburg to the studio. When we were done, we would get in the car and it would take us out of the city and back to the farm.

“I was a fairly alert kid when I was that age, so I knew to expect it would be different from where I came from, but I really wasn’t ready for the extent of it.”

Do you remember the 1930s movie comedy team of Biffle and Shooster? Don’t feel bad if you don’t, because they never existed until recently. A few years ago comic actors Nick Santa Maria and Will Ryan created the crazy characters: former vaudeville performers who can sing and dance, deliver one-liners with great ease and slap each other silly on cue. Michael Schlesinger, known as the dean of classic film distributors, has written, directed and produced ’30s-style comedy shorts starring the faux team including four screening Sunday afternoon at the American Cinematheque’s Egyptian Theatre: “The Biffle Murder Case,” “Imitation of Wife,” “Schmo Boat” and “Bride of Finklestein.” There will be a cast and crew discussion after the program. 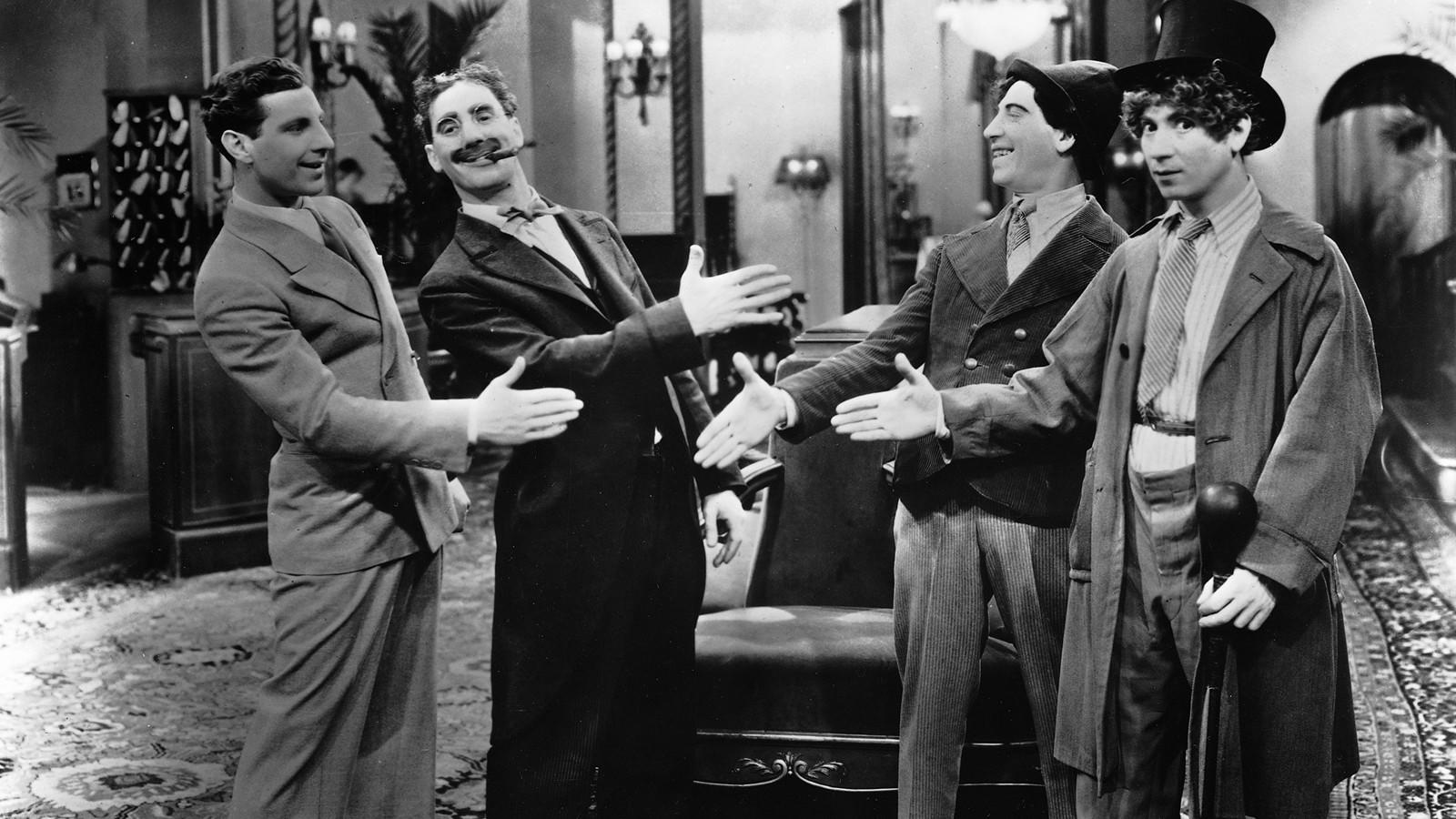 The Marx Brothers in "The Cocoanuts." (Universal)

Though I never met Groucho -- I interviewed his late son Arthur a few times -- I got to see him in person seven months before his death at the age of 86 in August 1977. I was a student at USC and had spent more money than I had to see the award-winning revival of “The Royal Family of Broadway” at the then-Huntington Hartford in Hollywood. Waiting for the matinee to begin, I heard the audience start to buzz and whisper behind me. I turned around and there was Groucho making his way to his seat wearing a brightly colored golf hat!

I’m an unabashed fan of John Gilbert. I love his silent movies such as 1925’s “The Big Parade” and his first film with Greta Garbo, 1926’s “Flesh and the Devil.” He was handsome and debonair, the perfect leading man. But then sound arrived. There was no love lost between Gilbert and MGM’s studio head Louis B. Mayer, who put him in the horrendous 1929 talkie “His Glorious Night.” The reviews were bad not only for the overblown melodrama, but also for Gilbert’s voice, which was described as high-pitched. 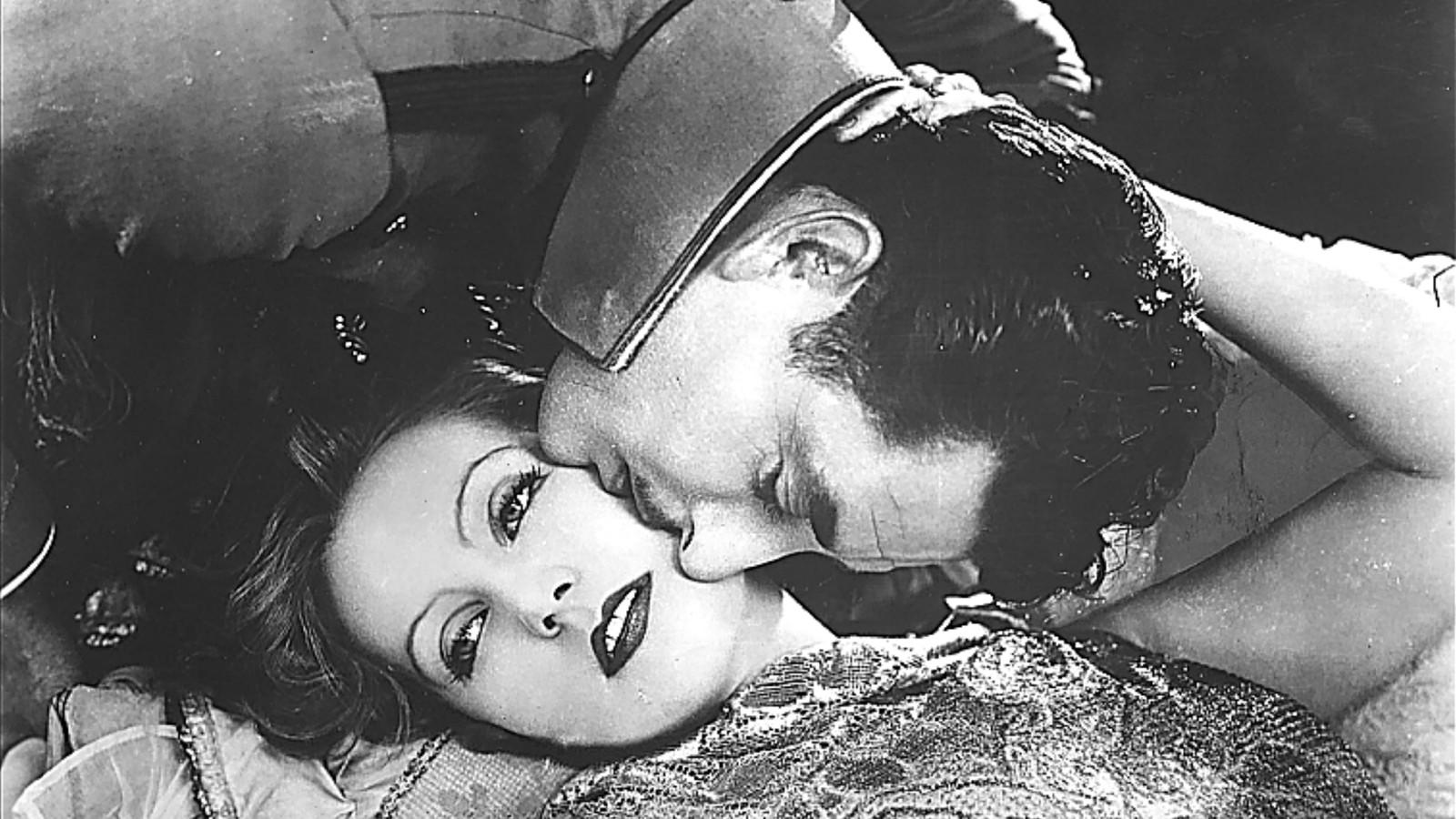 Greta Garbo and John Gilbert warm up the screen in "Flesh and the Devil." (MGM)

But if you watch his other talkies, Gilbert’s voice was absolutely fine. In any case, his career never recovered from “His Glorious Night,” and Gilbert, who battled alcoholism, died in 1936 of a heart attack.

This week, Warner Archive released several of his MGM talkies on DVD. Though these films are far from classics, if you love Gilbert as much I do you’ll want to check them out: 1930’s “Way for a Sailor” and “Redemption” and 1931’s “The Phantom of Paris” and “Gentleman’s Fate.”

In this Sunday’s Classic Hollywood, I have a blast with the funny, affable Barry Bostwick, the Tony Award-winning (“The Robber Bridegroom”) actor who originated the role of Danny on Broadway in “Grease” and is best known as Brad Majors in the cult musical classic “The Rocky Horror Picture Show,” which celebrates its 40th anniversary this year. He also played the dim-witted New York mayor opposite Michael J. Fox in the 1996-2002 ABC comedy series “Spin City” and recently portrayed Fitz’s (Tony Goldwyn) overbearing father in a controversial episode of ABC’s “Scandal.” In his latest project, the Hallmark Movies & Mysteries romantic comedy “Love Under the Stars,” which premieres Sunday, he portrays a college professor who mentors a young graduate student.

This Sunday marks the 59th anniversary of the death of horror legend Bela Lugosi, who after years of narcotics addiction died of a heart attack at the age of 73. The Hungarian-born actor came to fame in 1931 in Tod Browning’s classic Universal horror film “Dracula" and was one of the top stars at the studio in the 1930s. Though he got a chance to do a few non-horror roles, such as in Ernst Lubitsch’s 1939 comedy “Ninotchka,” Lugosi was typecast in the genre. He became the muse of Ed Wood near the end of his life, appearing in 1953’s “Glen or Glenda,” 1955’s “Bride of the Monster” and “Plan 9 From Outer Space,” which he was making at the time of his death. Twenty years ago, Martin Landau won the supporting actor Oscar for his performance as Lugosi in Tim Burton’s 1994 biopic “Ed Wood.” Here is the Times obit on Lugosi as it appeared in the paper on Aug. 17, 1956.