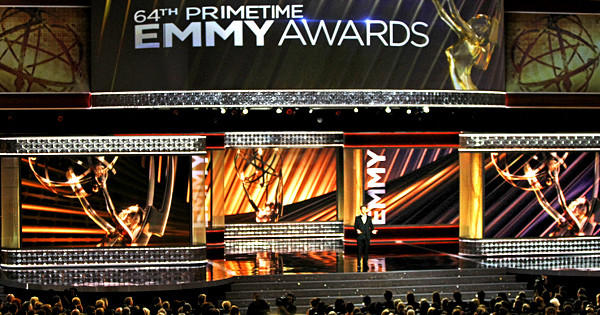 "Mad Men," "30 Rock," "Boardwalk Empire" and "Game of Thrones" are among the nominees for the 64th Primetime Emmy Awards.

The Academy of Television Arts & Sciences announced the nominees July 19, presented by Kerry Washington of "Scandal" and Jimmy Kimmel, who is hosting the Emmys in September and received a nomination in the variety series category. The list includes many of last year's nominees, including "Mad Men," which has taken the drama series Emmy for four consecutive years, and "Modern Family," which has won twice for comedy series.

New to the ballot are "Veep," "Girls" and "New Girl" actress Zooey Deschanel.