Days are getting shorter, pumpkin spices are contaminating our coffee and beer, and the temperatures in L.A. are dropping into the 80s.

All of which means it’s high time to roll out the season’s first Oscar Watch column, where, every Monday, I’ll chronicle the smiles, the frowns, the ups, the downs of the film awards season, culminating with the Academy Awards in February. 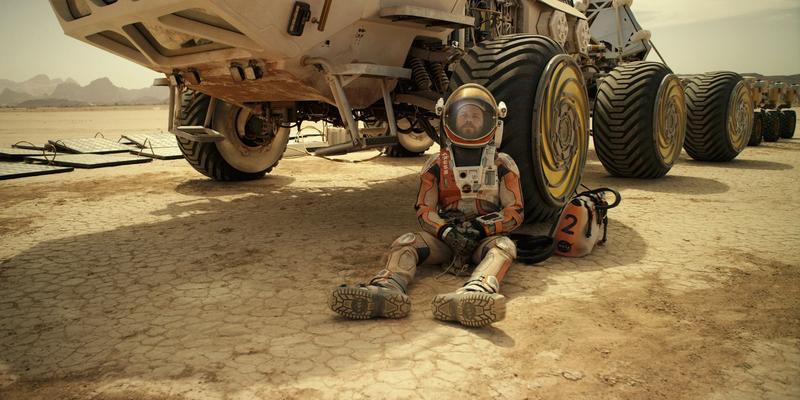 Ridley Scott’s sci-fi rescue survival tale packed theaters this weekend, including the film academy’s Samuel Goldwyn in Beverly Hills, where many Oscar voters were turned away a good 20 minutes before the movie’s scheduled start time.

“I have never seen that happen,” said one academy member. It didn’t help, added another, that the academy currently lets members bring up to three guests. (Soon, because of heavy demand, that number will be reduced to one.) “Still,” the voter added, “there was a lot of excitement in the air. People wanted to see this movie and, once it started, they were really into it.”)

Which makes “The Martian” the best-received academy screening since “Straight Outta Compton” in August. Like its predecessor, “The Martian” is a superbly crafted studio movie, wildly entertaining and, judging from the line outside the Goldwyn on Saturday night, capable of drawing huge interest from Oscar voters.

Scott has earned three prior nominations (“Black Hawk Down,” “Gladiator,” “Thelma & Louise”) and accumulated a ton of goodwill over his illustrious career. Though he remains a long shot to be nominated, it’s easy to envision a scenario in which his crowd-pleasing movie makes the best-picture cut and picks up a handful of below-the-line noms.

“Everyone I talked to afterward just loved this movie,” said the academy member, an Oscar-nominated producer who made it into the screening. “It might not be serious enough for some voters, but I’d like to think there’s a place for a film where you leave the theater not wanting to commit suicide.” 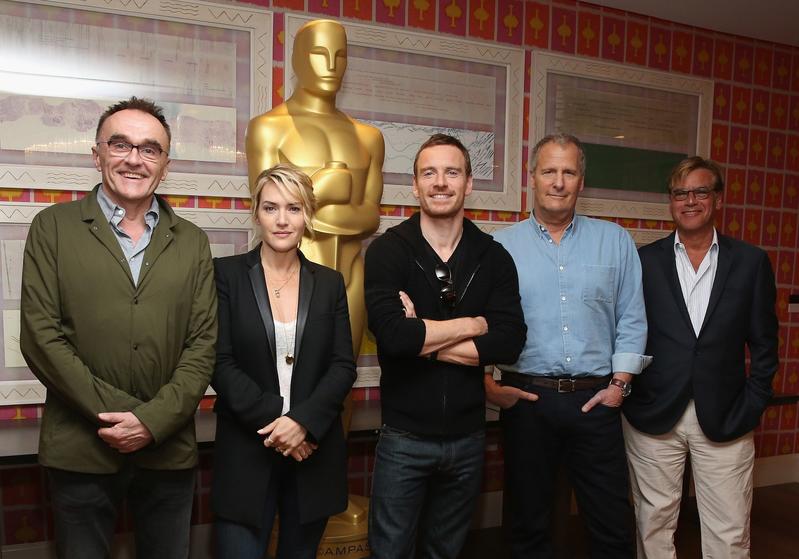 Meanwhile, across the country, the audacious backstage biopic “Steve Jobs” enjoyed a gala screening Saturday night at the New York Film Festival. The film’s impressive ensemble -- Michael Fassbender, Kate Winslet, Seth Rogen and Jeff Daniels, among them -- joined director Danny Boyle and screenwriter Aaron Sorkin afterward for a Q&A for a film that will, if nothing else, generate more think pieces than any other Oscar contender this year.

“That movie is one of only a few films so far that we can say for sure will be nominated for best pic,” said one academy member. “It’s great and a spectacle.”

The challenge, as Universal begins to roll out “Steve Jobs” this week, will be to broaden the conversation from focusing solely on Sorkin’s wordy screenplay. (“It’s Sorkin on steroids,” said a member of the academy’s writing branch, “and I mean that in the best possible way.”) Boyle won the Oscar for directing “Slumdog Millionaire,” and his work here lends the movie an electric immediacy. For “Jobs” to win best picture (it most assuredly will be nominated, as will Fassbender, Winslet and, of course, Sorkin), Boyle will need to find favor from the directors branch. 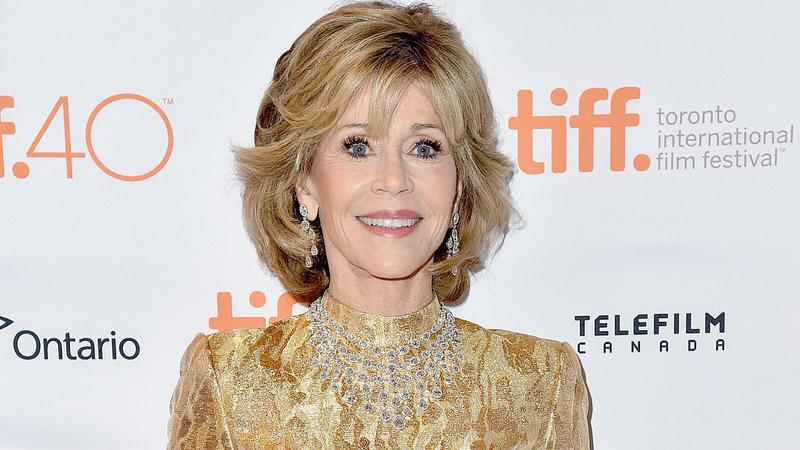 Jane Fonda knows how to speak Sorkinese, having picked up a couple of Emmy nominations for her work as a demanding CEO on Sorkin’s HBO series, “The Newsroom.” Fonda’s last Oscar nomination came nearly 30 years ago for “The Morning After,” but she’s a lock to return to the ceremony this year for a small, crucial role as a fading movie star in the upcoming movie “Youth.” (Why a lock? Demographics and she’s playing an actress.)

Fonda traveled to Goleta’s Bacara Resort & Spa on Saturday to pick up the Santa Barbara Film Festival’s Kirk Douglas Award, a career honor. She was really there, of course, for “Youth,” the Paolo Sorrentino film that she steals from the likes of Michael Caine and Harvey Keitel.

Fonda, 77, has been enjoying a career resurgence with “The Newsroom,” “Youth” and her Netflix series with Lily Tomlin, “Grace and Frankie.” She has also shown a willingness to press the flesh and keep that momentum rolling, which means you’ll probably be seeing a lot of her between now and her film’s December release date.

Steven Spielberg’s Cold War thriller premiered Sunday at the New York Film Festival, but not as one of the event’s prestigious opening, closing or centerpiece slots. That put expectations in check and, it would seem from the initial response, correctly so, as words such as “low-key” and “unassuming” were bandied about when the closing credits came up.

There would appear, initially at least, to be a generation divide at work here with older critics, those who have been around long enough to remember, you know, the Soviet Union, showering the movie with respect and love, while the youngsters are having none of it, calling “Spies” a “schmaltzy bore.”

Fortunately for Spielberg and actors Tom Hanks and Mark Rylance (who has a showy role as a Soviet spy), the academy is made up of people predisposed to love this kind of classical filmmaking. And the story, chronicling lawyer James B. Donovan’s negotiations for the release of downed U-2 pilot Francis Gary Powers, is a stirring celebration of personal integrity ... with a Coen brothers co-authorship credit. There are going to be a lot of older academy members eager to line up behind that.