The nominations for the 2015 Tony Awards are out, with the musicals "An American in Paris" and "Fun Home" leading with a dozen nominations apiece , and the plays "Wolf Hall Parts 1 and 2" and "The Curious Incident of the Dog in the Night-time" taking eight and six nominations respectively. Los Angeles Times theater critic Charles McNulty will be answering your questions about the Tony nominations today. Just tweet your questions at @CharlesMcNulty or use the hashtag #asklatimes, and look for the response here.

Do you think 'Fun Home' can pull off the win for best musical? 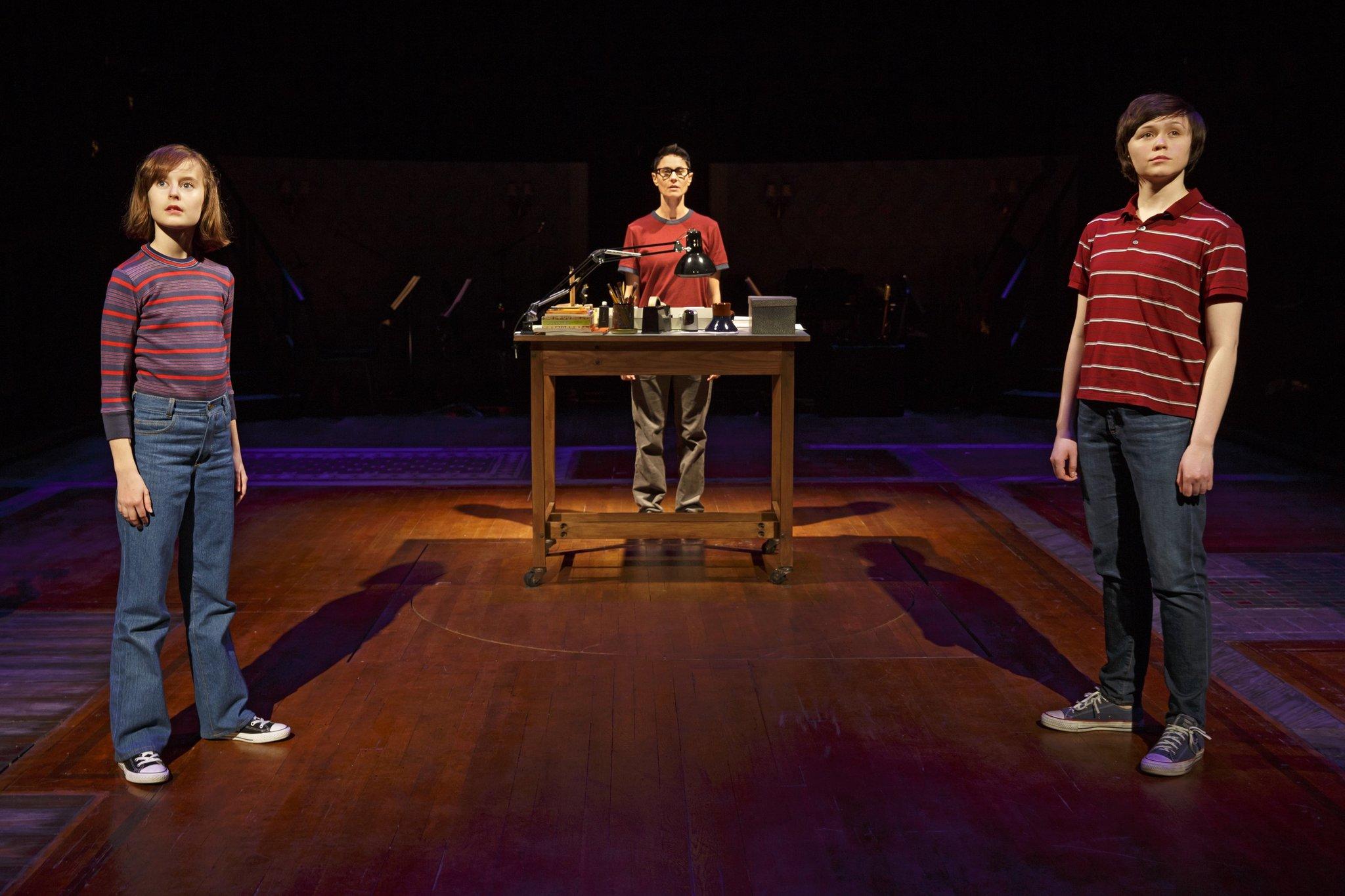 I do. “A Gentleman's Guide to Love & Murder” didn't win last year because of its touring prospect. It won because a majority of voters thought it was the best musical of the year. The Tonys are a marketing tool, but they're not just that. The art matters, and so I think “Fun Home” has an excellent shot at the award.

Don't you think we make way too big a deal out of the Tonys?

Yes. The best playwriting is happening off-Broadway and the best shows of this season got their start in the regional and off-Broadway theaters -- or in England, where the government still funds the arts. But Broadway still influences a good deal of the national repertoire, great work still occurs here (great acting especially), and there's a huge appetite for coverage. The Tonys are that rare time in American culture when the theater becomes popular, when the wallflower gets to waltz.

If you could watch any moment again from the Broadway season which would it be? 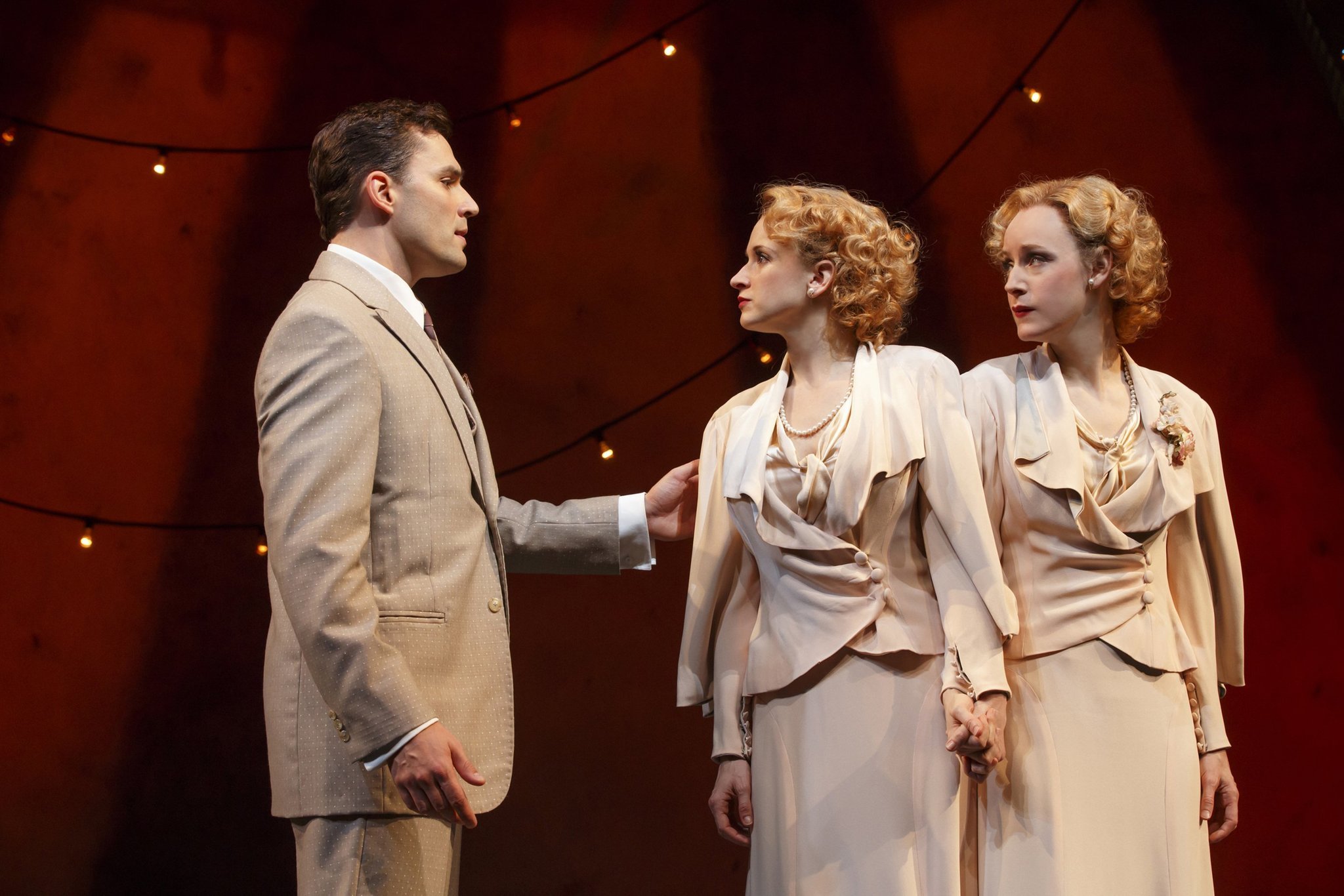 Ryan Silverman, left, Emily Padgett and Erin Davie in a scene from "Side Show." (Joan Marcus)

Well, probably Erin Davie and Emily Padgett singing either "Who Will Love Me as I Am?" or "I Will Never Leave You” from “Side Show." But there was an unscripted moment involving a cellphone that I wish I could re-experience. Yes, an infernal cellphone. During a climactic moment in "Constellations," a very tricky play in which the actors have to repeat scenes with slight variations, a cellphone rang and rang and rang and to make matters worse, it was one of those old-fashioned rotary rings. (A vintage pest!) Jake Gyllenhaal and Ruth Wilson paused, both waiting for the noise to cease. Once it finally stopped, Gyllenhaal gave Wilson sufficient time to gather herself. He just held her for a moment, which was perfectly in character, and then they resumed. It couldn't have happened at a worse time, yet the disruption had a way of magnifying the feeling between the two actors. I thought it was such a tender, generous gesture on Gyllenhaal's behalf. It actually made me cry. Good actors use everything that happens on stage, and they were both great that afternoon.

Performance of the year? 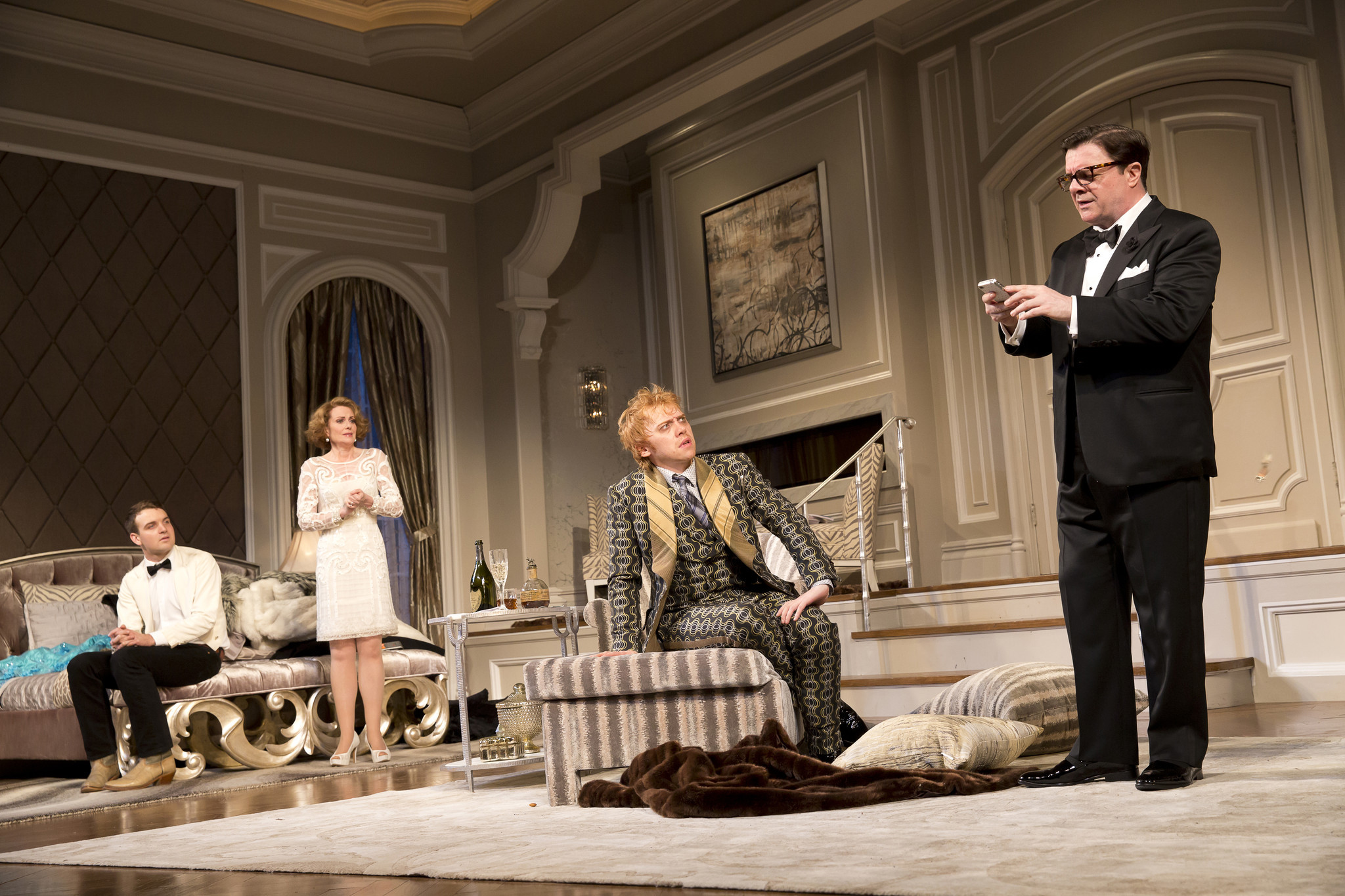 A scene from "It's Only a Play." (Joan Marcus / Gerald Schoenfeld Theatre)

I still haven't seen everything yet. I'm heading to New York next week to catch up. What stands out in my memory are superb smaller performances, such as Micah Stock in "It's Only a Play" and Clare Higgins in "A Delicate Balance." I thought Alessandro Nivola's concentrated intelligence was the best thing about "The Elephant Man" revival. (Nivola's part was in some ways the play's most demanding.) In terms of lead performances, Ruth Wilson broke my heart in "Constellations," Ben Miles was a better Thomas Cromwell for my money than Mark Rylance (an actor I revere), and Carey Mulligan in "Skylight" was exquisitely and resonantly restrained. She just keeps getting better.

What disappointed you most about this year's Tony nominations? 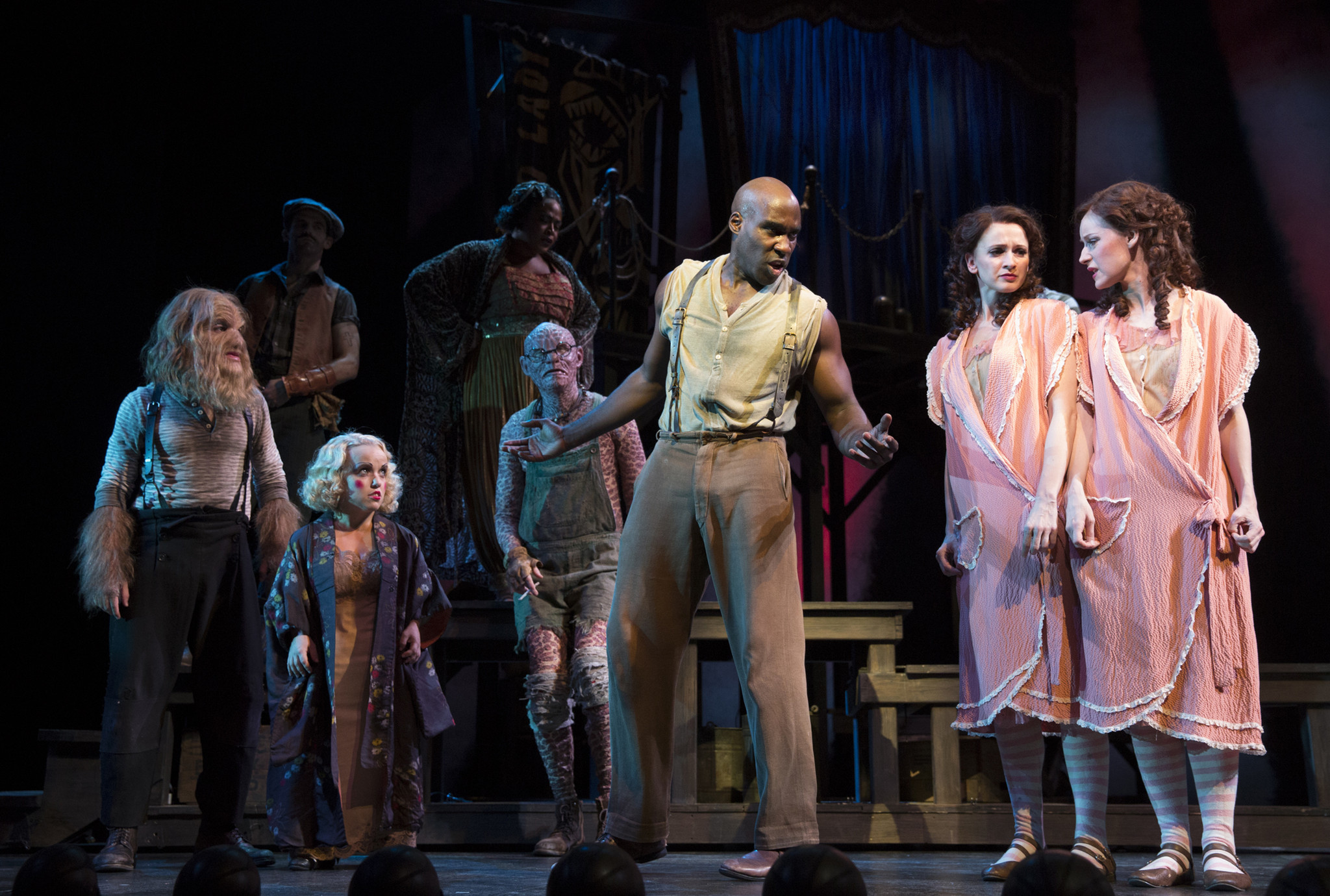 I'd like to have seen a little love thrown "Side Show's” way. That's a tough show, and director Bill Condon did a fabulous job balancing pizazz with heart. I also wish that Hari Dhillon, the star of "Disgraced," had received a nomination. I hate to keep picking on Bradley Cooper, but I don't think he would have been nominated without his movie star fame. 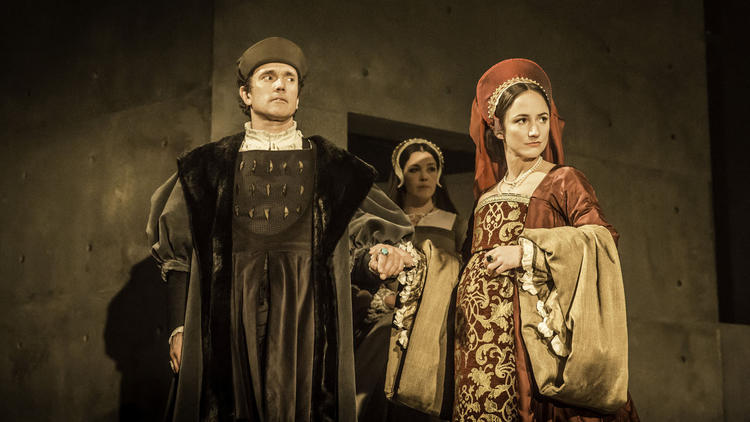 As Thomas Cromwell, the Machiavellian mastermind behind Henry VIII, Ben Miles surveys the comings and goings at court with a watchful reserve that shifts imperceptibly into murderous stealth.

A survivor who happens also to be a ruthless tactician, he moves like a shark whose fin is spotted by a swimmer only as teeth are clamping down on his leg. 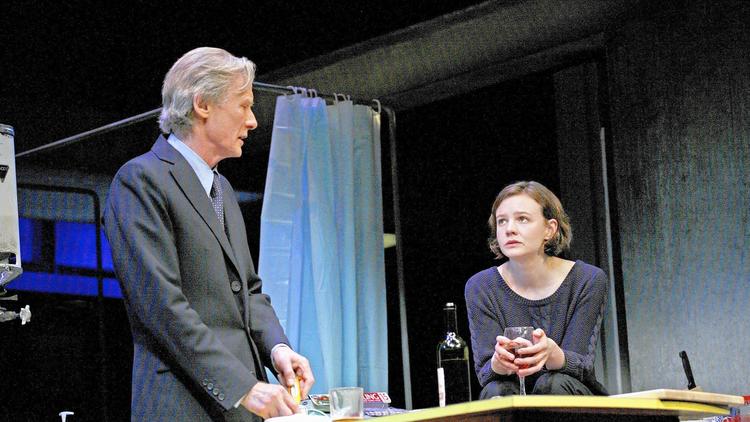 Both actresses were nominated for Tonys in the category of best performance by an actress in a leading role in a play on Tuesday.

Charles McNulty is the theater critic of the Los Angeles Times. He received his doctorate in dramaturgy and dramatic criticism from the Yale School of Drama.