Q&A: Faith Erin Hicks on ‘The Nameless City’: ‘I’d never done anything like it before’

The first book of an eventual trilogy, "Nameless City" is set in a fictional world based on historical China. Main characters Rat and Kai are from opposite sides of a conquest. One is a child of the Nameless City, and the other is the child of the latest nation to invade and occupy the other's home. It’s a challenging foundation for forging a friendship, but their shared love for the city helps them make it work.

While exploring the nuances of friendship may be nothing new to Hicks, the world of "The Nameless City" is a definite change for the Eisner Award-winning cartoonist, who is known for "The Adventures of Superhero Girl," "Friends With Boys" and "Nothing Can Possibly Go Wrong."

"Most of my stories have been set in modern times, a lot of them in high schools, and I was pretty burnt out on drawing school lockers," Hicks said in an email. "My editor makes fun of me for this. Like, I got sick of drawing school hallways and decided to draw complicated historical Chinese houses instead. What was I thinking?"

Of course that alone wasn’t what appealed to Hicks when developing a whole new world for the graphic novel.

"But seriously, it was the challenge of the thing, both doing the research into what history would influence this story, and then setting out to draw that in both an appealing and authentic way," Hicks said. "It appealed to me because I'd never done anything like it before."

Hero Complex readers can check out pages from "The Nameless City," published by First Second Books, below.

Hicks discussed Rat, Kai and "The Nameless City" over email.

What are the origins of “The Nameless City”? How long was this project in the works and how much did the city itself and characters like Kai and Rat evolve as your initial idea gestated?

"The Nameless City" has been in the works for a really long time, much longer than any of my other comics. I actually found very early sketches of the characters drawn in sketchbooks that date back to 2007.

Originally it was a fun side project, something to mess around with while I drew other projects. When drawing is your job, I find it's important to have fun things that aren't work-related to draw, and the initial Nameless City story was a way for me to play around with historical fantasy-inspired character design.

There was a lot of evolution in the story. Originally it was much more sprawling, and [I was] more interested in the world-building rather than the characters. But I'm definitely a writer who prefers writing characters and their arcs over intricate plots, so once I got interested in Rat and Kai's story, the comic became much more focused. Now the comic is specifically about Rat and Kai and their arcs as characters, and we see the world they live in through their eyes.

Some might say “Avatar: The Last Airbender” has set a pretty high bar for Asian-inspired fantasy. Even though “The Nameless City” is a different kind of story, in a different medium, were you worried at all about any comparisons to “Avatar”?

Haha, I would be totally fine with comparisons to "Avatar"! It's one of my favorite things in the world, and it definitely influenced "The Nameless City," although perhaps more in character arc and storytelling than world-building.

One of the co-creators of the show, Bryan Konietzko, was even kind enough to blurb my book. So I'm totally fine with comparisons to that show. It's an amazing accomplishment, and if people get the same feelings reading "The Nameless City" as they do watching "Avatar," I would be thrilled.

Rat and Kai’s friendship and the world of "The Nameless City" is steeped in larger themes of conquest and colonialism – were you hesitant at all to include some of these themes for a book intended for a younger audience? How conscious were you about introducing some of these heavier themes?

It wasn't something I thought too hard about, to be honest. I knew these were issues that I wanted to address in the book, and that it would be problematic if I presented the Nameless City as an uncomplicated, happy place to live, despite the cycle of war and invasion.

I did want to be careful in how I represented the violence of "The Nameless City" on the page. I wanted to be respectful of kids who might be upset by that violence, but I think it's important to bring up these complicated issues to kids. I think kids can be really smart and thoughtful, and can look at complex issues of conquest and a violent society trying to evolve into something different and understand that complexity.

Running is a big part of Rat and Kai’s initial interactions. Why running? Are you a runner? Any experience with parkour?

I'm a bit of a runner, although I don't claim to be much good at it. If I could just be healthy without exercising, that would be the dream! I kinda like sitting on my butt better than going jogging in the morning.

I'm definitely not a parkour person, but like many people who aren't skilled physically, I admire those who are. Mostly I felt the running and climbing was very much an aspect of Rat's character; she's physical and strong and knows the city like the back of her hand, and if Kai wants to befriend her, he has to keep up.

How different is it for you when working on a project as a serialized webcomic where people can see installments as you go versus working on a graphic novel that’s released in a complete volume in one release? What do you think are the benefits of the two processes?

Webcomics and print graphic novels are super different, and they have different things to recommend them. With webcomics you have the wonderful experience of having your reader alongside you while you create this story. So you get feedback and criticism (hopefully good criticism) while you work. You have the opportunity to evolve the story and choose new paths for it. However, the downside of that is sometimes you can get caught up in trying to please your audience.

Drawing a graphic novel by contrast is really solitary. It's just me and my editor working on "The Nameless City." And hopefully people will like it and respond to it when it comes out, but you don't really know what will happen. For better or worse, "The Nameless City" is my story, complete and whole. But is it good? I'm sure the readers will tell me.

What can you share about Part 2 of the series? What’s next for Rat and Kai and the city?

Book 2 of "The Nameless City" is going to be bonkers. I think I've upped my game in terms of drawing the world, so hopefully it'll look super gorgeous (Jordie Bellaire is back on colors, praise the comic gods).

The story takes place a few months after the events of Book 1, and the story threads from the first book ... (sorry, I'm worried about spoilers). We find out more about Rat and her family, and meet some of her friends, and we learn more about Kai ... as well. And then all hell breaks loose. I probably shouldn't say any more than that! 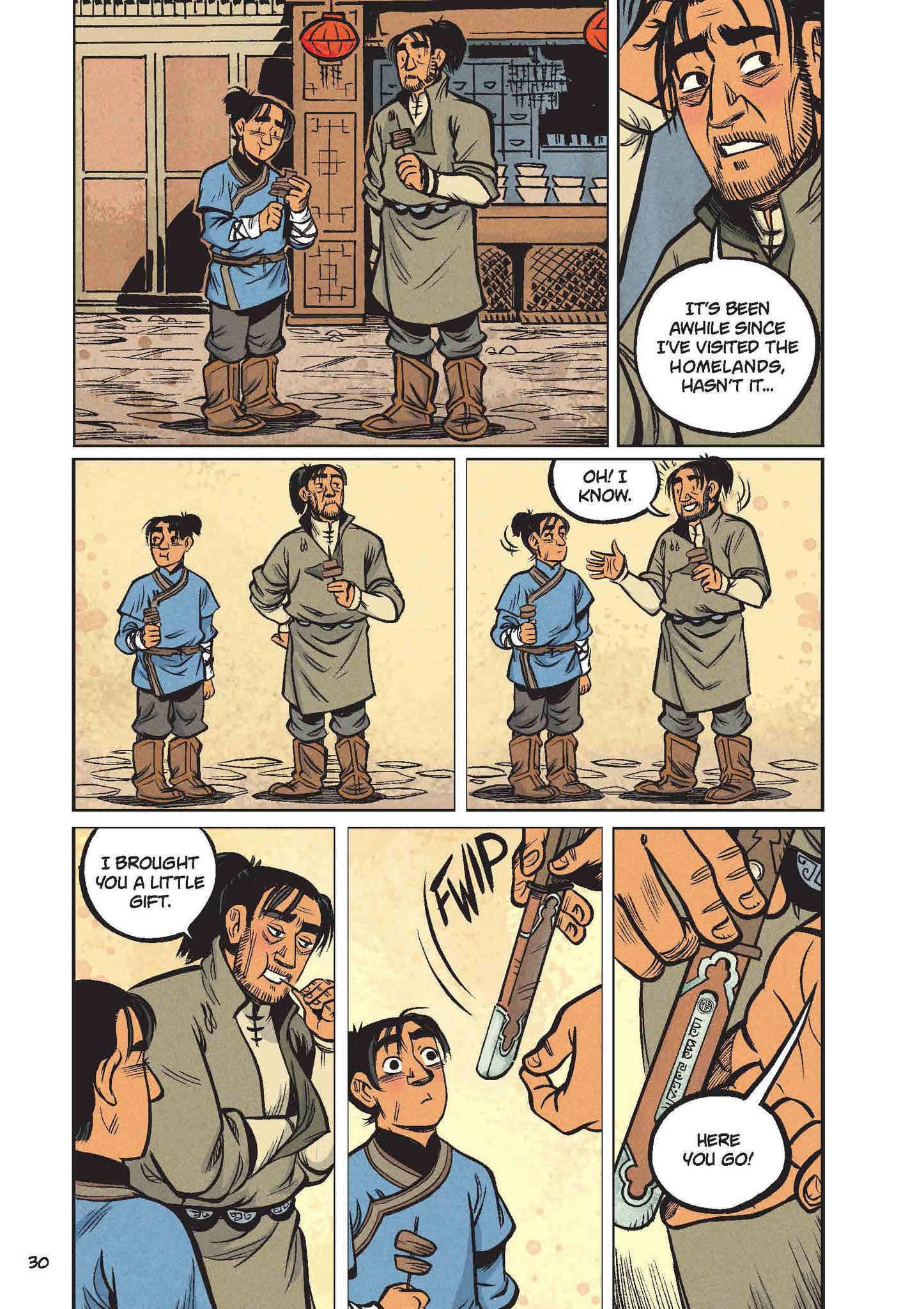 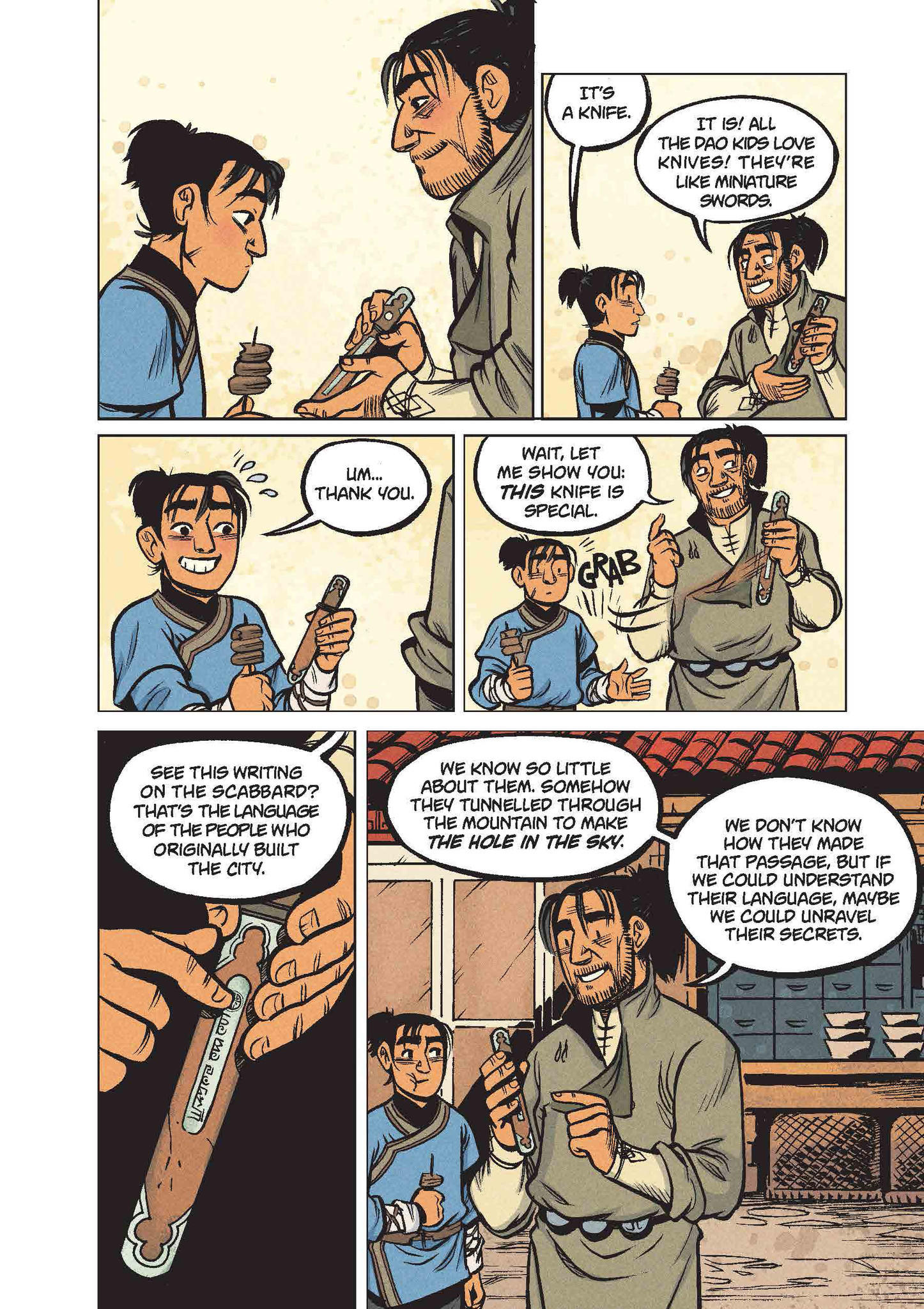 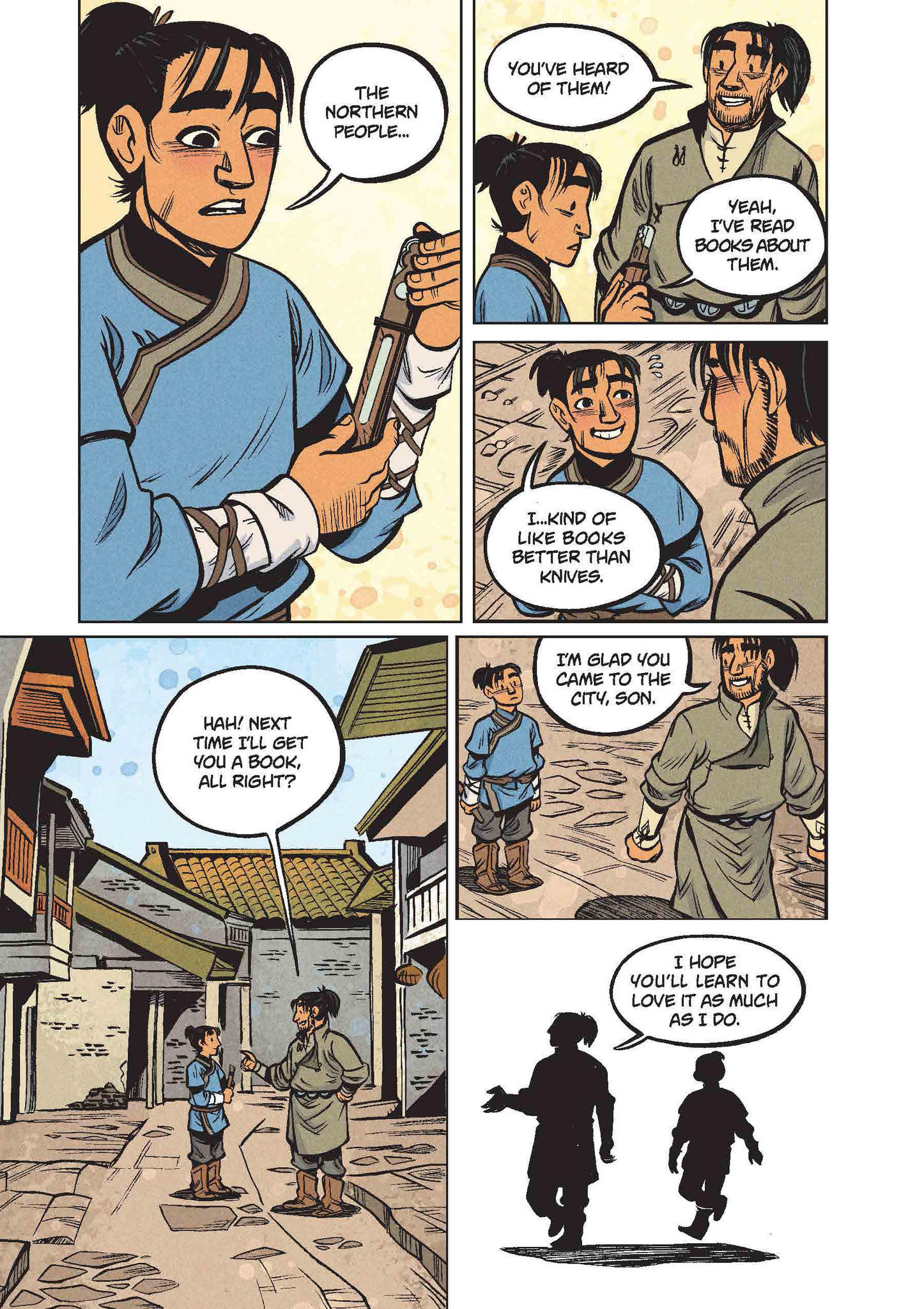 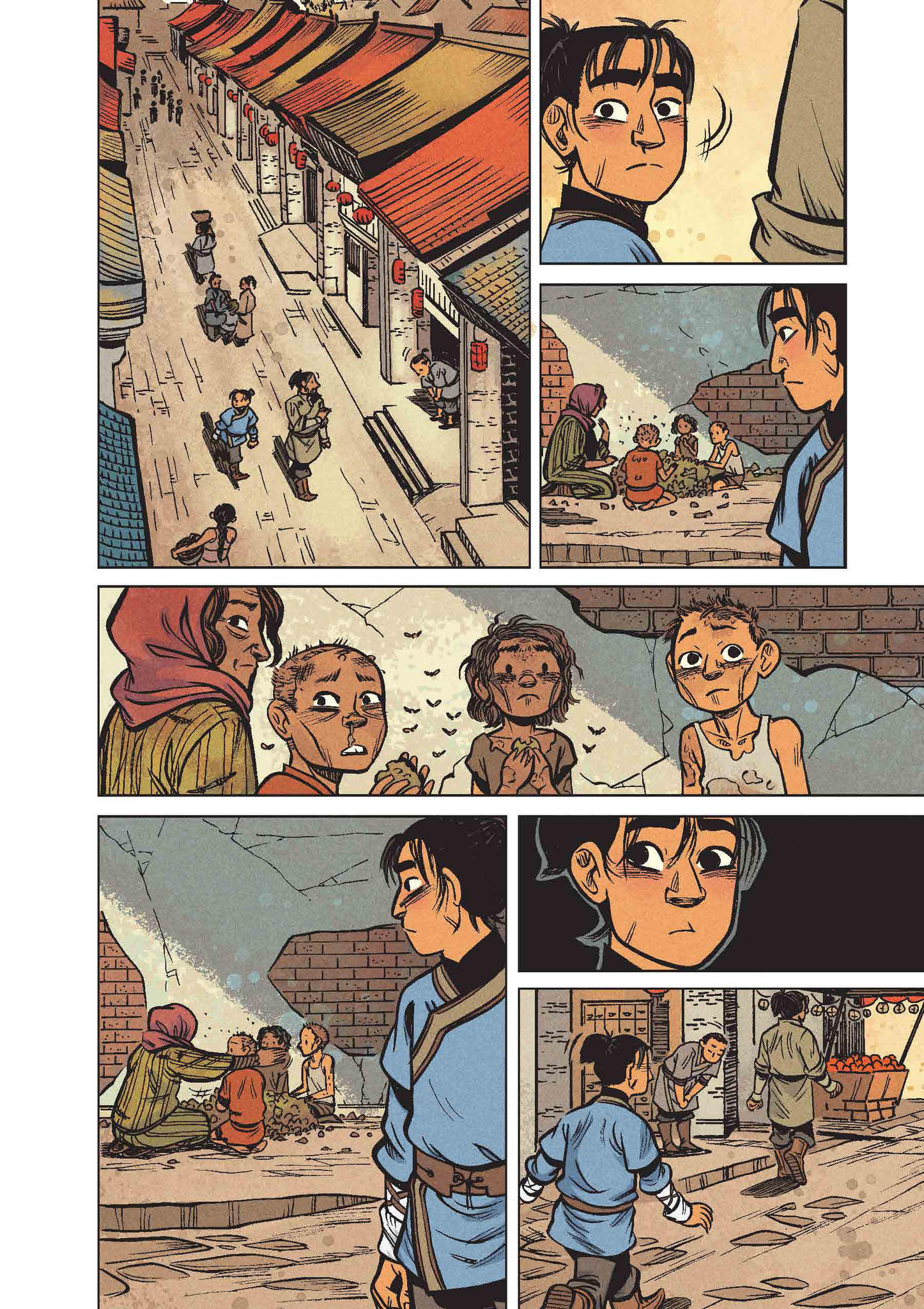 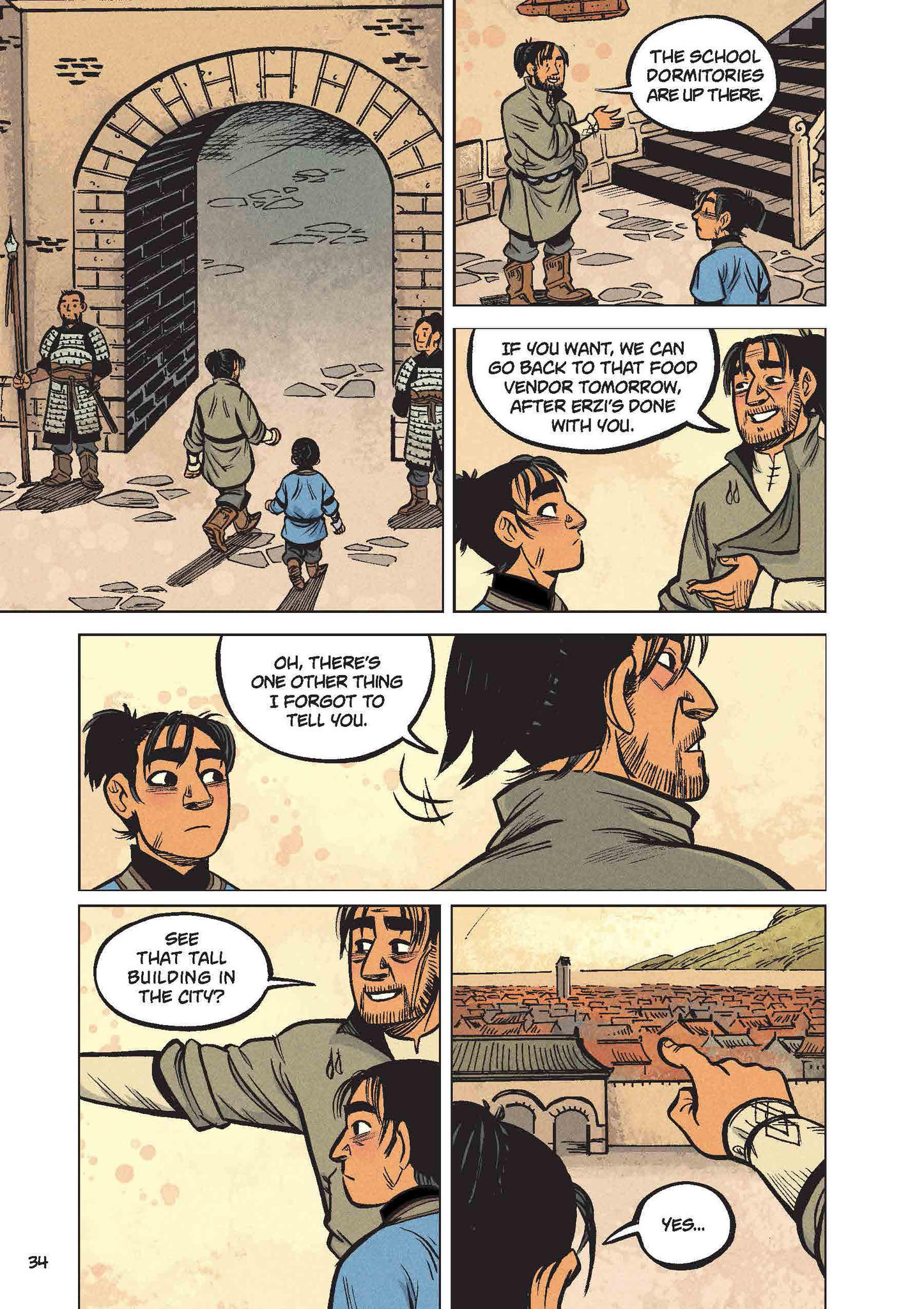 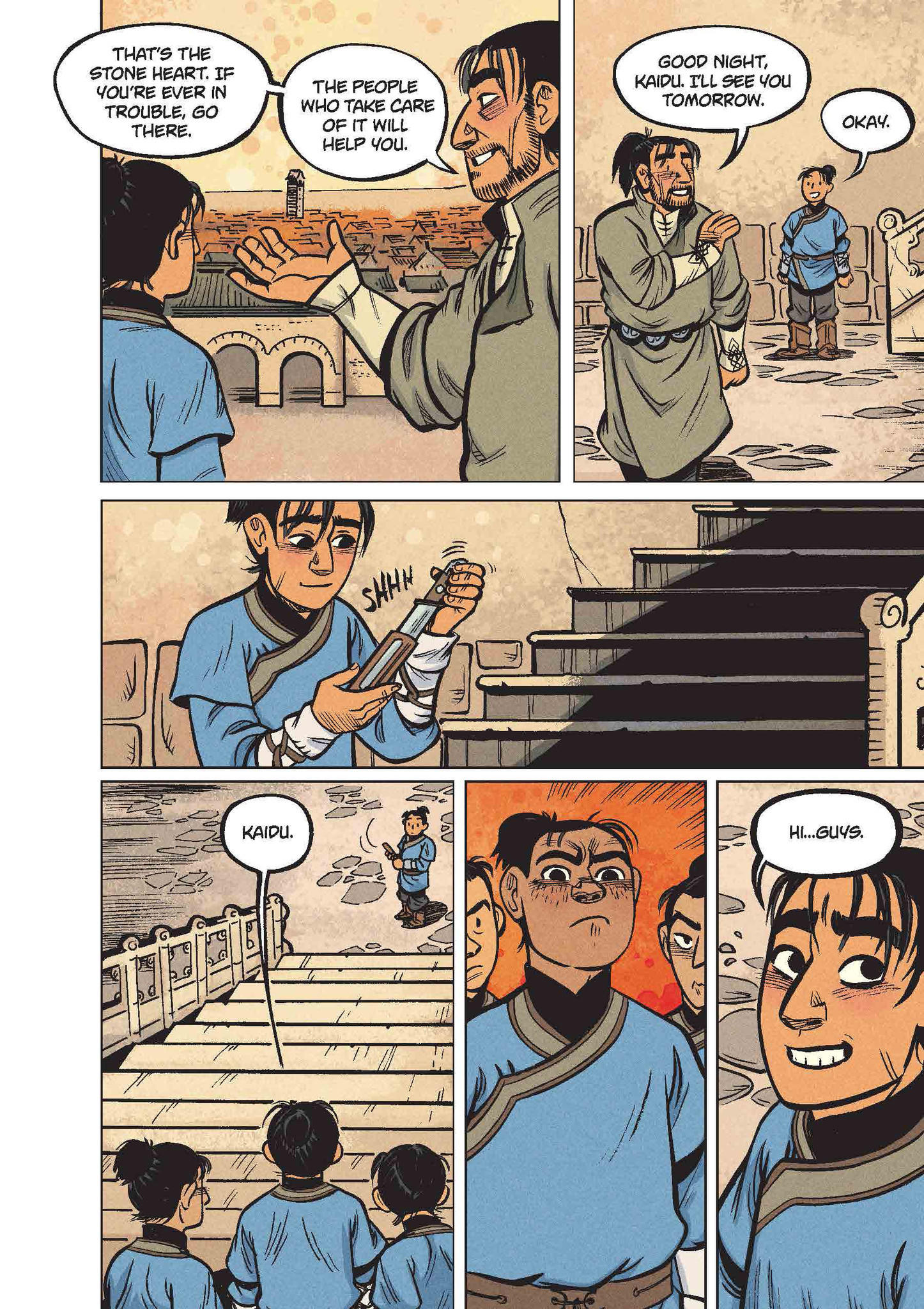 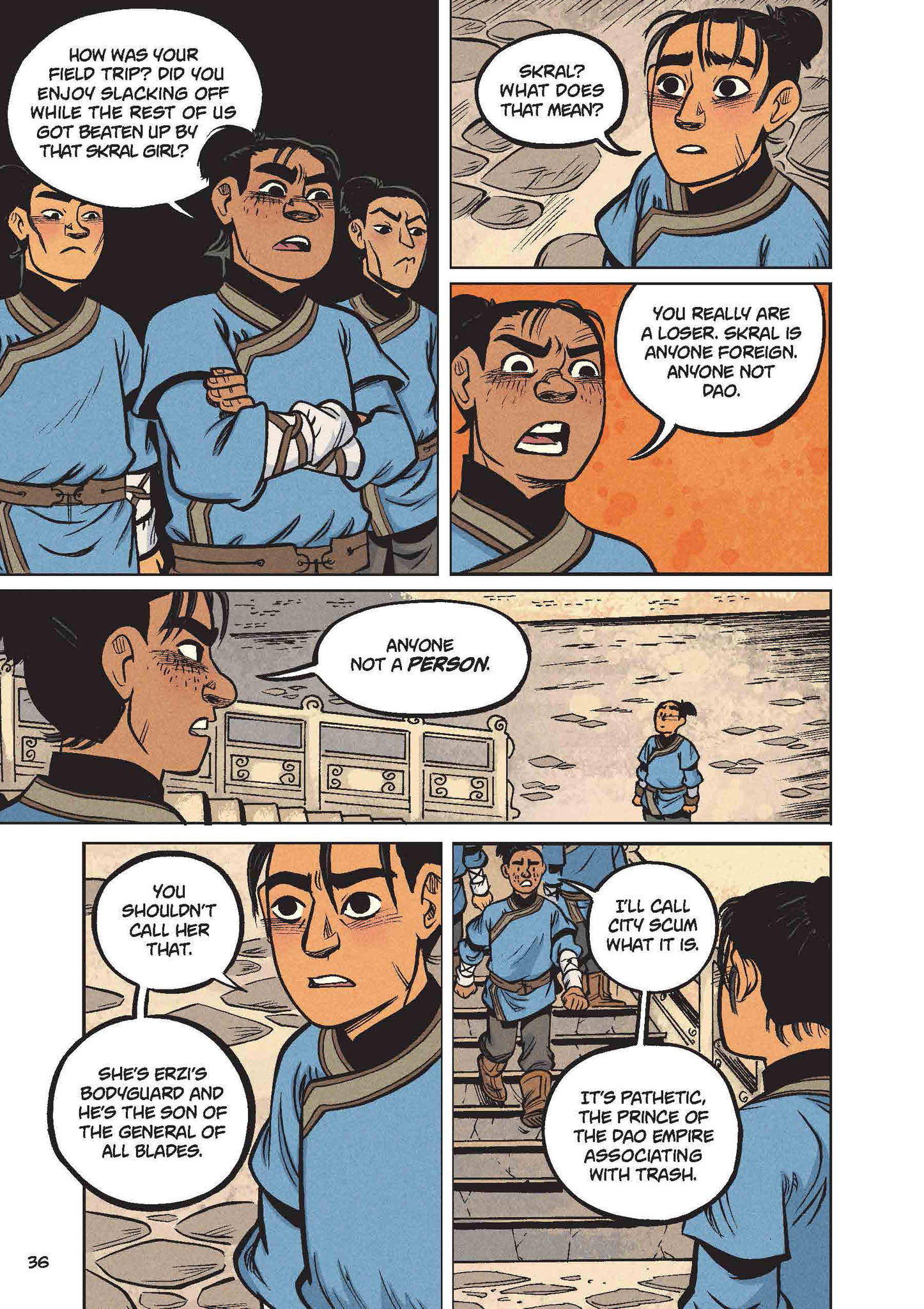 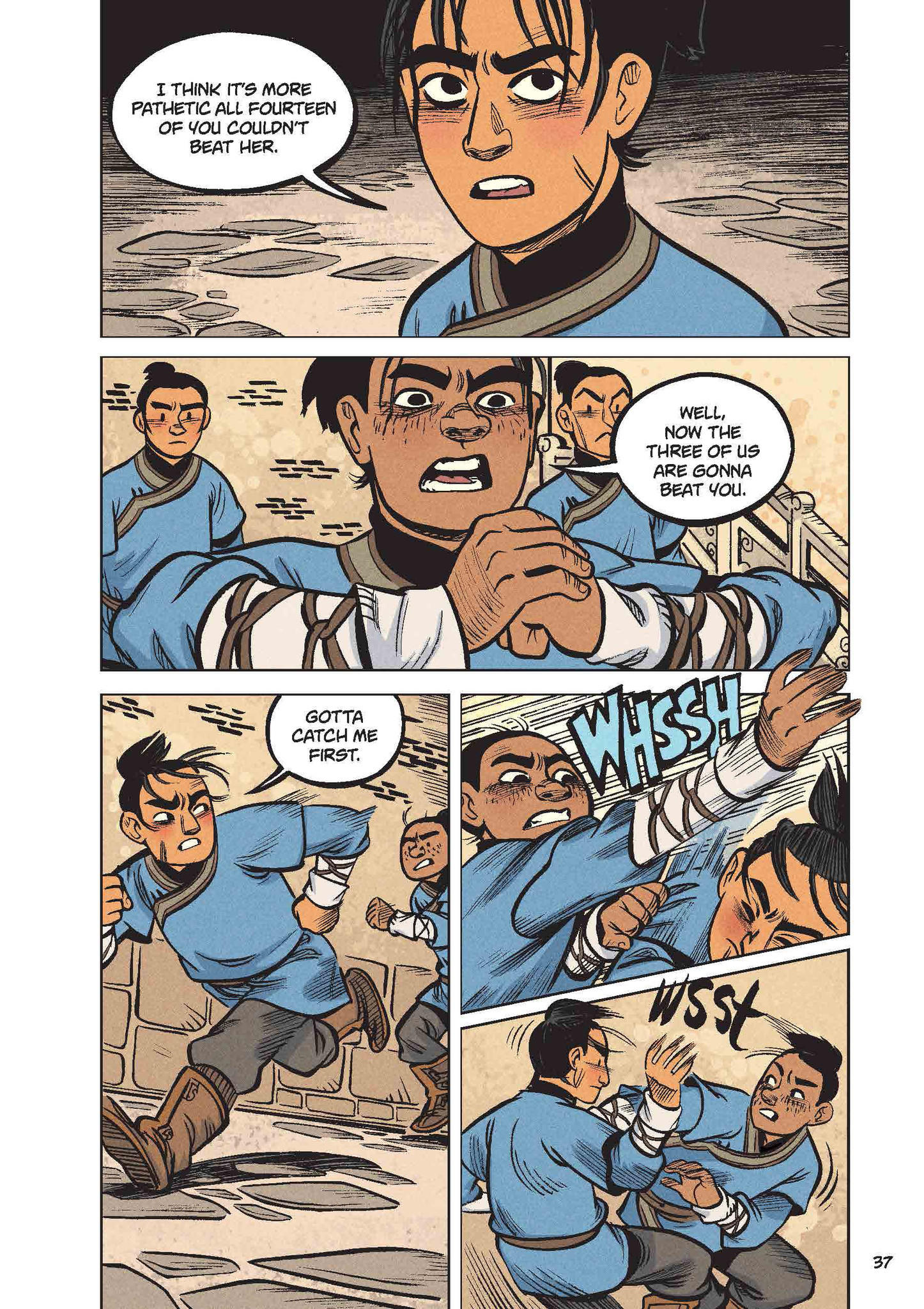 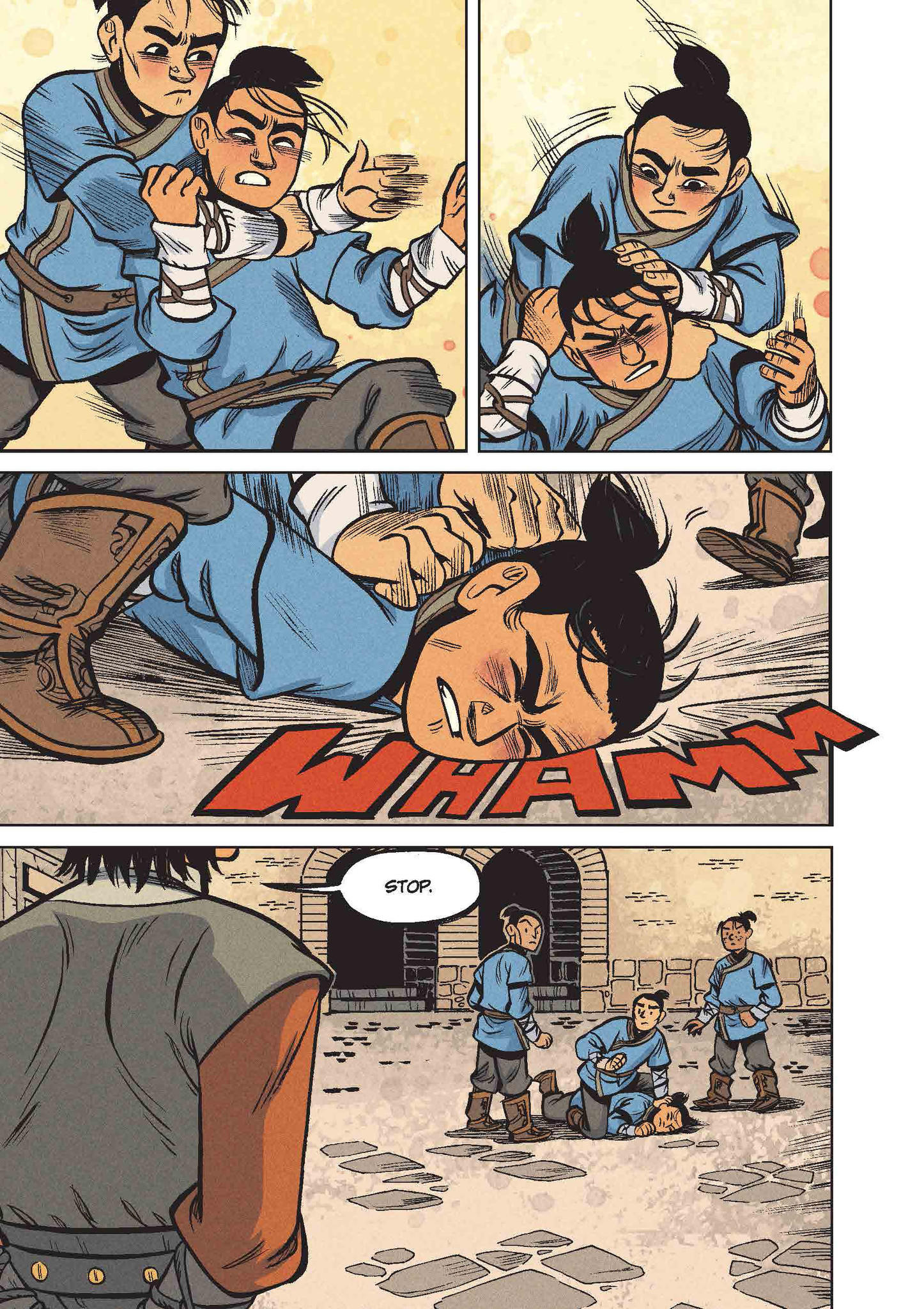 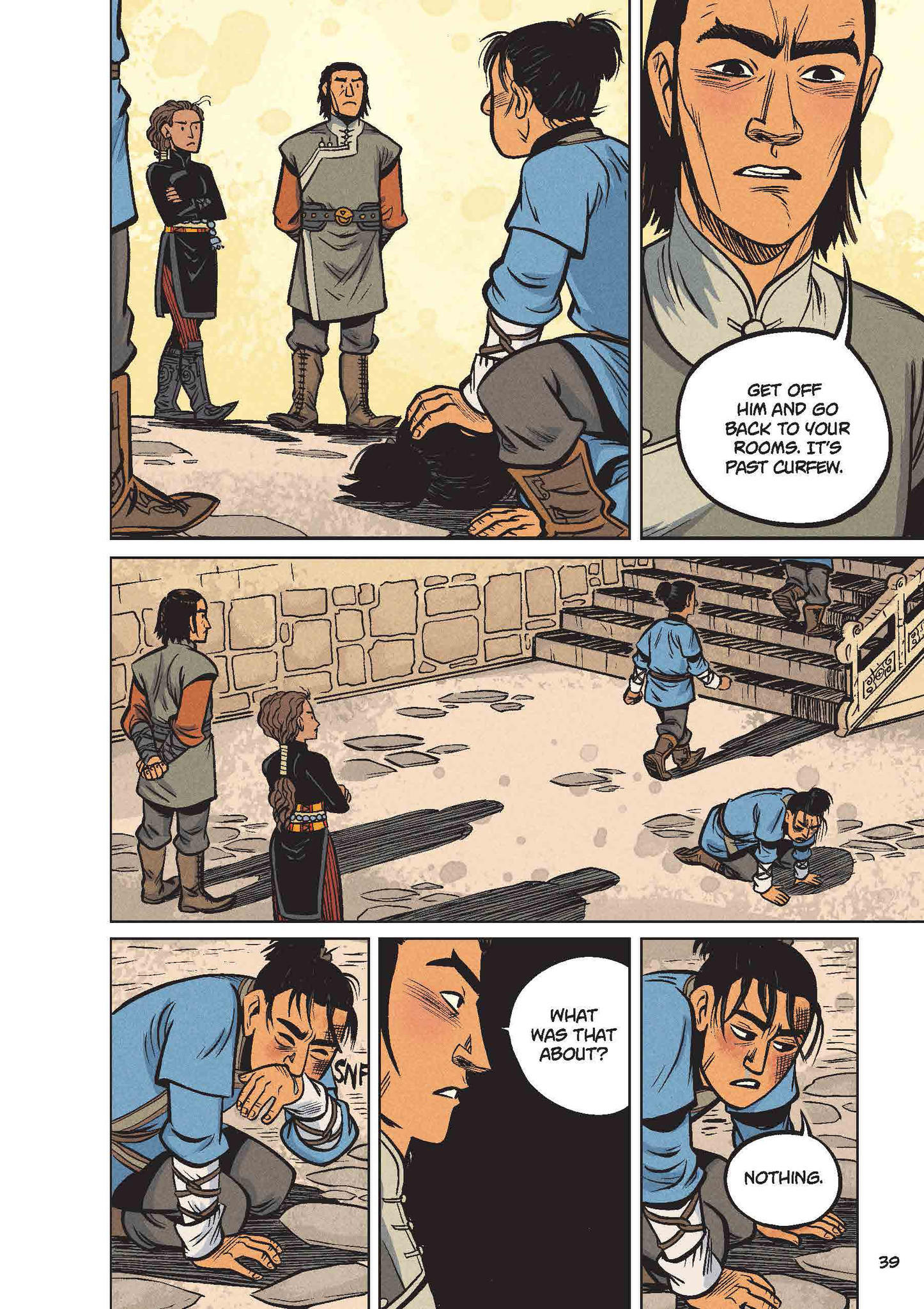 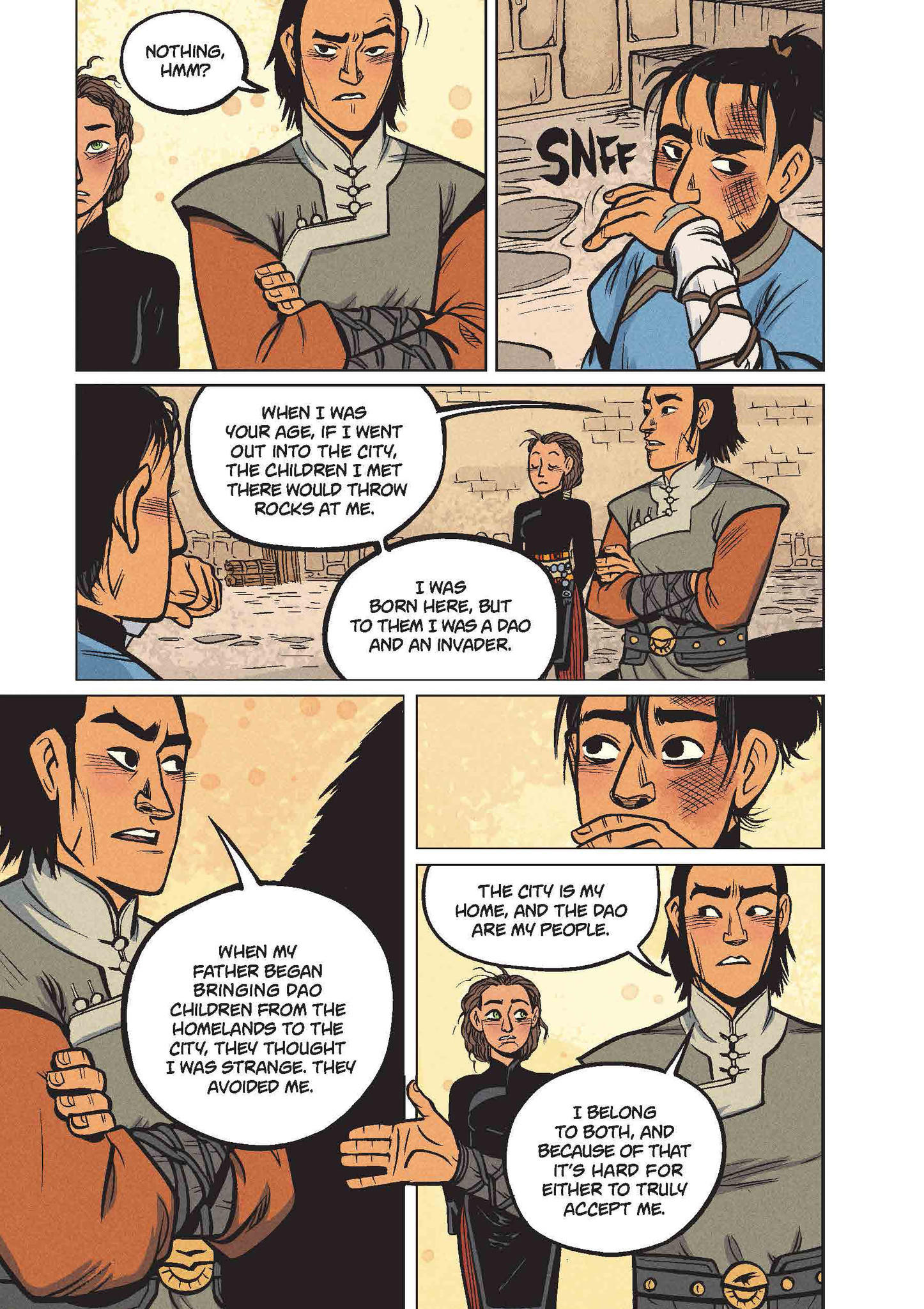 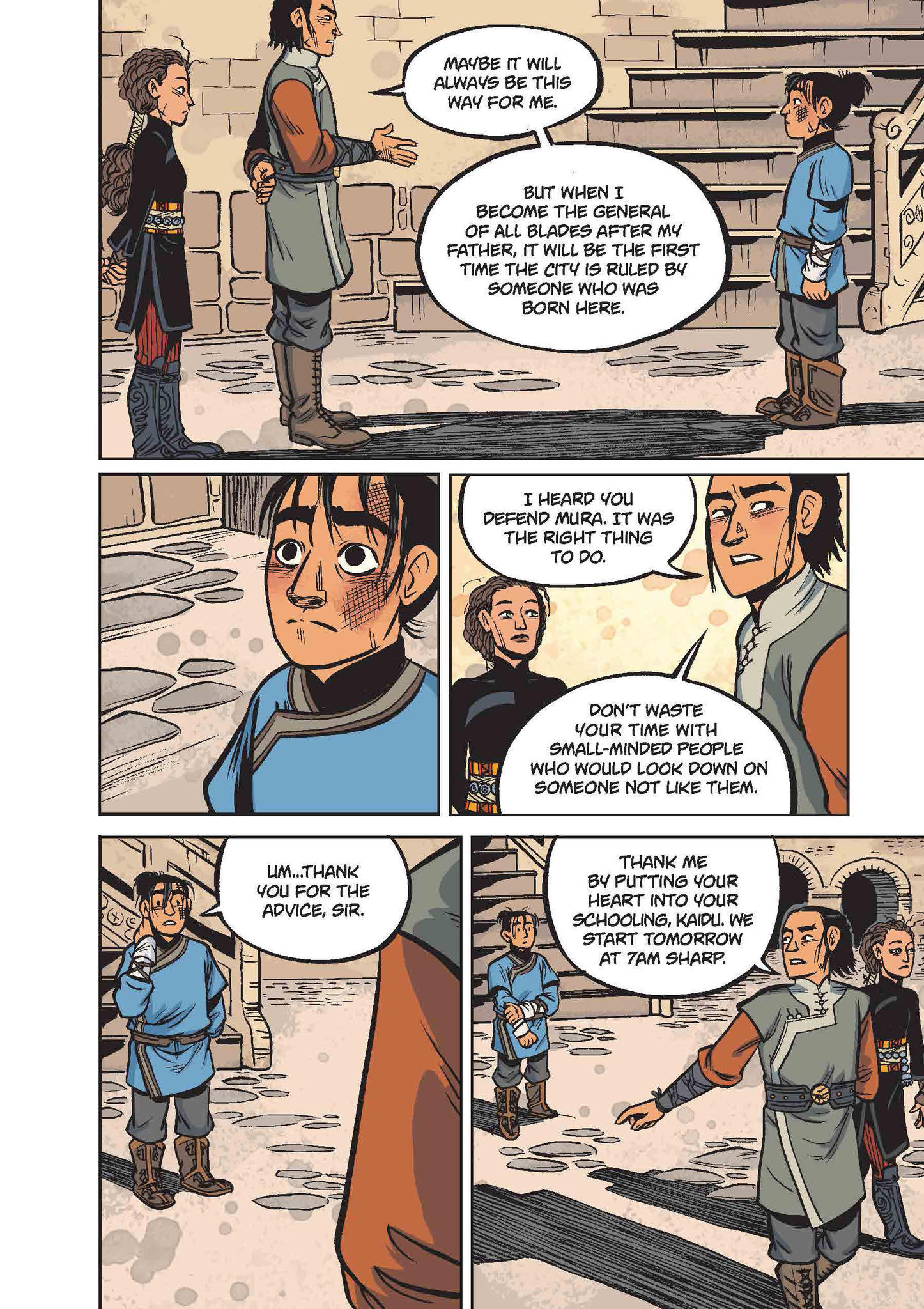 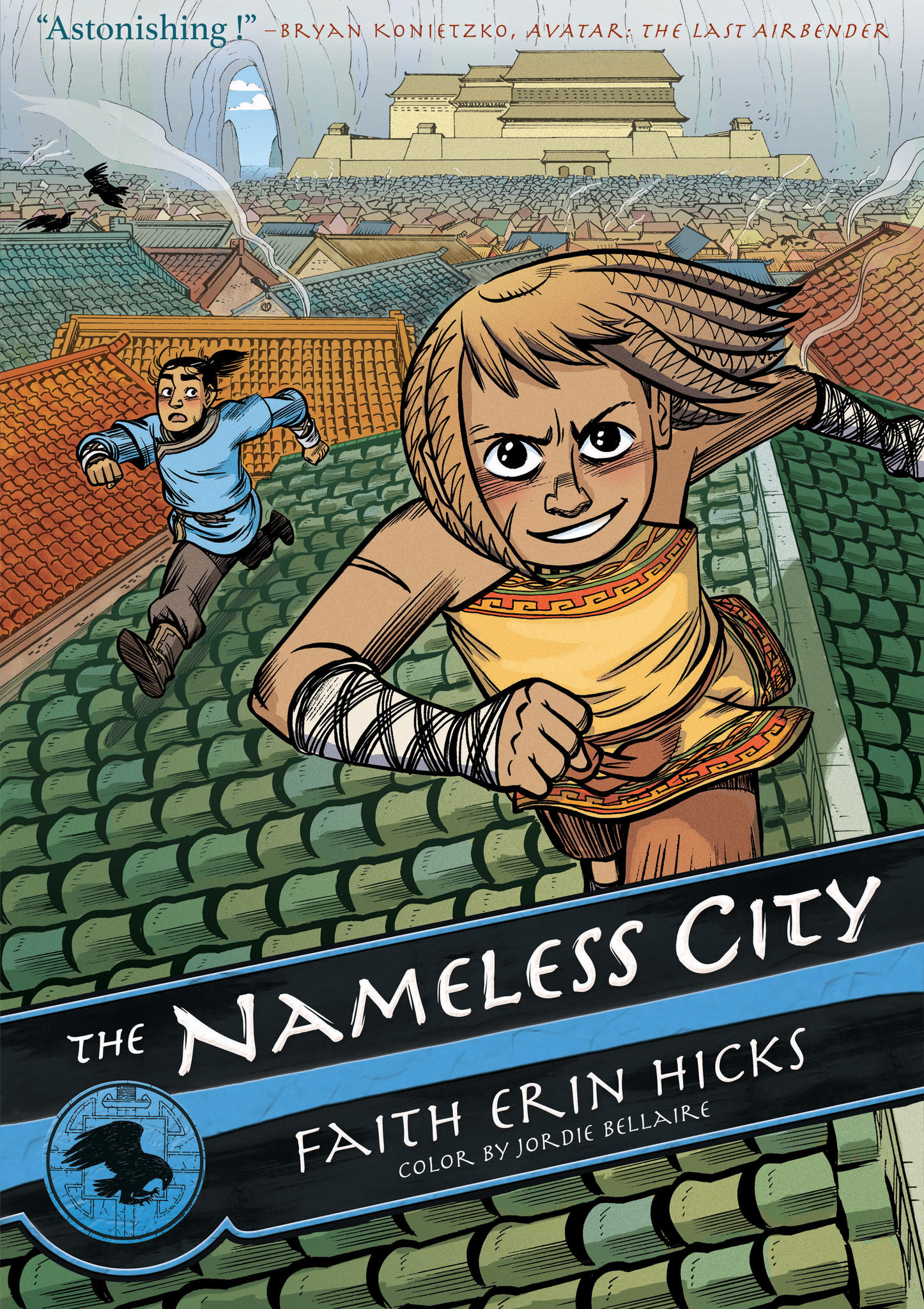