For an art museum, the age of 50 is still quite young. The Los Angeles County Museum of Art began as part of the Natural History Museum, but this year marks its half-century as a freestanding institution. In the stories and graphics below, we look at the people and forces that created the museum, how it has evolved and changed with L.A. itself, and where it's headed in the future. 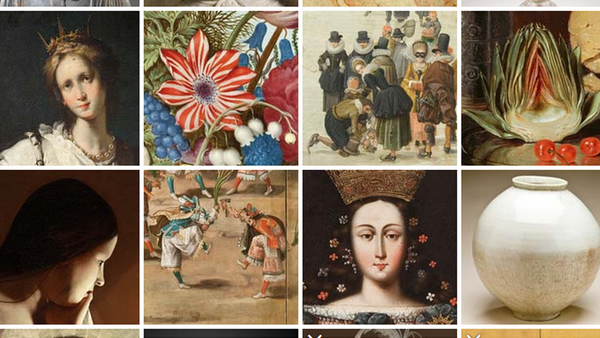 It's all about the permanent collection

For any art museum, the permanent collection is the thing. It is why the museum exists. Get an in-depth look at art critic Christopher Knight's list of 50 masterpieces chosen from thousands of possibilities across LACMA's encyclopedic spectrum. 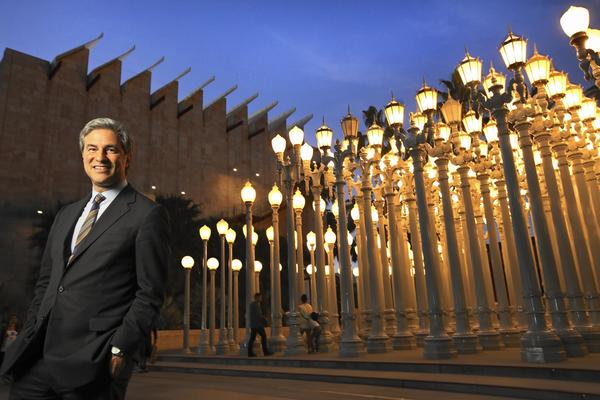 Times art critic Christopher Knight talks with the director of the Los Angeles County Museum of Art, Michael Govan, about the institution's collection, a major focus of the anniversary celebration. Govan says that "with the 50th anniversary and with recent gifts, you see a collection that continues to grow and change in its character as well as its size." 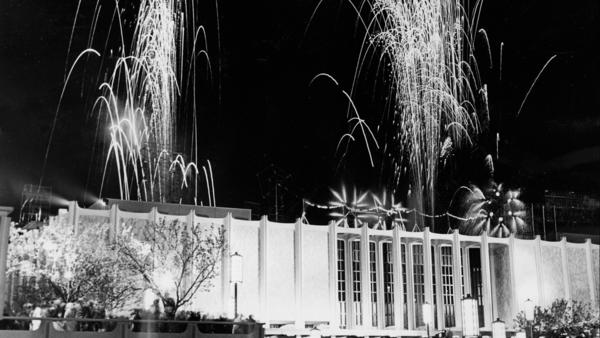 The sky above the new Los Angeles County Museum of Art in Hancock Park is lighted by fireworks during formal dedication ceremonies at the cultural center on March 30, 1965. (Joe Kennedy / Los Angeles Times)

Born in a time of tumult

LACMA opened its stately, sober doors at a moment when Los Angeles architecture was turning away from those qualities and beginning to cut loose. The Times' Christopher Hawthorne revisits 1965 L.A. and the reception for the new LACMA campus designed by William Pereira. 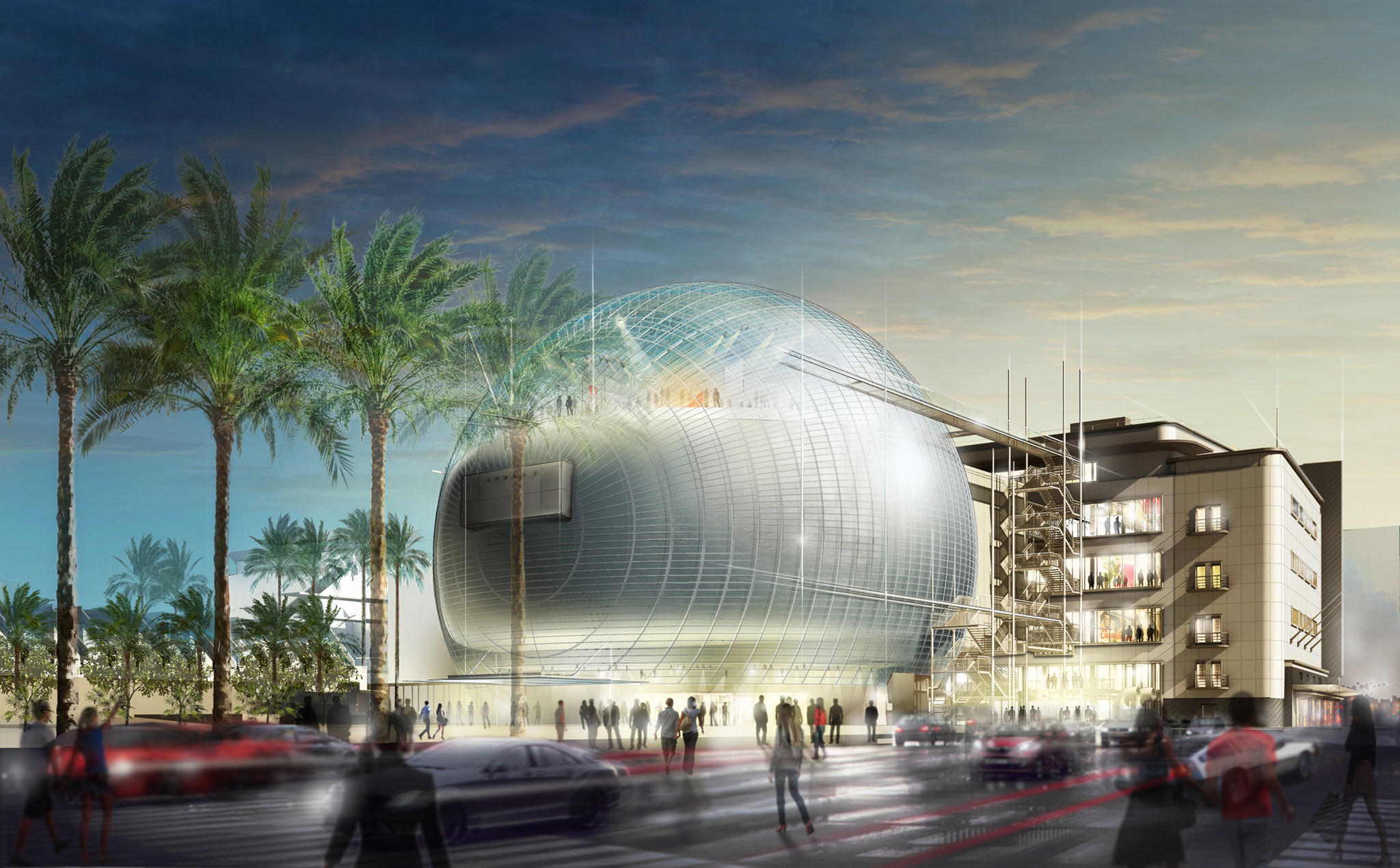 The Academy Museum, just steps from LACMA, will include a 1,000-seat theater to be added to the back of the old May Co. Building at Wilshire Boulevard and Fairfax Avenue. (Academy of Motion Picture Arts and Sciences)

In 2012, when the Academy of Motion Picture Arts and Sciences announced that it had finally found a home for its movie museum in the May Co. building owned by LACMA, some people worried that it wasn't good for the museum. The Times' Rebecca Keegan explores the evolving relationship between the two institutions.

LACMA sees the big picture as Academy Museum moves in 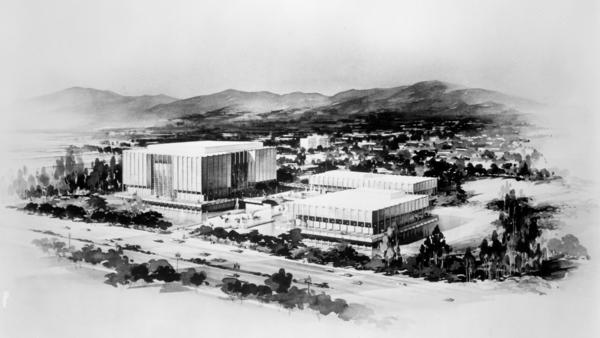 Five decades ago, the Los Angeles County Museum of Art officially opened its campus on Wilshire Boulevard. The museum has endured growing pains and financial struggles but has also become a Los Angeles landmark. Scroll through our timeline for a look back at LACMA’s controversial architectural milestones, important art acquisitions and influential directors throughout the years. 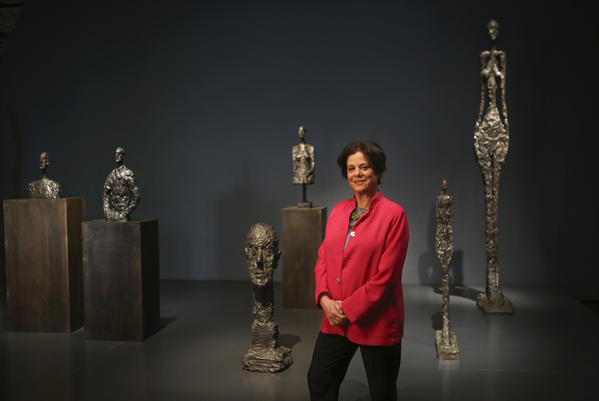 Stephanie Barron, LACMA senior curator and head of the Modern art department, is photographed in front of bronze sculptures by Alberto Giacometti on exhibit at the museum. (Mel Melcon / Los Angeles Times)

Stephanie Barron: A life about art

Stephanie Barron has been part of the team that has helped LACMA grow from regional encyclopedic museum to a global institution with growing collections of Korean, Islamic and Latin American art. The Times' Carolina Miranda sits down with LACMA's longtime curator to talk about her career, collaborations and life at LACMA.

Stephanie Barron has grown along with LACMA since 1976 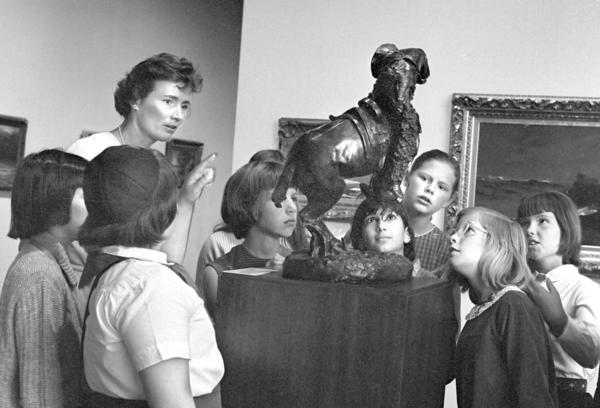 In addition to docent work, which she did from 1965 to1972, Camilla Chandler Frost has been credited with giving the museum 2,480 works valued at $20 million. (Museum Associates / LACMA)

The unsung heroines of LACMA

The belief that LACMA was founded by men lingers in the city's cultural consciousness. A look at LACMA's history, however, reveals key female supporters. Camilla Chandler Frost, Anna Bing Arnold, Ebria Feinblatt and a host of others are unsung heroines in the museum's history.

Behind the greatness of LACMA stand many great women 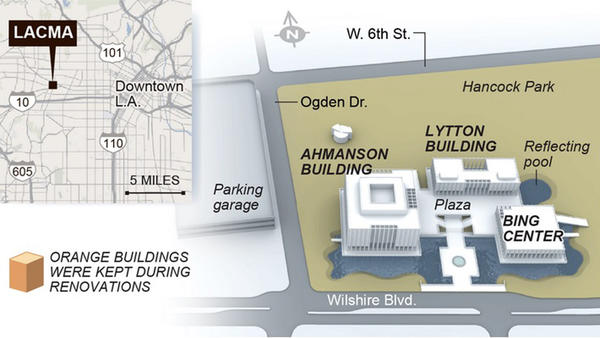 LACMA then, now and in the future

The buildings that made up the museum when it opened on Wilshire Boulevard in 1965 have been adapted and added to as the Los Angeles County Museum of Art grew and its collection developed. Here’s a look at how the museum campus has changed and what plans for its growth may look like in coming years.

See how the LACMA campus has changed over the years 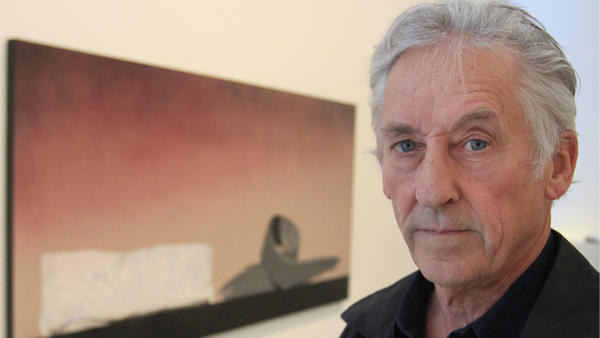 LACMA 'made everyone into idealists'

The Los Angeles County Museum of Art has exhibited L.A.'s most important artists, whose work often speaks to the vibrant complexity of the city they call home. It has also provided fertile ground for grand daydreams and lifelong inspiration. A handful of artists share what the museum has meant to them.

L.A. artists discuss 'What LACMA means to me' 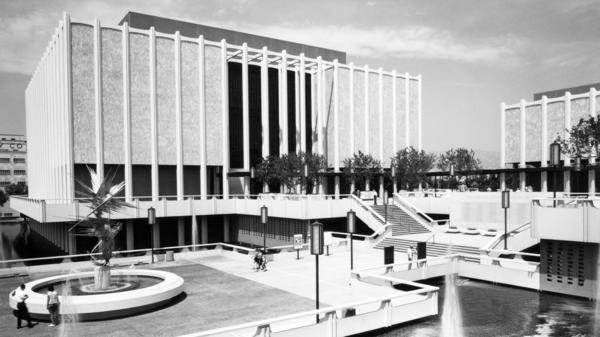 LACMA's symbol that never was

When the Los Angeles County Museum of Art first opened on Wilshire Boulevard 50 years ago, "Space Sculpture" was erected as a dramatic plaza centerpiece. However, unlike Chris Burden's "Urban Light," Norbert Kricke's "Space Sculpture" stumbled through a less-than-splendid existence.

Remembering 'Space Sculpture' and its legacy