Infographic: <br />LACMA then, now and in the future

The buildings that made up the museum when it opened on Wilshire Boulevard in 1965 have been adapted and added to as the Los Angeles County Museum of Art grew and its collection developed. Here’s a look at how the museum campus has changed and what plans for its growth may look like in coming years.

1965: Architect William Pereira designed the three-building museum connected by a plaza that opened in March 1965. The steel frame buildings, made of concrete faced with split-face marble tile, were named after Howard Ahmanson, Bart Lytton (renamed the Armand Hammer Building in 1968) and Leo S. Bing, the late husband of benefactor Anna Bing Arnold. Groundbreaking was in November 1962, and construction took about two years. According to a 1965 Los Angeles Times story, the total cost of the three buildings was $11.5 million. 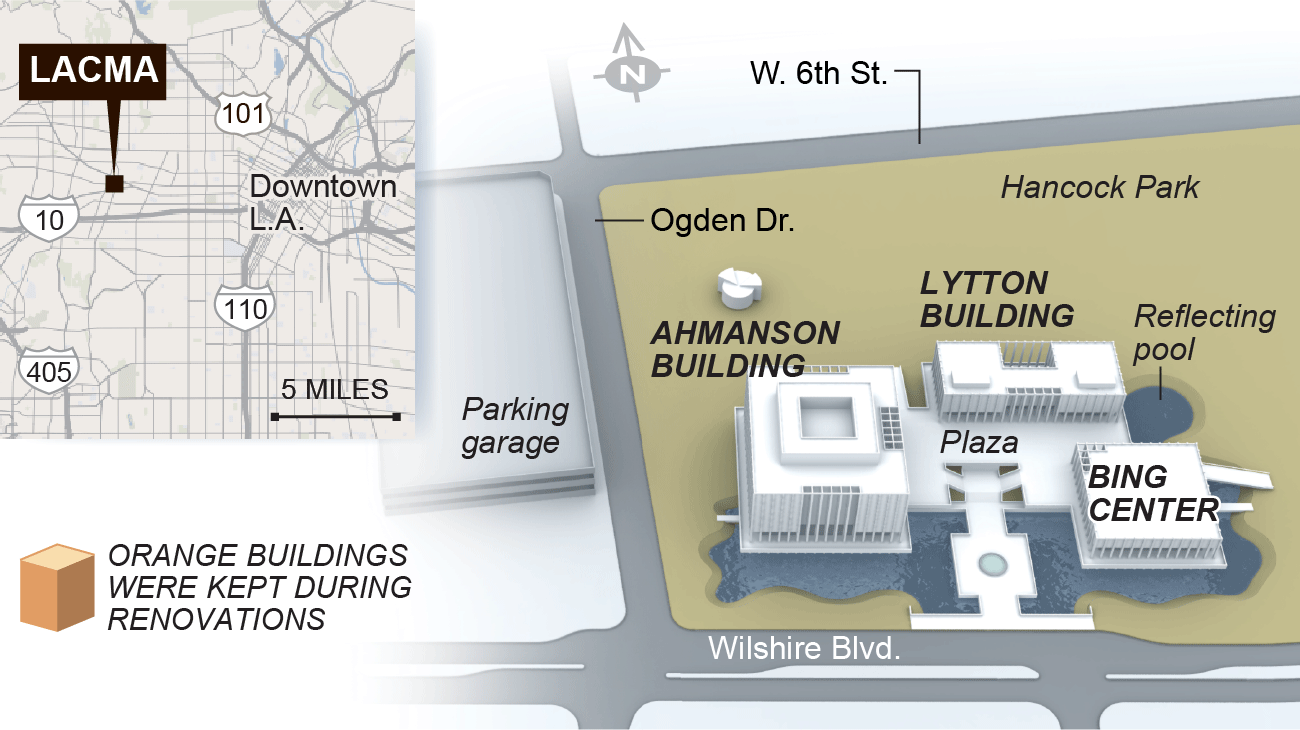 Did you know? When it opened, the buildings were surrounded by reflecting pools, but they were filled in and covered over when tar from the adjacent La Brea Tar Pits began seeping in.

2015: The LACMA campus as it looks today, with the additions of the Art of the Americas building (1986), the Pavilion of Japanese Art (1988), the former May Co. building (purchased in 1994), the Broad Contemporary Art Museum (2008) and the Resnick Pavilion (2010). The May Co. building has been leased to the Academy of Motion Picture Arts and Sciences for a planned movie museum. 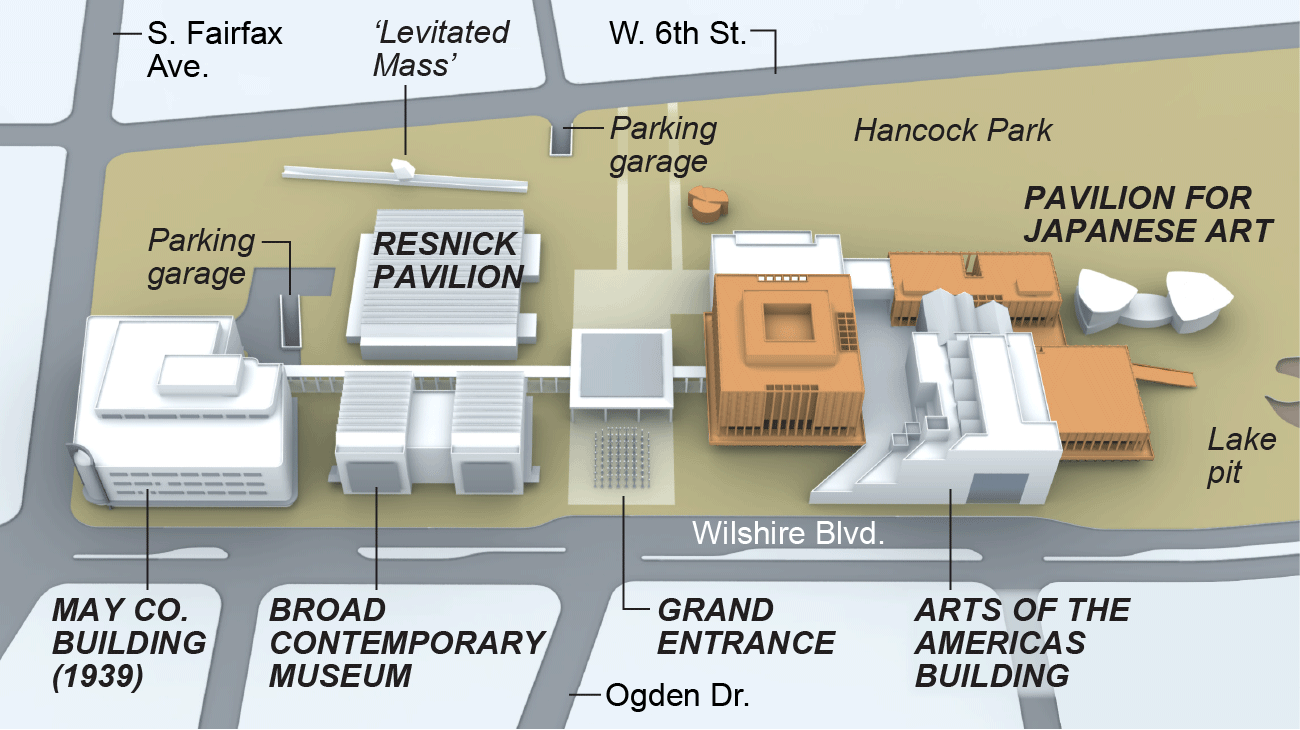 2023: The proposed $650-million LACMA building designed by Peter Zumthor (requiring the razing of the 1965 buildings) and the expansion of the May Co. building into the Academy Museum (to be completed in 2018) will significantly change the campus. 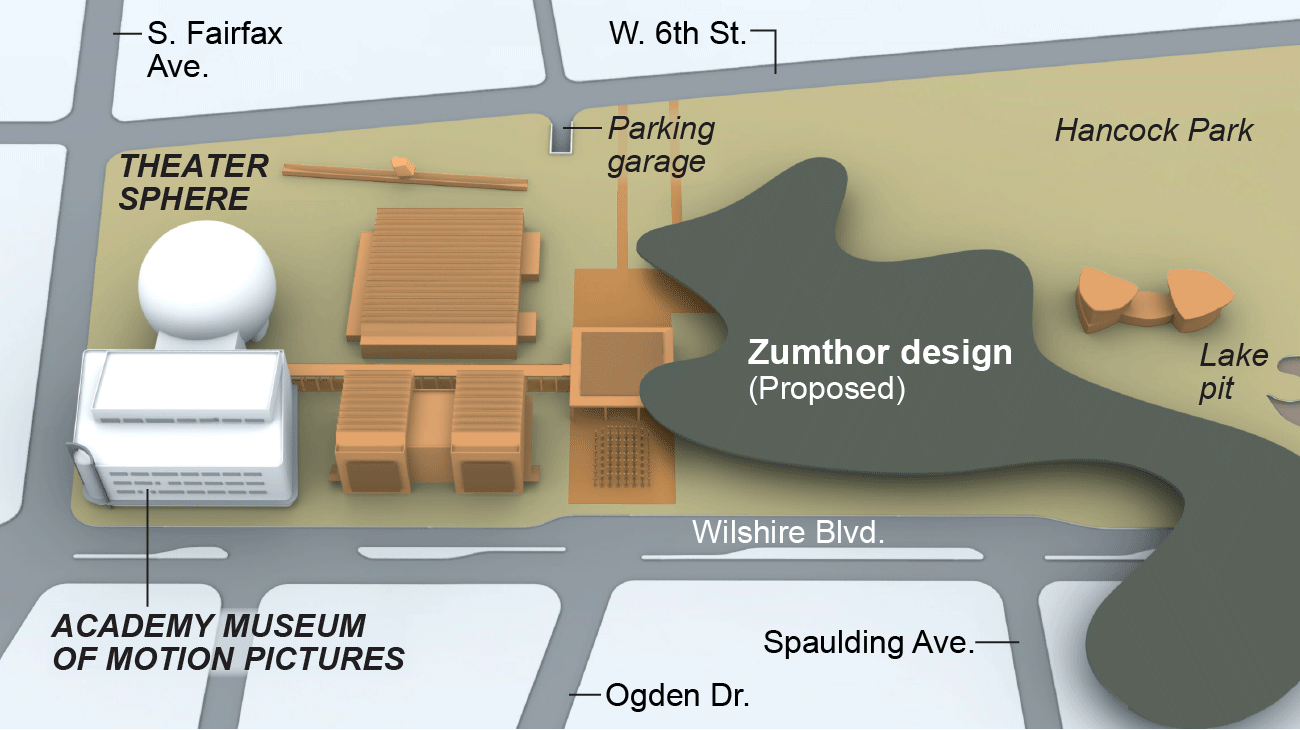