The rumors are true: Perez Hilton really is kinder and gentler

Once the most hated gossip blogger in Hollywood, he’s toned down the nastiness and seeks ‘good energy’ for his baby boy. The new approach hasn’t hurt his popularity.

Once the most hated gossip blogger in Hollywood, Perez Hilton has toned down his nastiness and seeks 'good energy' for his baby boy. The new approach hasn't hurt his popularity. 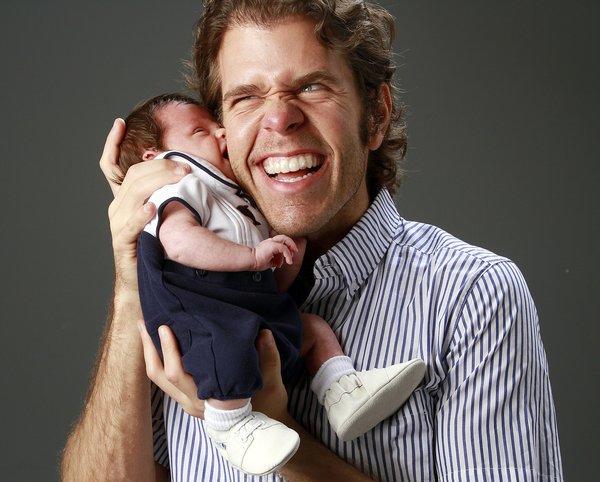 Kinder and gentler: The rumors about Perez Hilton are true

Once the most hated gossip blogger in Hollywood, he's toned down the nastiness and seeks 'good energy' for his baby boy. The new approach hasn't hurt his popularity.

The sleek man at the door bears no resemblance to the chubby pink-haired troublemaker whose snarky website made him as famous as the celebrities he loved to torment with nicknames like Sluttyienna (Sienna Miller), Potato Head (Rumer Willis) or Maniston (Jennifer Aniston).

Gone are the schlubby T-shirts and hoodies. A body-skimming gray sweater now conceals rock-hard abs. Gone, too, is the outlandish hair color, replaced by a slightly thinning curly brown mop. His Park LaBrea condo and its Pepto-Bismol-hued room are history. Home these days is a $2-million, five-bedroom Mediterranean retreat, dark and designerly, on the Westside.

But most striking is the way he's cradling a 2-week-old baby, a preemie who was born to a secret surrogate four weeks early. During a two-hour interview that involves a long bottle feeding and plenty of new dad tears, he never lets his fragile son out of his arms.

Perez Hilton, is that really you?

There is a new calmness about Hilton, who was for years at the center of a self-created hurricane. Among the lawsuits, the online spats and the occasional punch in the face, Rolling Stone once said he had more beefs than the entire rap community combined.

His atrium-like entry offers a clue to his evolution. His last home was dominated by Hilton portraits sent by admirers. Here, a visitor is greeted by large white busts of Buddha, Jesus and Mary, Ganesh and Shiva floating against a dark wall with palm tree silhouettes.

"I wanted this to be my sacred space," said the single gay dad, who asked his designers for "spiritual-meets-Miami." Raised Catholic, he will forgo a traditional christening and instead host a blessing ceremony for the baby: "I'll have everybody write down little positive thoughts and intentions and well wishes and keep them all in a box of good energy in his room." 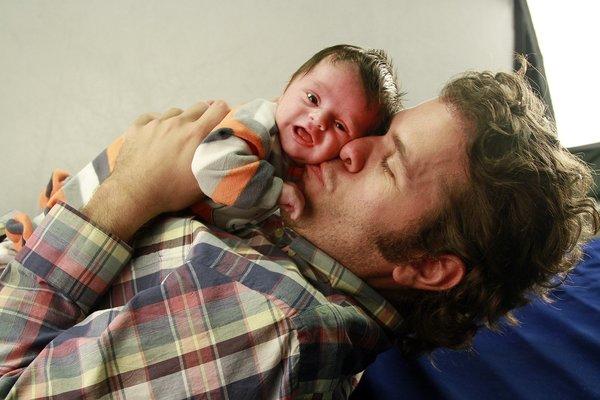 Cue the eye-roll emoticon from targets of the ambitious, Miami-born Mario Armando Lavandeira Jr., who became the blogger Hollywood loved to hate.

He says he started hating himself too: "I ended up becoming someone I didn't want to be."

And yet, at the thought of changing a formula that had brought unimagined financial rewards, he felt "almost paralyzed by fear."

Would his readers, who loved and loathed his mean-spirited takedowns of high-flying celebrities, turn away? "I'd been doing things a certain way for six years, and if all of a sudden I do a 180 on people, will they stop reading my website?" Hilton wondered.

Readership dipped briefly, but to his surprise, the change did not tarnish his brand. Young, college-educated women, his most avid fans, have continued to flock to him. More than 6.3 million people follow him on Twitter.

I don't need to be liked, but I need to not be considered the downfall of civilization."

His original site, which remains his bread and butter, is one of the most visited on the Internet. His media empire also includes mostly snark-free websites devoted to pets (TeddyHilton), children (Perezitos), fashion (CocoPerez) and fitness (FitPerez).

"When you factor in tablet and mobile, he's nicely above where he was when he made his karma change," said Henry Copeland of BlogAds, a company that handles Hilton's advertising.

Where once he worked at a back table in a Coffee Bean & Tea Leaf on Sunset Boulevard (for the free Wi-Fi), he now has an office and staff. He's co-written books, including a children's story about a boy with pink hair whose travails are redeemed by parental love. He appears every day on Carson Daly's radio show, and has his own syndicated radio show, "Perez Nights Live."

The cultural critic Lee Siegel, whose 2008 book, "Against the Machine," explored the social implications of the crudeness unleashed by the Internet, said Hilton's softening tone is in step with the times.

"Everyone is living in such economic terror," he said, "they have to be nice."

In any case, he added, the celebrity-industrial complex can't exist without a Perez Hilton. "Hollywood has always had this Hedda Hopper-type creature," Siegel said, invoking the once-feared columnist. "Because of the dynamic of the place, celebrity culture wouldn't exist but for its routine deflations. You've got to allow yourself to be deflated or the public won't continue to accept you." 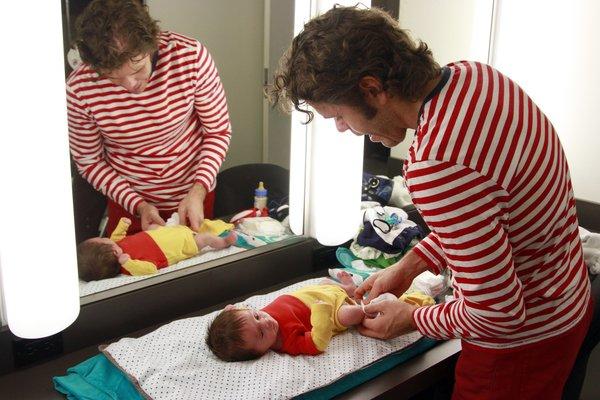 Hilton and Mario III at the changing table. More photos

For a professional chatterbox, Hilton has been remarkably secretive about the most important development in his life. Though he's never hidden his desire to have children, only his mother, sister, lawyer and business manager knew that he'd found an egg donor and a surrogate last year to carry his biological child. He doesn't know the name of the egg donor, and he won't divulge the name or location of the surrogate.

The pregnancy had gone smoothly for eight months. But on Feb. 16, as he was walking into Staples Center with a friend to see Pink in concert, he got a panicked call from the surrogate and her husband. Her water had broken; labor would be induced. The baby wasn't due until March 16.

He took a flight out the next morning, with his sister and mother, then arrived breathlessly at the wrong hospital. The town had two hospitals with similar names. He was certain he would miss the birth, but three hours after he arrived at the right place, Mario Armando Lavandeira III entered the world at a healthy 5 pounds, 9 ounces. "He waited for Daddy," Hilton said.

A week later, Hilton announced the news on his website. To his surprise, he became the No. 1 trending topic on Twitter: "Maybe people care about me a little?" he said, his voice rising and growing small as he pronounced "little."

Apparently so. He is no longer the Perez Hilton who drew the wrath of many gays by outing closeted celebrities, and infuriated paparazzi agencies by helping himself to their photos. He is not the same guy who insulted Miss USA runner-up Carrie Prejean, or spat an anti-gay slur at Will.i.am.

"I feel like it spiraled out of control," Hilton said of the online persona. "It got progressively meaner and bitchier."

In 2010, he decided to "aspire higher." The shift occurred after he made an "It Gets Better" video, to help prevent gay teen suicide, and discovered, to his horror, that he was considered one of the biggest bullies on the Internet. Khloe Kardashian, a frequent Hilton target, called him out as her "personal bully" for scrawling words like "tranny" and "fugly" on her photos. And that was one of the nicer responses.

So he tried to be positive, like his idol Oprah Winfrey, but he felt as if he'd lost his edge. 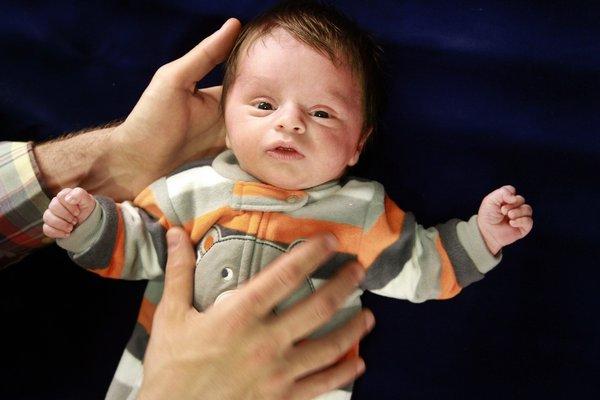 Eventually, he settled on a new role model: Rosie O'Donnell. "She's a polarizing person, but when people think of her, they don't think she's a bad person or she's mean," Hilton said. "I don't need to be liked, but I need to not be considered the downfall of civilization."

Certain celebrities still bring out the claws, though. Chief among them: Singers Chris Brown, whose violent history is catnip for gossips, and Justin Bieber, who seems to be in the throes of a Britney Spears-style paparazzi-driven meltdown. "Justin," Hilton said recently on one of the many videos he posts, "get your act together, or you may be shaving your head real soon!"

A passionate music fan whose lavish attention helped put singers Adele, Lady Gaga and Katy Perry on the map, Hilton's biggest flop has been the music deal he signed with Warner Bros. Records for his own label in 2009. This year, he decided to step back from the music business and put all his energy into his websites and something he's been trying to do for years: television.

He and his TV producing partner, Steven Grossman of the Collective, are in the midst of pitching a talk show. Grossman said Hilton's evolving persona has "made him more commercial, and less of a risk and less of a loose cannon."

Hilton, who had one serious relationship in the last five years, always knew he would have a child by his 35th birthday, which is Saturday. And he has always been prepared to go it alone: "I knew it was going to happen this way because boyfriends and husbands may come and go, but kids are forever. I didn't want to keep waiting."

A changing table has been installed in his Pilates room, and the dramatic living room, dominated by a life-size black horse lamp from the designer Moooi, is cluttered with baby-phernalia. To cope with his new baby nerves, he shops online late at night, buying Spanish-language children's books to read to his son, on advice of the pediatrician.

"The other day I locked myself in the bathroom and started crying because in addition to my brain feeling loopy, I really have felt super hormonal and emotional," Hilton said, as Mario slept on a nursing pillow in his lap. "Wow, I really am a dad now and it's awesome."

Robin Abcarian is an opinion columnist at the Los Angeles Times. She writes about news, politics and culture. Her columns appear on Wednesday and Sunday. Twitter: @AbcarianLAT