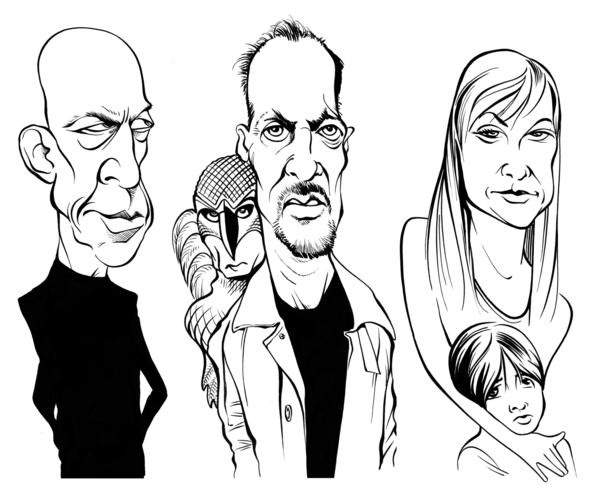 Even though these actors have years of film experience under their belts, this year marks the first time they are nominees for an Academy Award. As washed-up actor Riggan Thomson in "Birdman," Michael Keaton is desperate to make a comeback after a successful film career playing a winged superhero. Riggan teeters on the edge of existential crisis even as he hopes that by staging a Broadway production he'll regain his stature as a respected, serious actor.

But as opening day approaches, he's haunted by self-doubt in the form of testy conversations with his feathered alter ego ("Get some surgery," Birdman says in Riggan's ear, "60's the new 30!")

Keaton's standout performance — at once painful, funny, vulnerable and disturbing — marks a reemergence for the 63-year-old actor who cut his teeth on such '80s comedies as "Night Shift" and "Mr. Mom," then rose to superstardom as Batman in Tim Burton's adaptations of the comic book hero. By the late 1990s, after turning down a third film in the series, Keaton was seen largely only in smaller roles.

Now with "Birdman," Keaton has received his first Oscar nomination, as lead actor (awards will be announced Feb. 22), and went home with the Golden Globe for actor in a musical or comedy on Sunday.

"The only words I can use for that are extremely grateful," said Keaton in reaction to the Oscar nomination. The film was also nominated for best picture and Alejandro G. Iñárritu for director, among six other nominations. "The fact it got so many nominations makes me feel encouraged. I'm not ever sure I'll be involved in such a great experiment like this again. To be nominated is tremendous, but to be nominated in something like this is like triple tremendous."

As many reviewers have pointed out, the character's story line more than parallels Keaton's own career. And though the actor has downplayed that notion in the past, he's no longer fighting the increasingly popular narrative. "However people want to view it, I'm totally down with that," he says with a laugh. "Whatever they want to say, I'm good."

Keaton is noted for the humanity he brings to his characters (no matter how bizarre), and that was on display earlier this week during his acceptance speech at the Globes. He spoke warmly of his son being his best friend and of his working-class roots. "I don't ever remember a time when my father did not work two jobs. When my mother wasn't saying the rosary or going to Mass or trying to take care of seven kids in a run-down farmhouse, she was volunteering at the Ohio Valley Hospital where I was born — in the hallway." 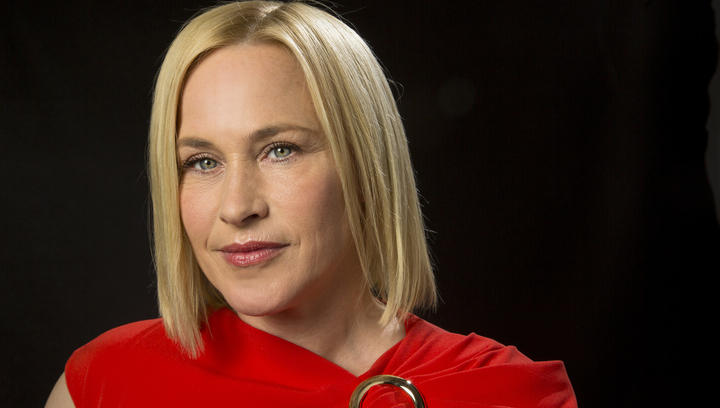 When Patricia Arquette accepted a Golden Globe Award for her performance in "Boyhood" on Sunday night, she thanked her director, Richard Linklater, her cast mates and "my friends who watched my kids while I was trying to build my career as a 20-year-old single mother."

It was a fitting acceptance speech for an unusual and poignant maternal performance, one which has brought Arquette more accolades than any other in her 25-year career in film and television, including, on Thursday, her first Oscar nomination, at age 46, for supporting actress.

In the meandering chronicle of a Texas childhood, which Linklater filmed over a 12-year span, Arquette plays Olivia Evans, the loving, exhausted mother to Mason, the growing boy of the film's title (Ellar Coltrane), and Samantha (Lorelei Linklater).

In its vulnerability and realism, Arquette's performance runs counter to most mainstream Hollywood trends: Instead of a comic book movie hero who saves the Earth in the last 20 minutes, Olivia is a woman waging everyday battles over a period of years. She reads Mason "Harry Potter" books, goes back to school herself and keeps trying to find the right man to be a father to her children. In a moment of exasperation she vents her feelings of failure, saying, "I really enjoy making poor life decisions keeping us on the brink of poverty."

Her "Boyhood" character mimics Arquette's real life in some important ways. She has also raised two children, now 26 and 12; ended a couple of marriages, to actors Nicolas Cage and Thomas Jane; and worked steadily, lately mostly in television. She earned an Emmy for her lead performance in the network drama "Medium," played a tough speak-easy owner in the last season of HBO's "Boardwalk Empire" and just took on a role in the new police procedural "CSI: Cyber," slated to premiere March 4 on CBS.

Born into a family of actors — her father, grandfather and four siblings are all performers — Arquette managed to hold onto a sense of self over the years, keeping her crooked teeth, for instance, when reviewers commented early in her career that she should straighten them.

Most moviegoers discovered Arquette as a sensual ingenue in 1990s films such as "True Romance" and "Lost Highway." In "Boyhood" they see her age, retaining that sensuality and adding onto it the pounds, wrinkles and perspective that come inevitably with a life of taking care of other people.

"You placed in my hands the heart of Olivia, an underappreciated single mother," Arquette said to Linklater upon receiving her Golden Globe Award. "Thank you for shining a light on this woman and the millions of women like her." 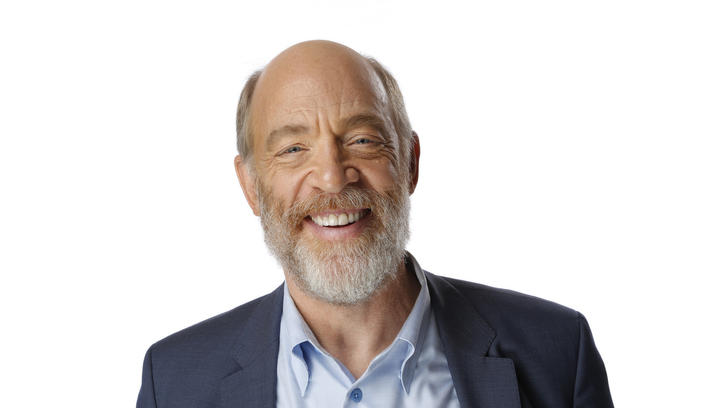 For most of his 20-plus career in Hollywood, J.K. Simmons has been "that guy" — and he's been pretty content with that.

Since breaking into films and television from theater in the mid-1990s, Simmons, 60, has been one of the industry's most versatile and reliable character actors. He has appeared in more than 60 movies (in 2009 alone, he popped up in nine of them), along with dozens of TV series.

He has played cops (on TNT's "The Closer," among other things) as well as criminals (most memorably on the HBO series "Oz"). He was the blustering newspaper editor J. Jonah Jameson in three "Spider-Man" films and the father of a pregnant teenager in the 2007 indie hit "Juno." The J. in his name is for Jonathan, but it could just as well stand for Journeyman.

You've probably recognized him whenever you saw him: the bald pate, the rumbly, Midwestern-inflected voice, the Everyman face that can be kind or sinister as the role demands. But you might not have always been able to summon up his name.

With Simmons' supporting actor nomination for his blistering performance as a brutally demanding music teacher in the drama "Whiplash," all that has changed. At an age when many actors are struggling for recognition and sizable roles, Simmons, who also received a Golden Globes Award, is suddenly getting more of both than he ever has before. It's enough to make him feel a bit of whiplash himself.

"It's definitely been amped up lately," Simmons said Thursday morning by phone from Atlanta, where he is working on the film "The Accountant."

"I'm honestly very glad in my case that it didn't come a lot earlier in my life because I definitely wouldn't have been equipped to deal with this kind of attention as a young man." He laughed. "I'm not sure I am now."

When he first received the script for "Whiplash," the Michigan native could never have envisioned that this low-budget movie from a young, unknown writer-director, Damien Chazelle, would alter the course of his career. He was immediately struck by the meatiness and ferocious potential of the Terence Fletcher role.

"I saw brilliance on the page," Simmons said. "[Co-star] Miles Teller and I always said everything was there in the script, and we just needed to do our best not to screw it up."

Simmons has never really wanted for work for very long, but in the wake of his Oscar nomination, he's likely to keep moving higher and higher on the call sheet.

"Years when I'm making eight or nine films in a year —a big part of that is because I'm usually doing very small parts in movies," he said. "One of the great benefits of all the attention I'm getting now is that the roles people are offering are more substantial. It's very humbling and gratifying."