‘Blue Ruin’ and ‘The Opportunist’ were admitted to the festival, bringing their respective teams of young American filmmakers to the Riviera (on the cheap-ish). 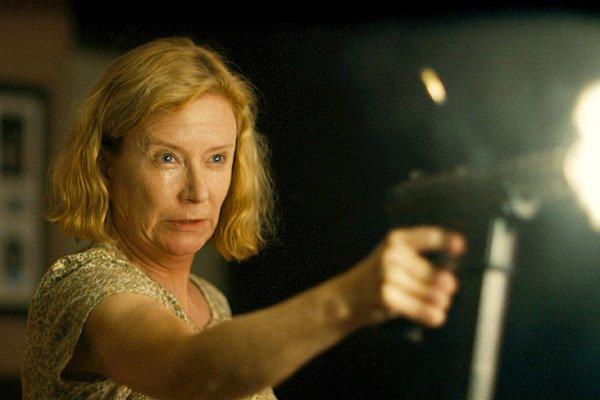 A scene from the movie "Blue Ruin" by director Jeremy Saulnier who raised funds for the movie on Kickstarter. (Cannes Film Festival) Cannes scene photos

'Blue Ruin' and 'The Opportunist' were admitted to the festival, bringing their respective teams of young American filmmakers to the Riviera (on the cheap-ish).

A few months ago, Jeremy Saulnier had risen early for a flight to Cleveland when he saw a message in his inbox. It was in French.

The 36-year-old New Yorker was traveling to the Buckeye State to shoot corporate videos, which the director had been doing to pay the bills since his filmmaking career fizzled six years before with the disappointing performance of his first movie, a genre comedy called "Murder Party."

The email that morning was from programmers at the Cannes Film Festival. They really liked a rough cut of his new effort, an unconventional revenge drama titled "Blue Ruin," which he and his wife had liquidated their retirement accounts to make. The programmers seemed interested in showing it in the festival's Directors' Fortnight section.

"The email was all in French, and it said that at that point the movie's status at the festival was 'envisage,'" recalled Saulnier, who had submitted "Blue Ruin" to Cannes on a lark after it was rejected by the Sundance Film Festival. "I had no idea what that meant."

A strong possibility of acceptance, it turned out.

A few days ago, Saulnier found himself sitting at a table at this city's landmark Grand Hotel, where throughout the day and night, industry movers and shakers break out bottles of rosé and shake on million-dollar deals. 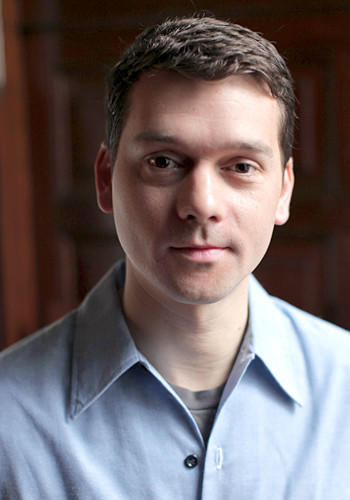 The weather was an odd mix of sun, rain and sleet, but Saulnier was dressed in shirtsleeves. "I'm used to slaving away at Sundance, so this is just fine," he said.

But he did a double take when the check arrived. "Eight euros? For a small bottle of sparkling water?" he said, his eyes nearly popping out of his head.

Most of the attention at this upscale Riviera town this week centers on the big-time directors, including Americans such as Alexander Payne, the Coen brothers and Steven Soderbergh, who are unveiling new work at the festival.

But Cannes occasionally makes room for a smaller, scrappier personality, someone who brings a DIY ethos to what is one of the world's most prestigious -- and most expensive -- film gatherings. And increasingly these personalities seem to come from the U.S. as much as from Europe.

Call them the Kickstarter Kids -- young Americans at Cannes who are defying stereotypes of the global-cinema circuit. They embody a shoe-leather approach not often seen at a festival whose films are usually financed with comparatively lavish budgets by foreign distributors, Hollywood studios, deep-pocketed investors and government film funds.

And though it might be too early to call them a class, thanks to the democratizing advantages of crowd-funding and low-budget equipment, they are -- one cheap room and freeloaded drink at a time -- making inroads in what has traditionally been a club for elites.

Saulnier, who raised more than $35,000 on Kickstarter for "Blue Ruin," had to rush to finish post-production work on the film after it was formally given a slot at this year's festival in early April.

Most well-known filmmakers have a team of editors, sound mixers and other savvy veterans to help in the homestretch -- Saulnier had a few friends who doubled as crew members, and they stayed up nights at a time to finish the film.

Unlike the directors put up at $800-per-night rooms in the glamorous old hotels that line the Boulevard de la Croisette, Saulnier is bunking with his producers and crew at an apartment near the train station. They found the place online, and were grateful when they arrived that it wasn't an Internet scam. (That wasn't the case on their first day of shooting "Blue Ruin," when an address for a location turned out to be false and the money they wired the "owner" was gone.)

Misadventures of the Airbnb kind aside, the strategy appears to have worked: After the movie's world premiere Saturday, distribution rights were bought by Radius, a boutique label owned by the Weinstein Co.

The following day, Los Angeles-based director David Lassiter, actor Nick Clifford and two producing partners gathered in a spot not far away at the Grand.

The Silver Lake quartet, who had also turned to Kickstarter to raise money, had come to Cannes with their short film "The Opportunist," an L.A.-set character drama about a charming con man that also world-premiered on Saturday, this time in the Critics' Week section.

When they received a response from the festival, they were so convinced they wouldn't get in that they misread the French message as a rejection letter.

It's rare for Americans to land in Critics' Week. It's even rarer for just-trying-to-get-a-break directors in their 20s.

The three filmmakers graduated from Northwestern University just five years ago, and Lassiter cast Clifford not because he had come recommended by a credentialed casting director or producer, but for a simpler reason: He was his roommate.

"It cost us more money to come to Cannes than to make this movie," said one of the producers, Cate Smierciak, who just a few years ago was attending the festival herself as a junior-level employee with a German film company. "Actually, I'm not joking. We went back to the crowd-sourcing that helped us make the movie and said, 'Help send us here.'"

The filmmakers are staying in a dingy apartment, sleeping alongside crew members on blankets laid out on the floor. (The room grew even smaller when several other people who worked on the movie decided they wanted to come too. They were told all were welcome -- though linens would be at a premium.)

Instead of restaurants, the group is stocking up on supplies at the local grocery store. Smierciak, who spends her days running around meeting with potential financiers in the hope of landing money for a feature version of "The Opportunist" or another project, finds herself with an unlikely second job in the evenings: cooking detail.

But such a sacrifice may be worth it. With "Cannes Film Festival" on their resume, they can now claim an accomplishment that eludes some far-higher-profile and more veteran filmmakers.

Saulnier and Lassiter's movies each offer a commercial premise in art-house packaging. "Blue Ruin" is a mood piece about a hobo (Macon Blair) who sets out to kill the man who murdered his parents but who in the process touches off a war with a violent family, endangering his own life and the life of his sister. "The Opportunist" looks at an unnamed man (Clifford) who crashes a party and insinuates himself in different groups for his own, possibly creepy, purposes. 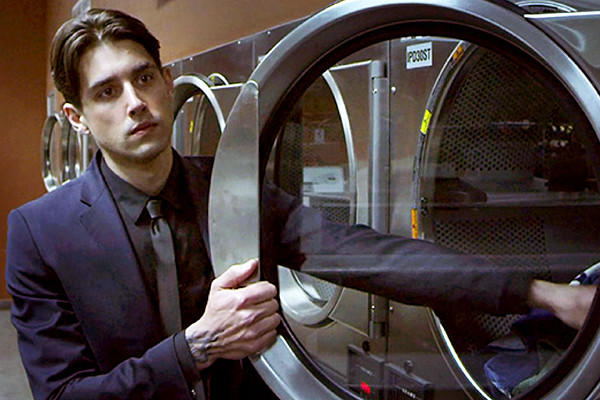 Nick Clifford in a scene from the Kickstarter-funded movie "The Opportunist." (www.opportunistfilm.com) More photos

"I felt guilty asking people for money," Lassiter said. "But I've been on the other end many times and actually felt good about giving." He added: "And I guess that's what people are doing here. They're just doing it with richer people."

Lassiter and his team shot their movie, whose action mainly takes place at an East L.A. house party, over the course of a few days at a friend's apartment. They half-tricked acquaintances into coming over and serving as extras by shooting it on Lassiter's birthday and sending out an email inviting people to "a party."

"I think by the 12th take, some of them were like, 'So when does this party start?'" Clifford said.

Saulnier also had to get creative with his budget. In addition to saying goodbye to their IRAs, he and his wife refinanced their home and maxed out well over $100,000 on a credit card. Since much of the money was, as Saulnier puts it, "theoretical," he took to Kickstarter to secure enough liquid cash so he could trigger actor deals.

His daughters make appearances in the film, and a key home invasion scene was shot at his childhood home while his family cleared out for a few days. A 1990 Pontiac that features prominently didn't come from a standard prop house: His father, who collected old cars, lent it to him.

His father was dying as he made the film. On his dad's deathbed, Saulnier said, the filmmaker made an unusual promise: "I kind of b.s.-ed him and said I'll get into a major festival." He gave a small laugh. "I'm not sure I ever thought it would be this one." 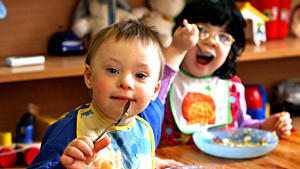 These are the families that were completely out of luck, and it's just a tragedy. 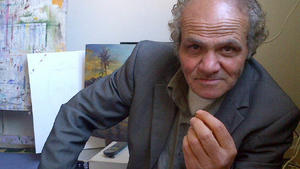 I told them, 'You don't have to get my permission; go destroy them.' 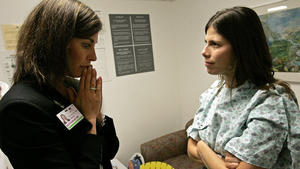