The R&B singer says he’s trying to learn from his mistakes. His sixth disc, ‘X,’ is part of the plan. 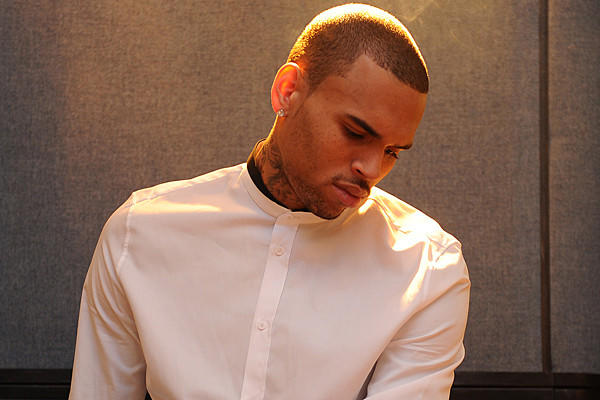 Chris Brown goes into the unknown with a new album, new image

The singer says he's trying to learn from his mistakes. His new disc, 'X,' is part of the plan.

Chris Brown is in a Burbank studio previewing his forthcoming album, and pushing the reset button on a career bogged down by scandal. The embattled R&B singer takes a lengthy drag off his cigarette before pressing "play" on the title track of "X," his sixth disc, due out in late summer.

"You can start a fight, I ain't fighting back," he sings on the track. "I swear to God I'm moving on."

Brown listens quietly as the music plays out, dancing behind the sprawling control console. When it's over, the singer puts out his cigarette, takes a seat and opens up.

"Basically I'm being honest," he says. "I'm 23. I hang out with a lot of bad people and a lot of good people. But everything is a learning process. I'm just trying to move forward and learn from every mistake."

From his felony conviction over a 2009 assault against girlfriend Rihanna and their on again-off again relationship since, frequent Twitter spats and alleged fights with Frank Ocean and Drake, Brown has no shortage of mistakes to learn from.

While recording "X," Brown was aware that he was up against a reputation he, in part, helped create.

"There was so much .... that was going on in my life. Fights and other stuff going on in the media. I got to the point where I didn't even want to leave the studio," he says, his tattoos and the serious topic making him seem older than his age. "It's like I don't even want to go out and be seen. I don't want a new story to come out." 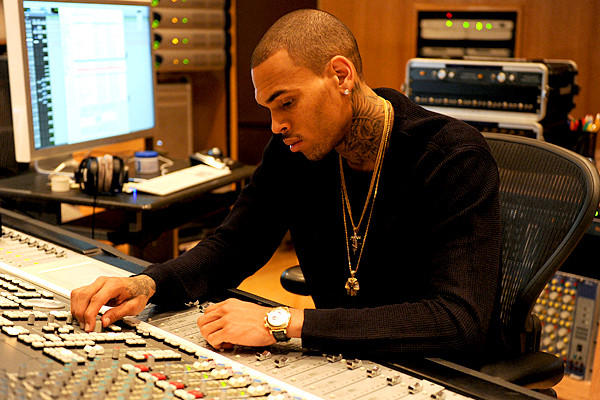 "For this album you get a chance to take a journey with me and listen to every dynamic of who I am," says Brown. (Frank Micelotta / PictureGroup) More photos

Just outside earshot is a small entourage that includes his mother and his publicist. In person he's charming and downright likable — reinforcing the disconnect between his dangerous public persona and the introspective person sitting behind closed doors.

But he says the record's more honest approach is not a bid to win over a disapproving public.

"I think it's about me having a clear head — me actually being humble about it," he says. "People are just going to have to like me for it. Or don't. I don't really focus on the negative anymore. I know there's always stories or this or that out about Chris Brown.... [but] whatever you think you know about me, just listen to the album."

The album's title has several meanings, according to Brown. It's the numbers in his birthdate, added together and converted to a Roman numeral. It's also the 24th letter in the alphabet, corresponding to the age he'll be when the album is released. But there's more to it for Brown.

"'X' is almost .... the reject," he explains. "X defines who I am — whether it means X being forbidden or blunt. It's who I am now, transitioning as a man and not trying to focus on the past stuff and trials and tribulations. It's the unspoken voice from me."

I don't really focus on the negative anymore."

To record the album, the singer recruited emerging producers and returning hit makers Polow Da Don, Timbaland, Pharrell, Drumma Boy and Danja. While recent work relied on pulsating Europop, to much negative criticism, on "X" the singer performs tracks that showcase his ability to straddle urban and pop terrain and show him singing with greater depth.

"Somebody Else" might have an '80s hip-hop dance-beat flourish, but a closer listen reveals him singing that he "never saw the day coming that you would leave." The navel-gazing continues on "Autumn Leaves," a somber ballad that will feature Kendrick Lamar.

And yes, Brown has logged more studio time with Rihanna.

"When we did 'Nobody's Business' [their 2012 single] we actually did another song for my album called 'Put It Up,'" he says, his face glowing. "I wanted to do an R&B record with Rihanna. I didn't want to do the pop stuff, I wanted to do something that people aren't used to hearing."

Producer Leon "RoccStar" Youngblood Jr. (Rita Ora, Timbaland, Usher) helped produce or write a number of tracks on the album. He likens "X" to "Confessions," Usher's critically heralded 2004 disc of provocative, self-referential tunes. He says it will give Brown's harshest critics an unexpectedly revealing scope of the singer. 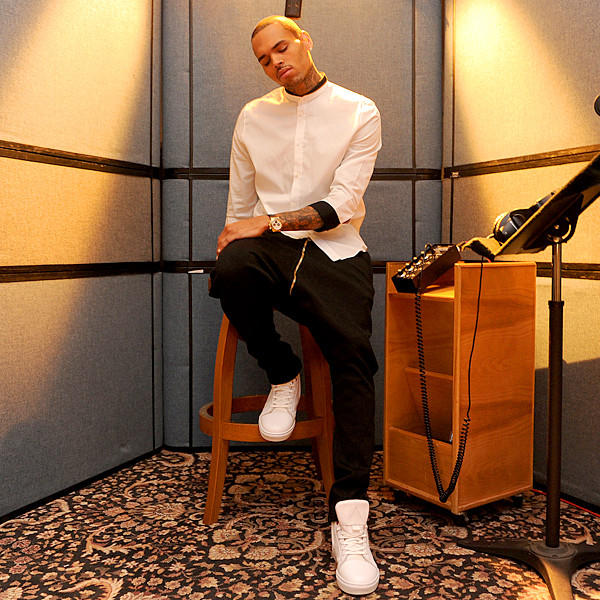 "They don't see the person behind the image," Youngblood said. "He's done a great record.... but they are great pop records. It doesn't tell the world who he is. [This album] is going to put a heartbeat inside the persona. I think this is going to bring him to life. You're going to finally understand what he feels."

"He's been looked at as 'the bad boy of R&B,' the new Bobby Brown," Kennedy said. "Obviously, after a lot of incidents and episodes that he's had, it's something that's been cast on him. But he's also embraced it in a way. It's like OK, you want to call me this bad guy, I'm going to run with that and get all the tattoos and act wild. He's kind of taken it on."

Can an album change that?

"I'm not sure there is anything deliberate that he can do that might change our minds," Kennedy said. "If he were able to put together a good stretch of time where he wasn't getting into altercations, or getting into trouble with the law, and just kind of shying away ... it would be possible."

Brown knows people are watching, listening and waiting to judge.

"For this album you get a chance to take a journey with me and listen to every dynamic of who I am, whether it be the subject matter or the substance in the records," Brown says. "I've been doing this for eight years, but now it's me trying to prove another point. It's not as much as me wanting to prove to naysayers, it's more of me proving to my fans."

When digital beef gets real: What Drake, Chris Brown, Meek Mill can learn