Jeff Bridges & the Abiders to perform at Lebowski Fest L.A.

Jeff Bridges, forever the Dude to many people, is scheduled to perform at this year’s Lebowski Fest L.A.

Bridges and his country-rock band, the Abiders, will play before a screening of the Coen brothers’ cult classic “The Big Lebowski” on April 25 at the Wiltern Theatre.

Bridges is an Oscar-winning actor, and he’s become known for his photography. But he’s also had a longtime passion for music, talking about it last year with the Los Angeles Times’ Randy Lewis.

He said that after his Academy Award-winning role in the 2009 film “Crazy Heart,” he decided it was time to pursue his “teenage dream of having a band and going on the road and making records.” He and the Abiders have toured and played clubs and festivals.

PHOTOS: Concerts by The L.A. Times

Bridges, 64, said he was introduced to rock by big brother Beau.

“Kind of vicariously I lived the birth of rock ‘n’ roll through Beau, who was listening to Chuck Berry, the Everly Brothers, Buddy Holly,” he said.

Their actor father, Lloyd Bridges, also had music in his repertoire. He “was quite a singer,” Bridges said.

Lloyd Bridges performed in musicals including “Guys and Dolls” and replaced Richard Kiley in “Man of La Mancha” on Broadway.

Meanwhile, check out our graphic celebrating the Dude, below (or mobile users can try this version). 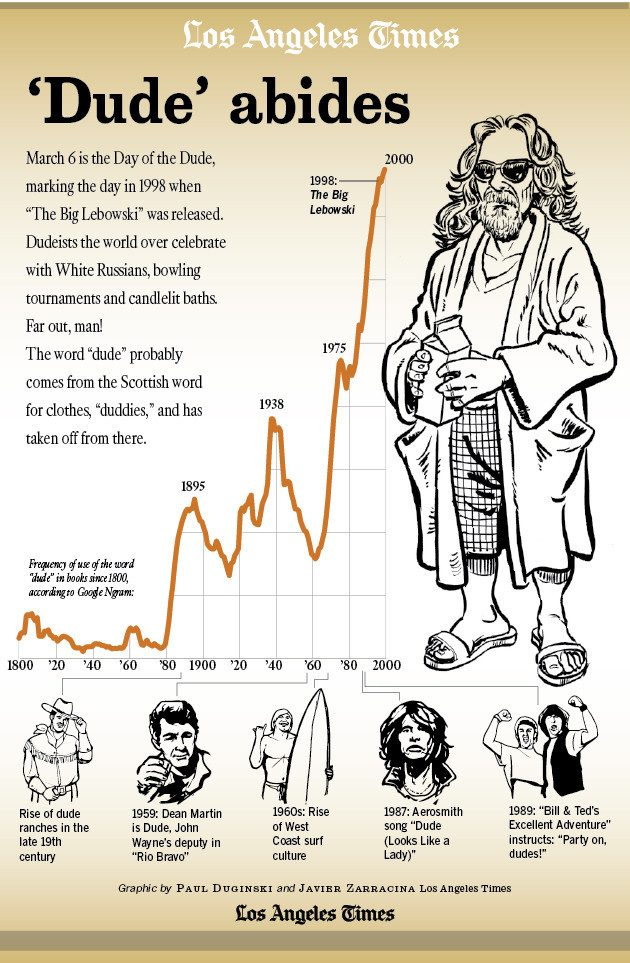 Review: Not enough Shakira in ‘Shakira’

Brandy Clark, who writes hits for others, tells her own ’12 Stories’