Donald vs. Arnold: Comparing the once and future ‘Celebrity Apprentice’ hosts

On Monday it was announced that Arnold Schwarzenegger would replace Donald Trump as host of NBC's "The Celebrity Apprentice."

The two men have much in common, starting, of course, with their tawny manes and preternaturally bronzed complexions. But the similarities are more than just skin deep: Both Schwarzenegger and Trump have followed unlikely professional journeys, beginning in industries outside of Hollywood before venturing into showbiz and eventually politics.

Here's a side-by-side comparison of the former California governor and the current Republican presidential frontrunner. 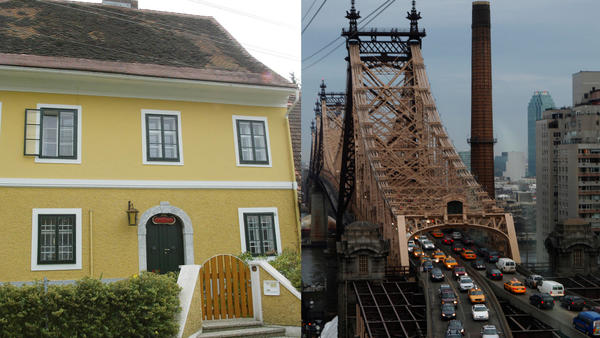 Schwarzenegger: The Guvernator, The Austrian Oak

Trump: The Donald, The Short-Fingered Vulgarian 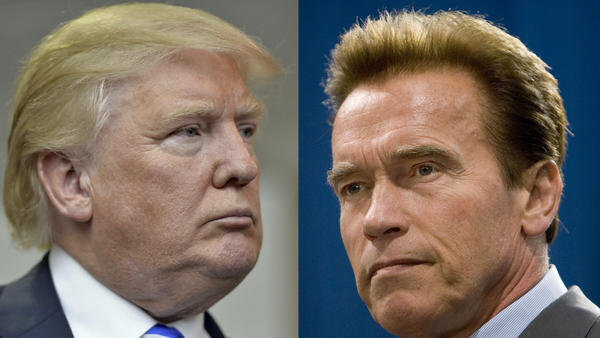 Schwarzenegger: Five children, ranging in age from 17 to 25.

Trump: Five children, ranging in age from 9 to 37. 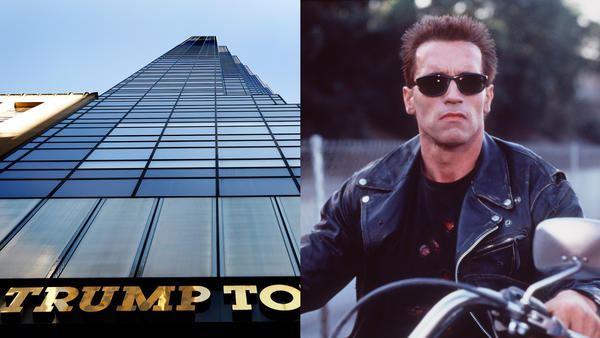 Schwarzenegger: In 1991, when "Terminator 2: Judgment Day" grossed $200 million at the box office.

Trump: In 1983, when the 58-story Trump Tower opened in 1983 at the corner of 56th Street and Fifth Avenue in Manhattan, on the site of the former Bonwit Teller department store.

Schwarzenegger: Was married to Maria Shriver, niece of President Kennedy, for 25 years before they split in 2011.

Trump: Has donated  more than $500,000 to Democratic campaigns since 1989 and was registered as a Democrat from 2001-2009; Hillary and Bill Clinton attended his 2005 wedding to third wife Melania Knauss.

Schwarzenegger: As governor of California, pushed through legislation which prevented undocumented immigrants from obtaining drivers licenses.

Trump: Believes Mexico should pay for wall on border with United States, and has called for the end of birthright citizenship and the deportation of millions of undocumented workers. 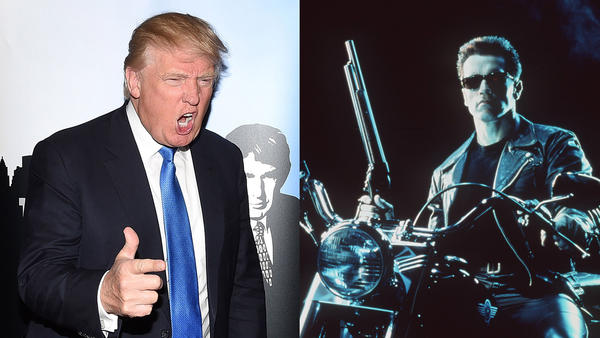 Schwarzenegger: In 1977, the year he was featured in the bodybuilding documentary, "Pumping Iron," and his memoir, "Arnold: The Education of a Bodybuilder," was released.

Trump: In 1973, as president of the Trump Management Corp., which rented more than 14,000 apartments in the outer boroughs of New York City and was accused of discriminating against black tenants by the Department of Justice.

Schwarzenegger: Fathered a child with longtime housekeeper, Mildred "Patty" Baena; has been accused by several women of groping and sexual misconduct, but no charges have ever been filed. 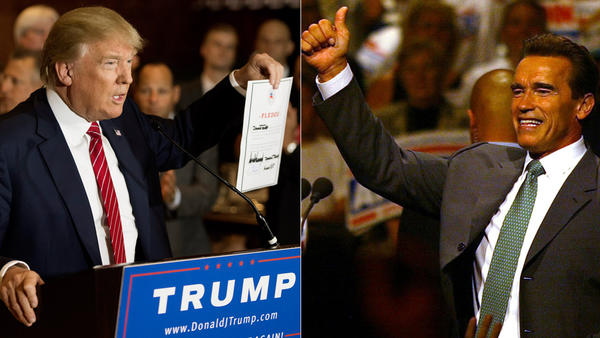 Trump: Hopes to become the 45th president of the United States so he can "Make America Great Again," just like the hat says.

Schwarzenegger: Served as governor of California from 2003 to 2011; reportedly considered mounting a legal challenge to enable a presidential run, due to his having been born overseas.

Schwarzenegger: Completed a year of compulsory service in the Austrian army, but was punished for going AWOL to compete in bodybuilding competition.

Trump: Received a medical deferment from the Vietnam draft for bone spurs in his heels, but has said he “always felt that I was in the military” because of his time as a student at a military-style prep school in New York.

Schwarzenegger: The zombie movie "Maggie," released this spring, brought in just $193,000 at the box office. It followed a string of box office duds, including "Sabotage" and "The Last Stand." 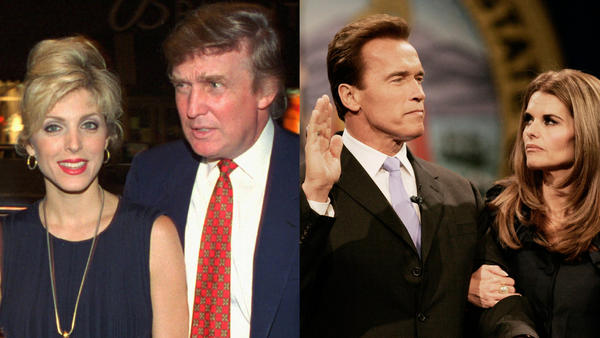 Schwarzenegger: His split from Maria Shriver, finalized in 2014, is estimated to have cost between $100 million and $200 million.