In the Kitchen: Pancakes, picnics and PIE!

For Los Angeles chef Farid Zadi, Ramadan means baghrir, thin pancakes spread with butter and his own “North African-Canadian” mixture of maple syrup and orange. It’s a taste of home, something eaten by his Algerian family every year to break the fast. And it’s almost as delicious — though probably slightly less meaningful — even if you haven’t gone without eating from dawn to dusk.

Ramadan, celebrated this year by Muslims around the world from June 17 to July 17, is in full swing, and Zadi, who just opened Revolutionario (tacos with North African-influenced fillings), stopped by our L.A. Times Test Kitchen to give us a demonstration of how to prepare his favorite dish. 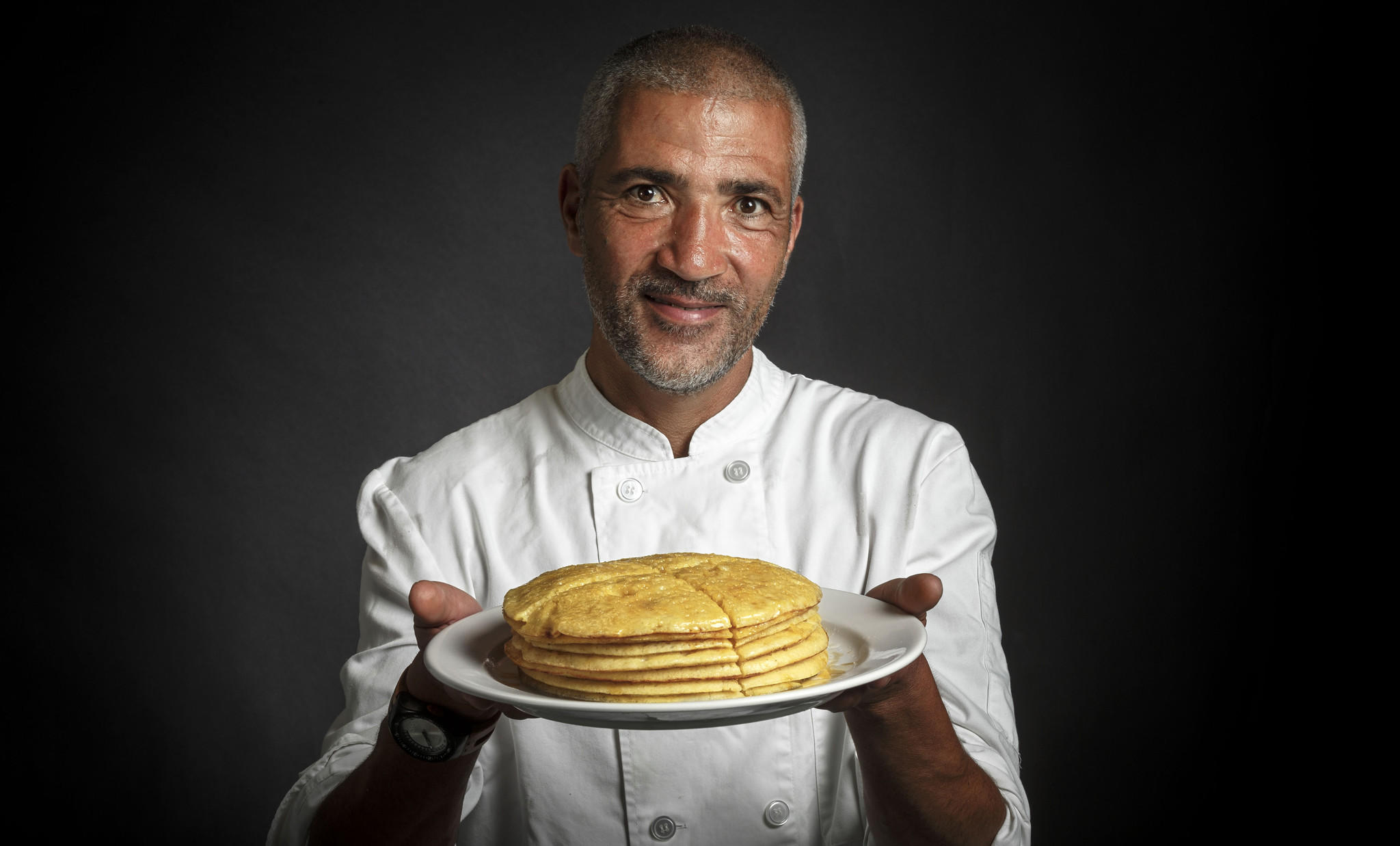 Not in the mood for pancakes? We’ve got 17 more Ramadan-friendly recipes right here.

We’re big fans of summer. We’ve loved it since way back in its indie days, before it became sold out and extremely popular. So we’ve spent the week revisiting a few of our favorite summer things: picnics, pies and, of course, cocktails.

Whether it’s a hike in the hills or a box at the Hollywood Bowl, summer in Los Angeles means picnics. Need some ideas to fill a backpack or a hamper? We’ve got 58 great picnic recipes right here —everything you’ll need from buttermilk fried chicken and the shooter’s sandwich to watermelon feta salad and midnight chocolate brownies. Dig in. 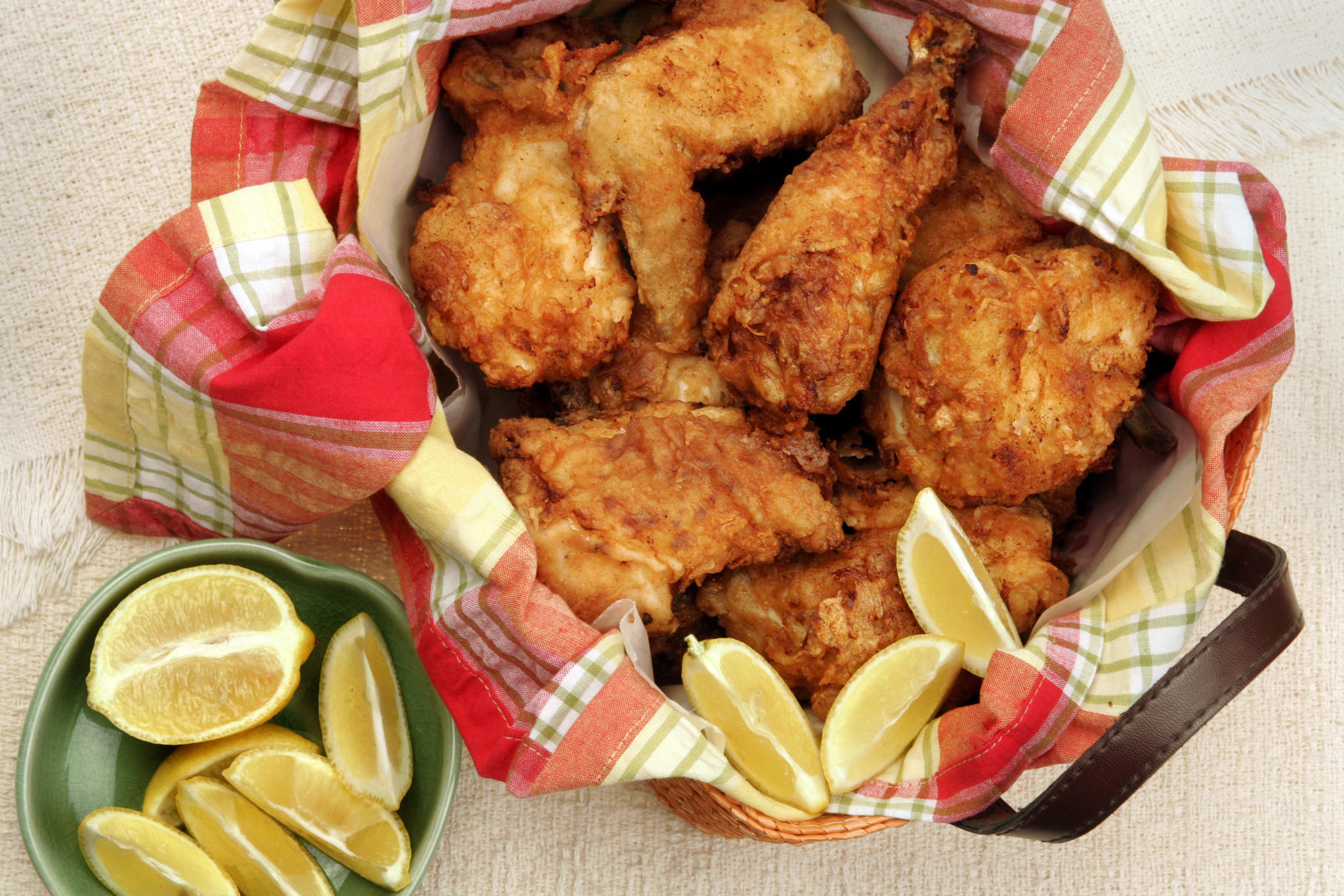 Summer also means the markets are overflowing with the best fresh fruit you can imagine: peaches, strawberries, nectarines, plums and more. When you’ve got great fruit, the only thing you can do to make it better is turn it into a pie. PIE! Here’s 11 summer pie recipes to get you started. 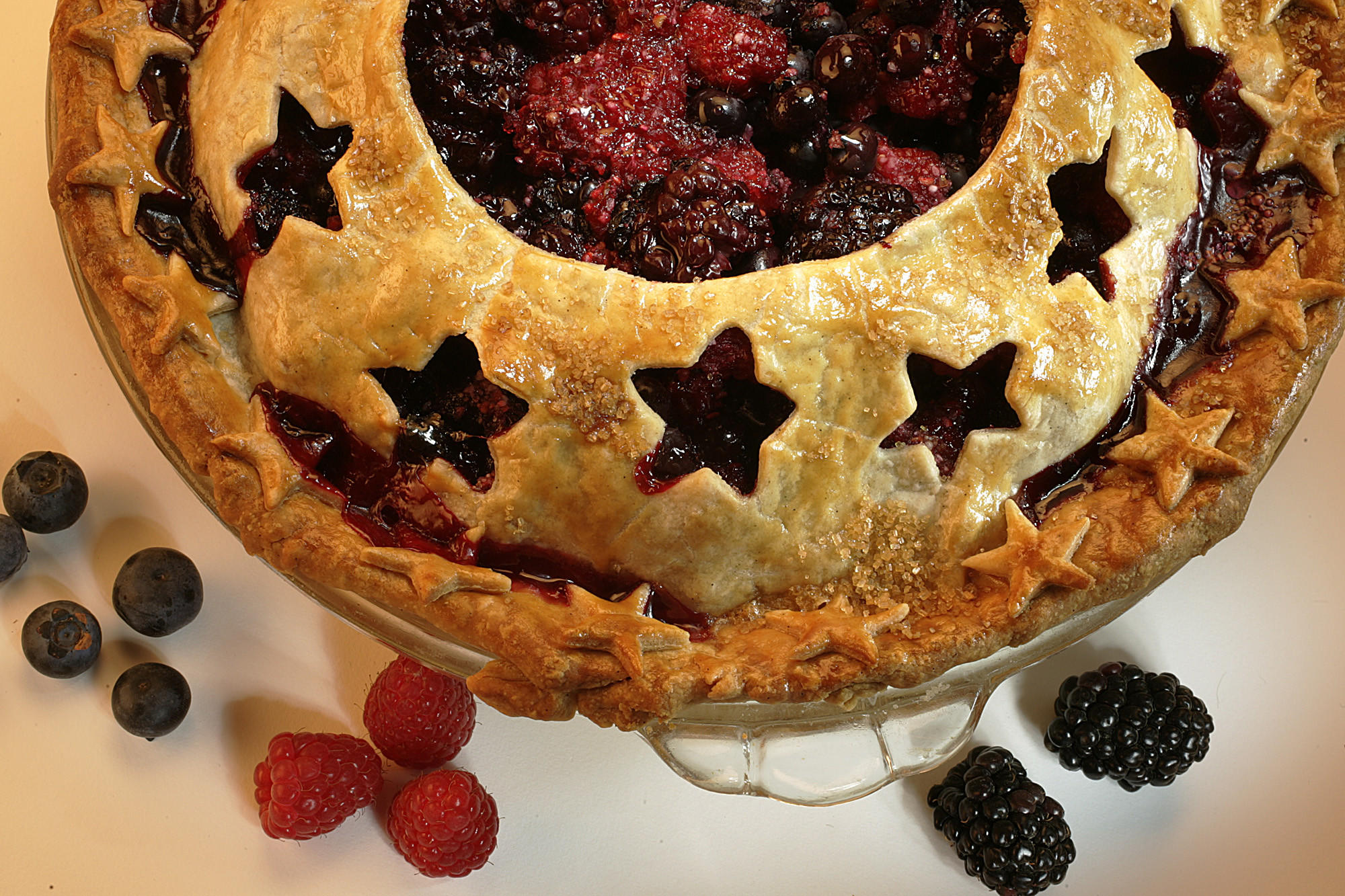 Maybe summer for you means sitting on the porch sipping something cool and calming. Here are 43 – count ’em – cocktail recipes. That’s enough to last well into October, or whenever the heat lets up this year. Interested in something a little less potent? How about a nice glass of chilled white wine? We’ve got six we think you’ll particularly like, either with food or just as an aperitif. 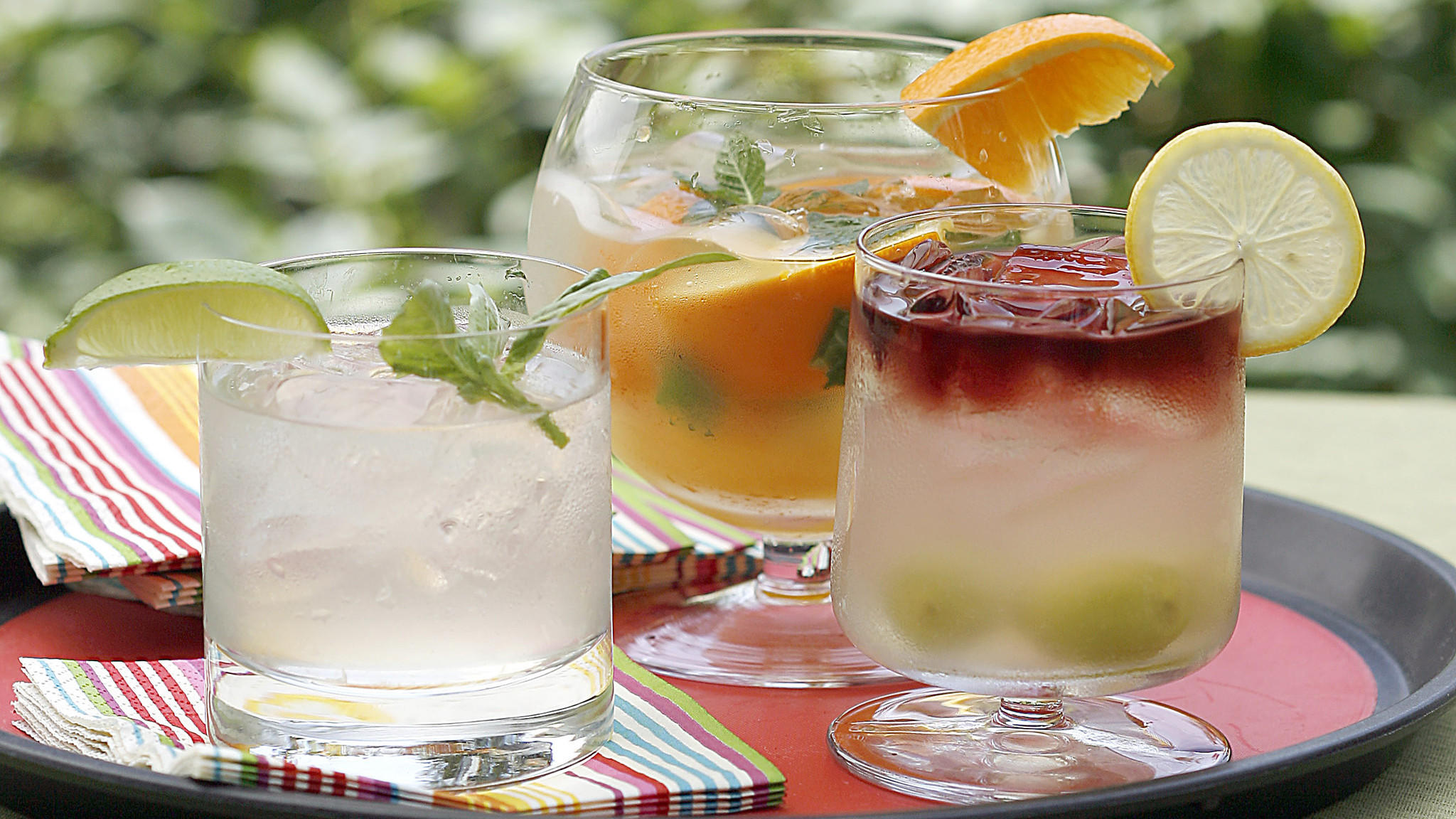 Whatever you’re drinking, don’t try this until the next day. Or you might wind up like the guy in this video, who tried to cut a watermelon with a scimitar … while it was resting on a glass table. Just a friendly warning. 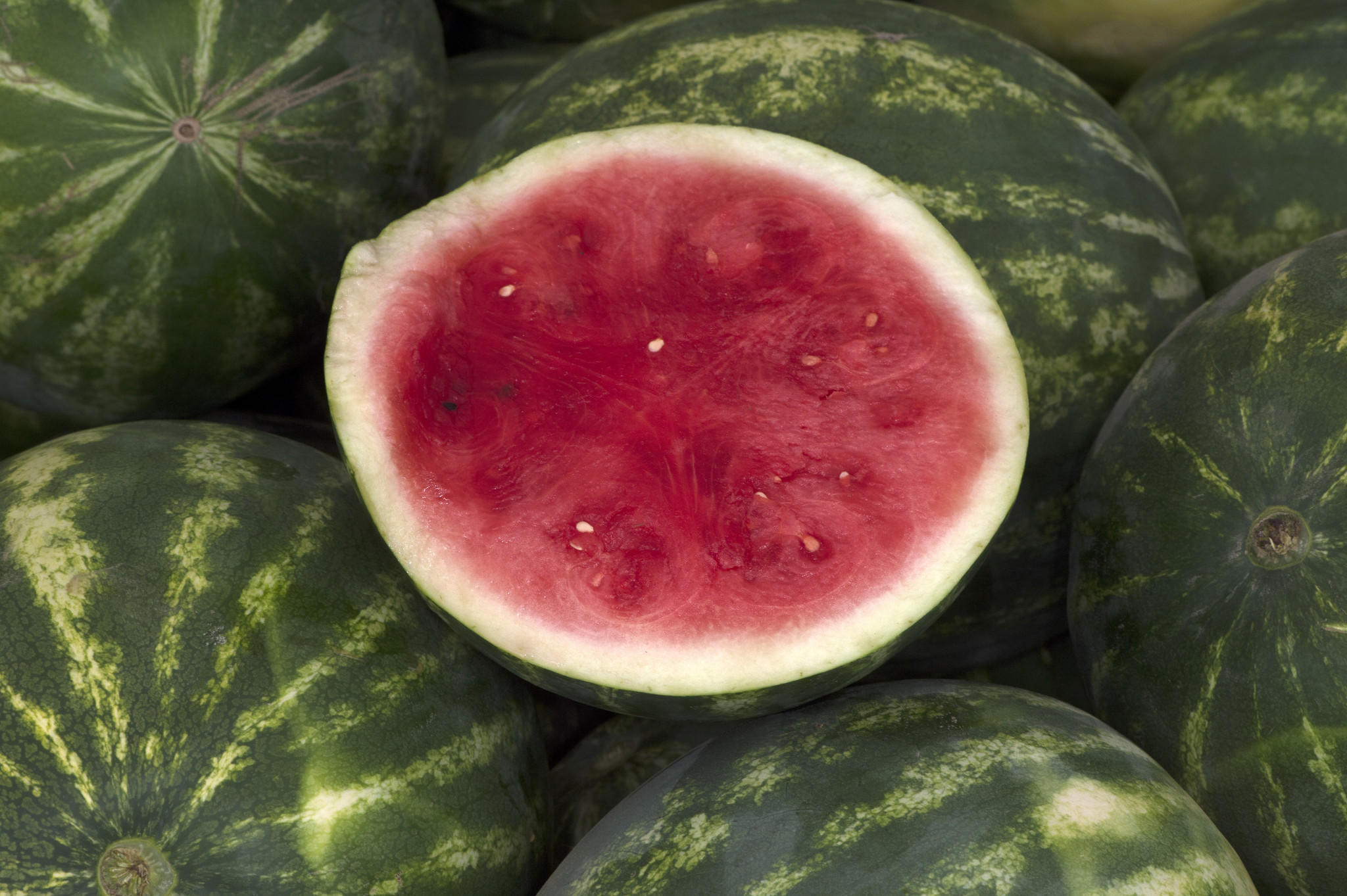 Nathanael Johnson, who did such a good job last year in his series on GMOs, takes a look at the troubled honeybee in a new series starting this week in Grist. Headline: “Why the Bee Crisis Isn’t as Bad as You Think (but Still Matters).”

One of my favorite summer dishes is a simple plate of hummus, a hollow smoothed in the center with the back of a spoon and filled with olive oil. So often, though, hummus is dense and sticky. The estimable Kristen Migliore from Food 52 found a neat trick in her Genius Recipe column. And as they say on the Internet: “What she found will amaze you!”

We’d love hear from you. Email us at food@latimes.com

Russ Parsons is a former Food writer and columnist and the former editor of the Food section at the Los Angeles Times.