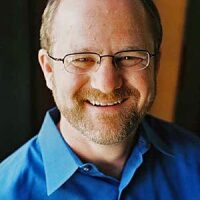 Russ Parsons is a former Food writer and columnist and the former editor of the Food section at the Los Angeles Times. He has been writing about food for more than 25 years, including more than 20 years at The Times. He is the author of the cookbooks “How to Read a French Fry” and “How to Pick a Peach.” In 2008, he was inducted into the James Beard Foundation’s Who’s Who of Food and Beverage, the hall of fame of American cooking. He left The Times in 2015.