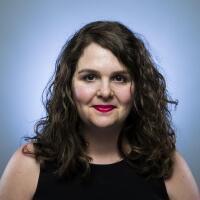 Julie Westfall is the former deputy politics editor at the Los Angeles Times. Previously, she led real-time news at The Times. She has also worked in breaking-news editing roles at Digital First Media in New York City, NPR-affiliate KPCC in Los Angeles, and the regional news startup TBD.com in Washington, D.C. She grew up in Florida and holds a bachelor’s degree in journalism from the University of Illinois at Urbana-Champaign. She also served as a Peace Corps volunteer in Mali.