L.A. riots by the numbers

In the aftermath of the riots, city officials tallied more than 1,000 damaged properties. This map shows sites in central and south L.A. that were hit the hardest, including buildings that were at least half damaged or deemed unsafe, according to city records. 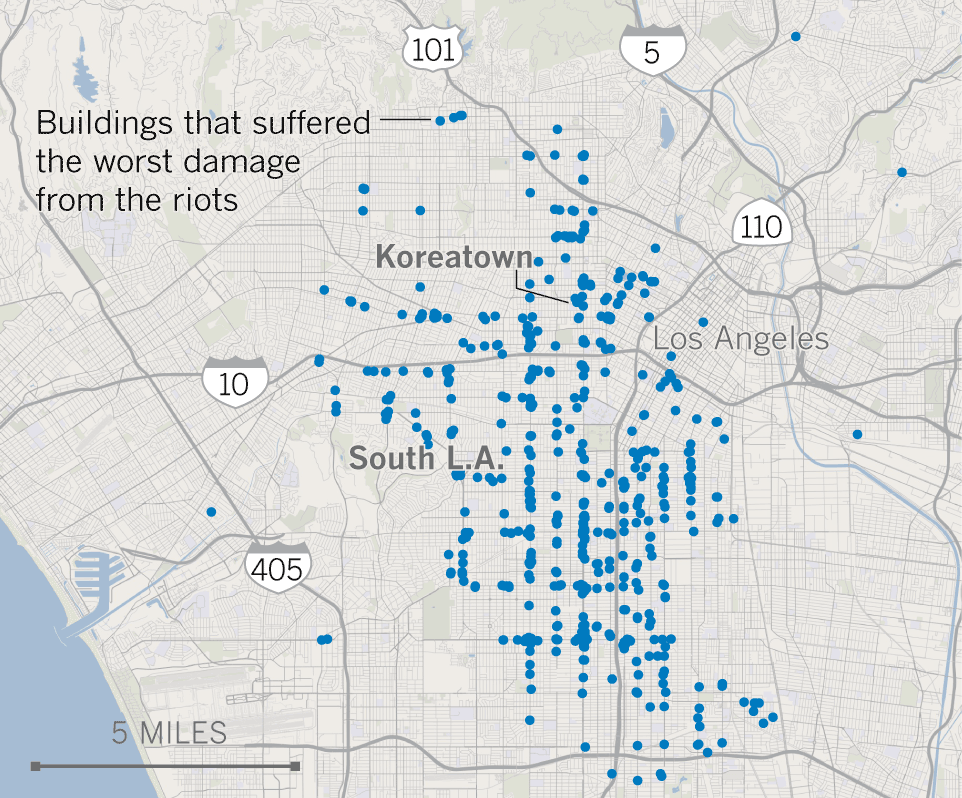 Deaths during the riots

More than 60 people lost their lives amid the looting and fires that ravaged the city over five days starting April 29, 1992. Ten were shot to death by law enforcement officials. An additional 44 people died in other homicides or incidents tied to the rioting. By year’s end, Los Angeles had 1,096 homicides, a record.

The demographics of the Los Angeles Police Department have changed dramatically over the last decades. The agency has been transformed from a predominantly white institution into one that closely mirrors the city’s demographics.

Racial makeup of LAPD versus the city

The city’s demographics have also changed. An expanding Latino population has displaced African Americans from their historic center in South Los Angeles. 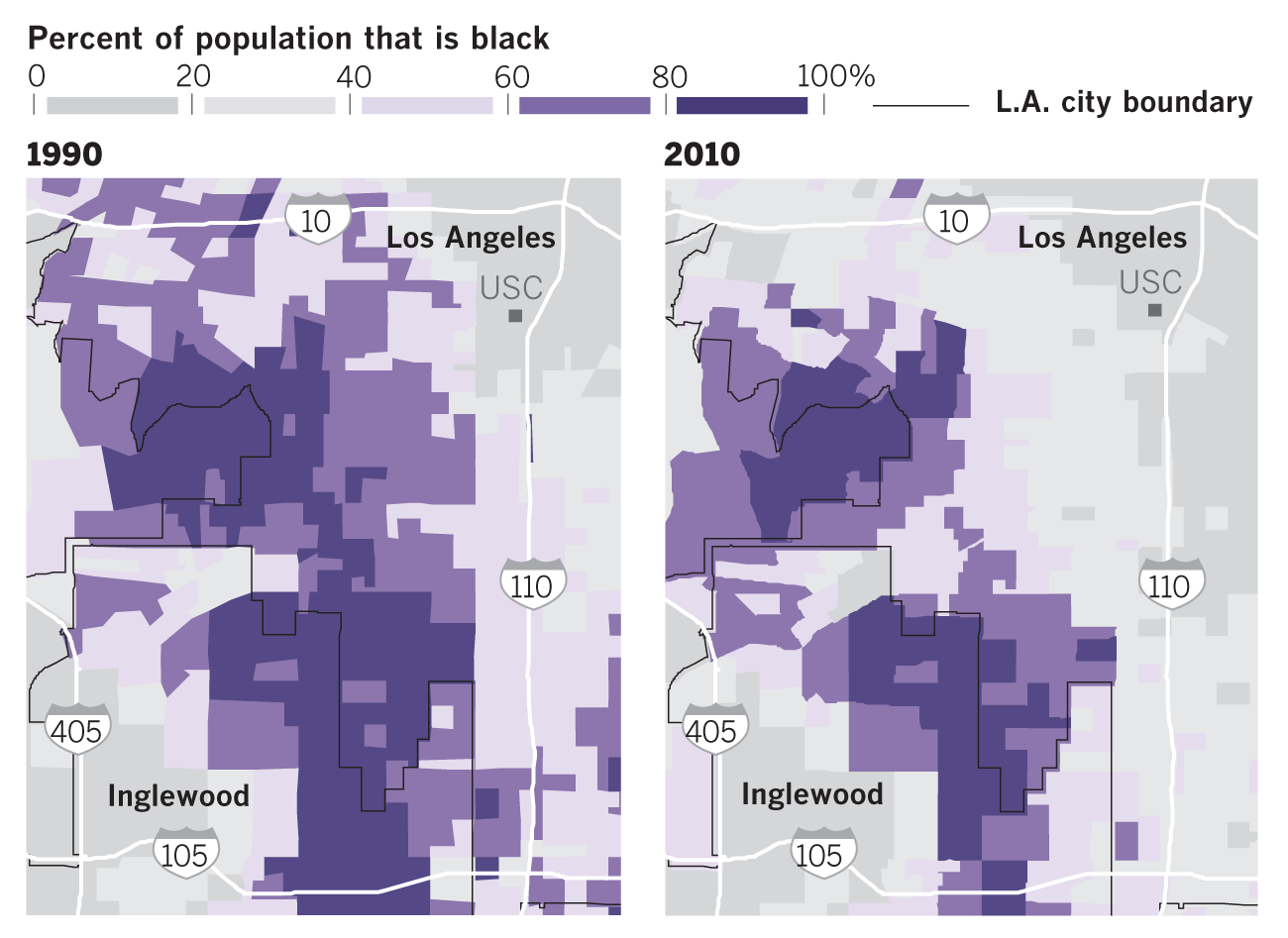 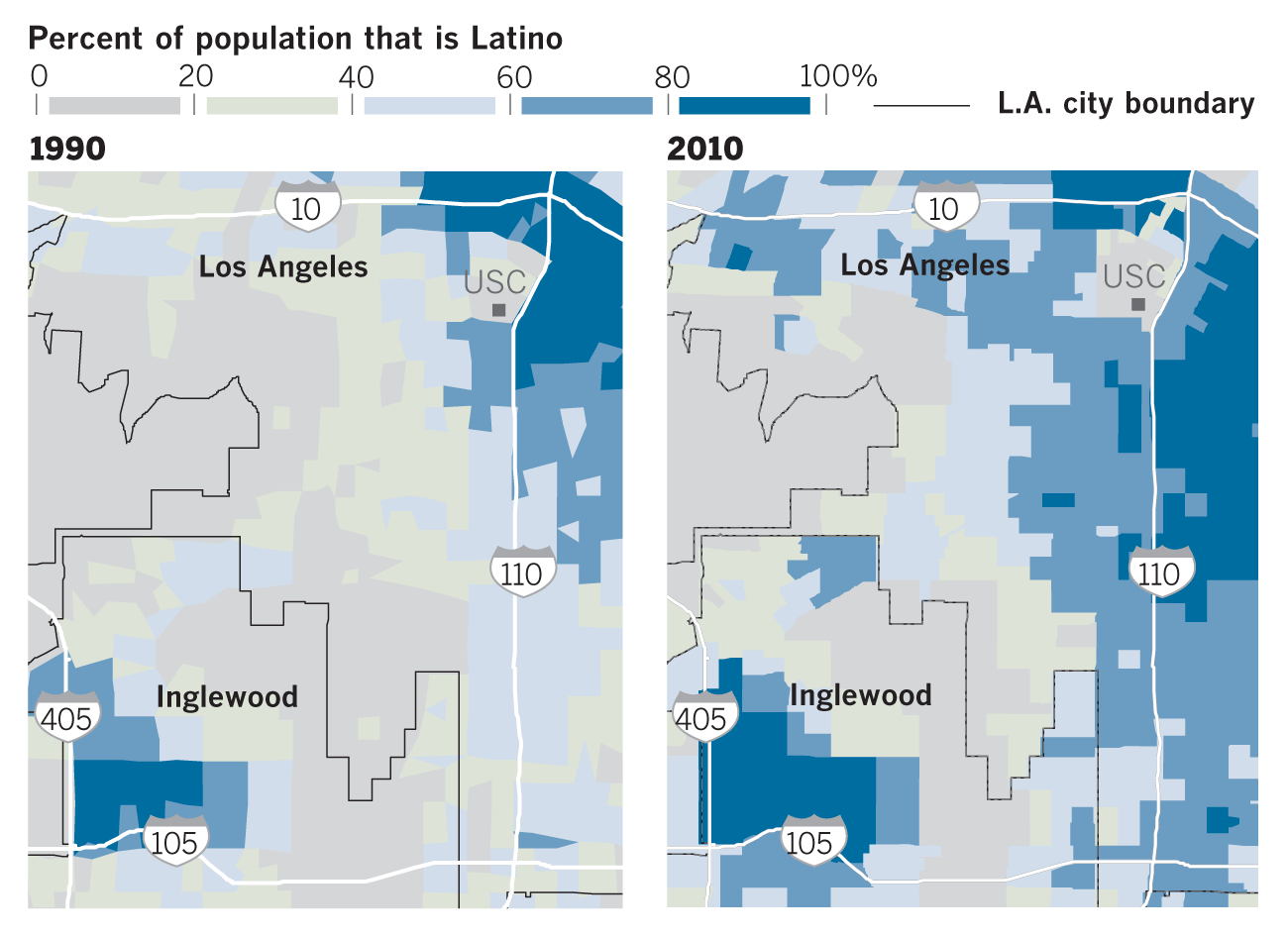