Welcome to the new weekly California newsletter from the Los Angeles Times. I'm Shelby Grad, The Times' California editor. I was born and raised in Los Angeles and have covered California as a Times reporter and editor for more than 20 years. This week, we launched a new daily California section, featuring news, analysis, features and investigative stories. Each Saturday morning, I'll send you the highlights of our coverage and try to connect the dots on the state's key story lines. Sign up here: Get the essential California newsletter.

And how wisely is that water used? Bettina Boxall, a Pulitzer Prize-winning environmental reporter for The Times, this week investigated the little-known Westlands Water District, which controls water in a large swath of the Central Valley.

Her assessment is troubling: "In all of California, there may be no worse place to practice the kind of industrial-scale irrigated agriculture that Westlands is famous for than the badly drained, salt-laden lands that make up roughly half the district." Despite this, Westlands has become a potent, and controversial, political force in water policy. 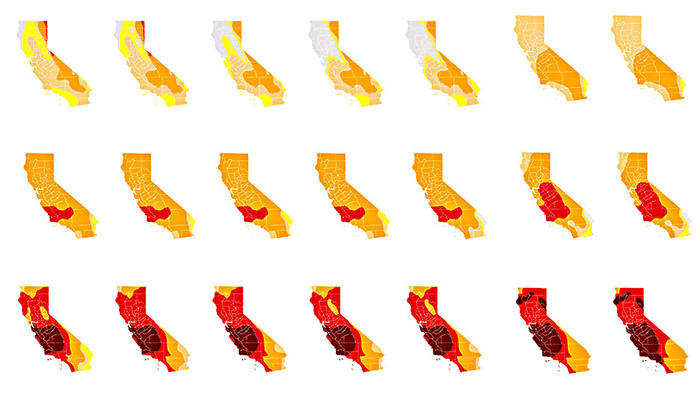 For those hoping the winter will bring drought relief, think again. Forecasters say Southern California might get slightly above-average rainfall, but it won't be enough to ease drought conditions. The rapid dry-out of California is dramatically visualized in this graphic by Kyle Kim and Thomas Suh Lauder that takes a weekly snapshot of worsening conditions since 2011.

And if you wondered whether the politicians urging you to conserve water are doing it themselves, check out this investigation by the Center for Investigative Reporting. (Hint: some don't exactly practice what they preach.)

John Deasy's departure as head of the Los Angeles Unified School District was about iPads, disastrous student tracking technology, chilly relations with the school board and more. But it was also an important front in a national battle over the future of urban school systems.

That's the conclusion of an analysis by Times education writer Teresa Watanabe. Deasy was one of several schools chiefs to advocate big changes: creating more independent charter schools, using student test scores to help evaluate teachers and relying less on seniority when teachers are laid off. They have faced fights from teacher unions and community activists.

Deasy's highest-profile initiative was providing iPads to all students. Before stepping aside, he suspended the program. A Times review found that some within the school district had concerns about using school construction bond money to pay for the curriculum loaded into the iPads, saying it could be improper. And Deasy's replacement, Ramon Cortines, seems to agree with those misgivings, marking another blow to the $1.3-billion iPad program.

The LAUSD, by the way, has some competition from a Chinese billionaire, who has opened an elite $45,000-a-year prep school inside a hotel in downtown Los Angeles.

As Chief Charlie Beck begins a second five-year term, some serious questions have been raised about whether the Los Angeles Police Department is properly deploying its officers. First there was the "ghost cars" story, which reported that the LAPD watchdog found that some police officials deliberately falsified records to make it appear that officers were patrolling city streets when they were not.

Times police reporter Joel Rubin followed that story with another, uncovering an internal report showing that there were often fewer officers patrolling L.A.'s toughest neighborhoods than the number called for by the department's computer-generated deployment plan. The LAPD downplays the seriousness of the issues.

In Orange County, the district attorney's office is facing questions over its use of jailhouse informants after an admitted murderer was set free this year. The Orange County Register broke down what happened in the case. 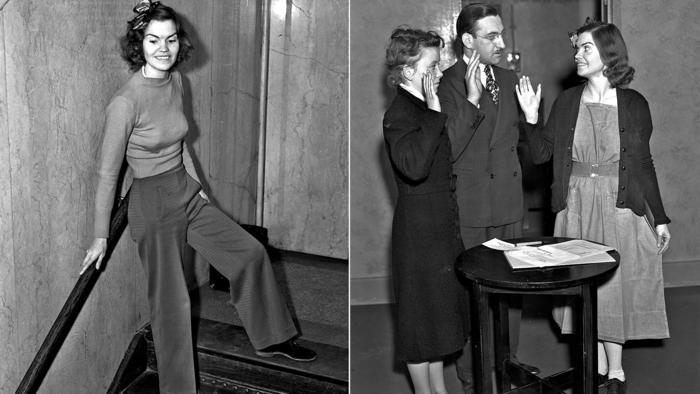 You can't miss the incredible true story from our archives of the L.A. kindergarten teacher who was sent to jail for wearing slacks instead of a dress to court. It was 1938, and her case generated protests - and a court ruling preserving her fashion rights.

Look Sunday for an investigation of the Los Angeles County Fire Department by reporter Paul Pringle.

On Friday, the Los Angeles City Council will decide whether to place a measure on the March 3 ballot changing the date of city elections from odd- to even-numbered years.

Get essential California news delivered to your inbox every week: Sign up here