Drawdowns and death of the Salton Sea

Water diverted to metropolitan areas along the coast will expose large swaths of lake bed and drastically increase salt levels in the lake.

The Salton Sea, California’s largest lake at 370 square miles, once supported popular resorts and a thriving inland saltwater fishery. It is now shrinking and threatening to wreak havoc on air quality, habitat and local economies. Water transfers to metropolitan areas along the coast and other factors are exposing large swaths of lake bed and drastically increasing salt levels in the lake.

If nothing is done, water transfers and other factors reducing water inflow will result in a total loss of more than 500,000 acre-feet. 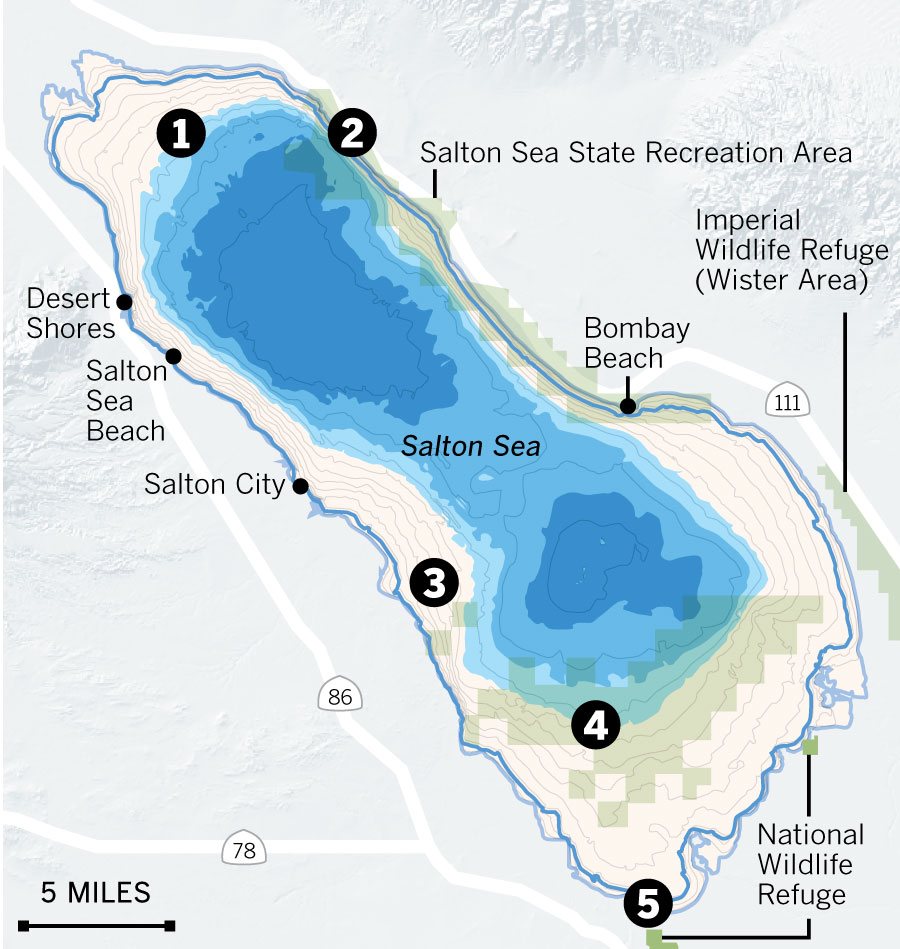 2. Salton Sea State Recreation Area
Could recede by a mile along the park, once a popular fishing destination. High salinity would kill off the fish population.

3. Western shore
Could recede about 4 miles.

4. Sonny Bono Salton Sea National Wildlife Refuge
Currently provides habitat for more than 400 bird species including many that are endangered and will be mostly dry.

5. Southern shore
Could recede by more than 6 miles.

Birth of the sea

On the site of an ancient seabed, the Salton Sea formed in 1905 when, after an unusually wet winter, the Colorado River breached a canal constructed to replace water from a blocked intake. 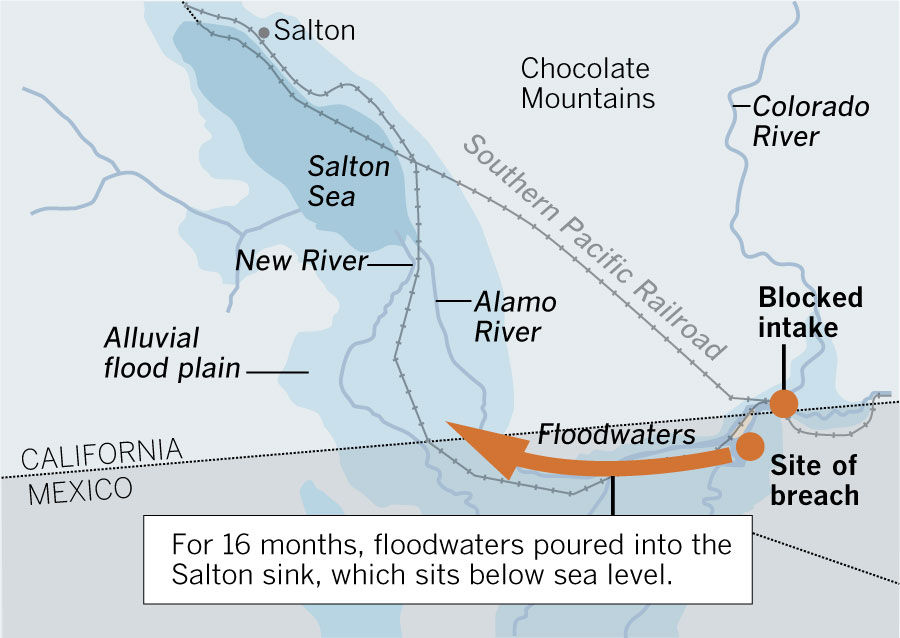