Police are investigating a string of crimes in Southern California as potential backlash to the San Bernardino terrorist shootings. In the latest incident, a fire at a Coachella Valley mosque, prosecutors are determining whether to file hate-crime charges against the suspect.

According to the FBI's latest annual report on hate crimes, the number of hate crimes in California has been falling since 2010. The report, which was released last month, shows 759 hate crime incidents in 2014, compared with 1,092 in 2010. 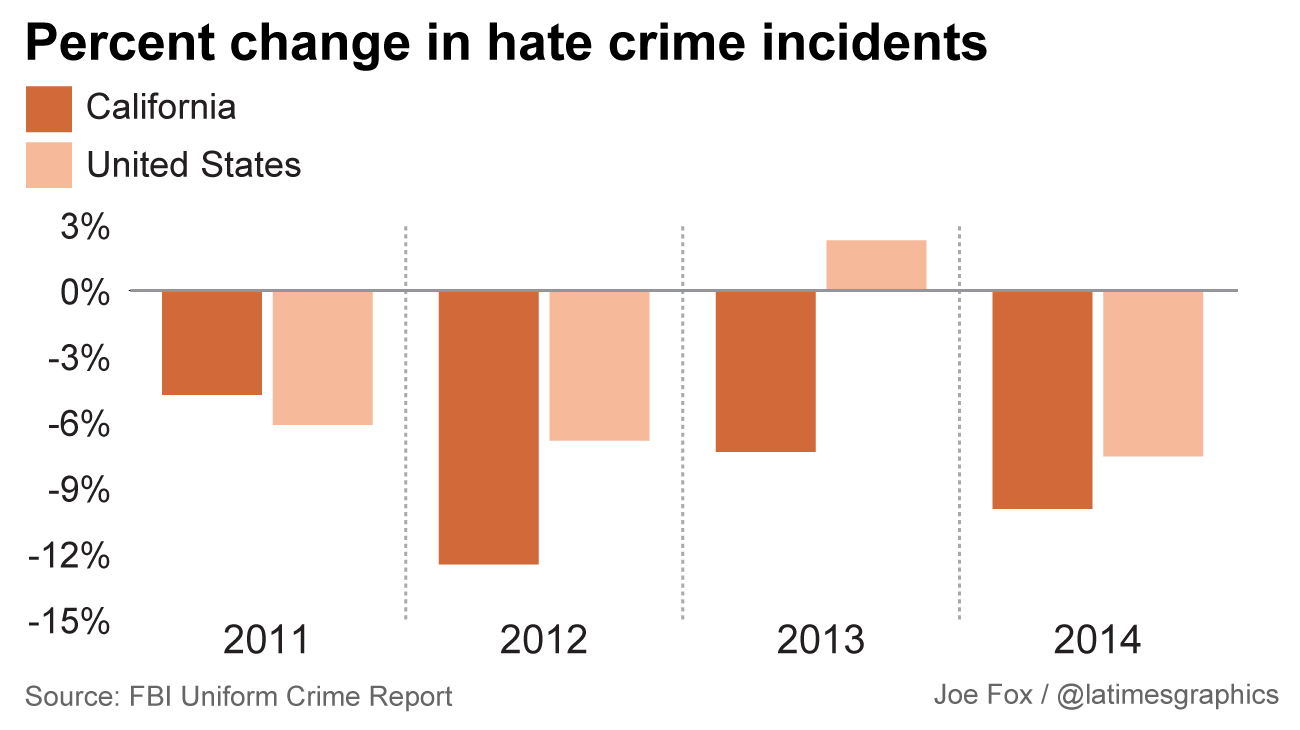 If the fire at the Islamic Society of the Coachella Valley mosque is classified as a hate crime, it will be a relative rarity in California. The most common hate crime in 2014 was vandalism or destruction of property (266 offenses). Only five California hate crimes in 2014 involved arson.

The FBI tracks "incidents" and "offenses" separately; one incident can involve multiple offenses. 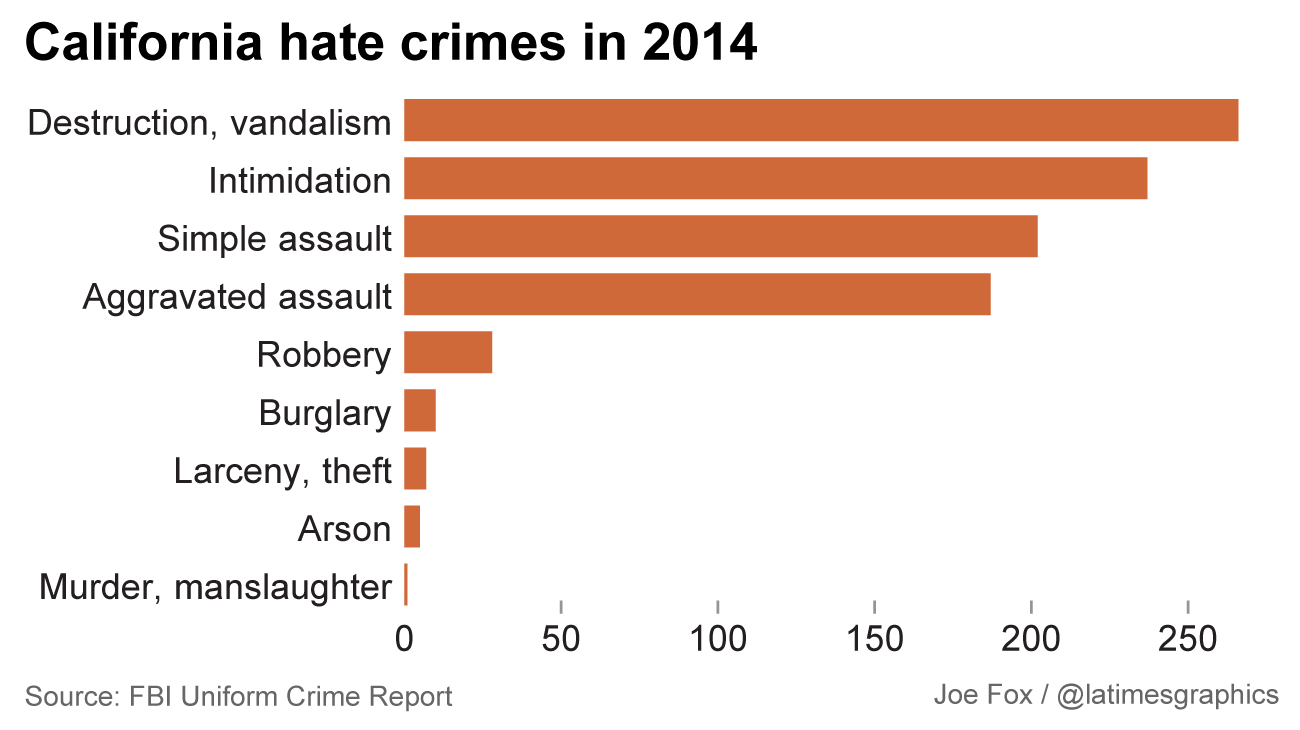 Forty percent of California hate crime incidents in 2014 were racially motivated, according to the FBI report. Seventeen percent were religiously motivated. 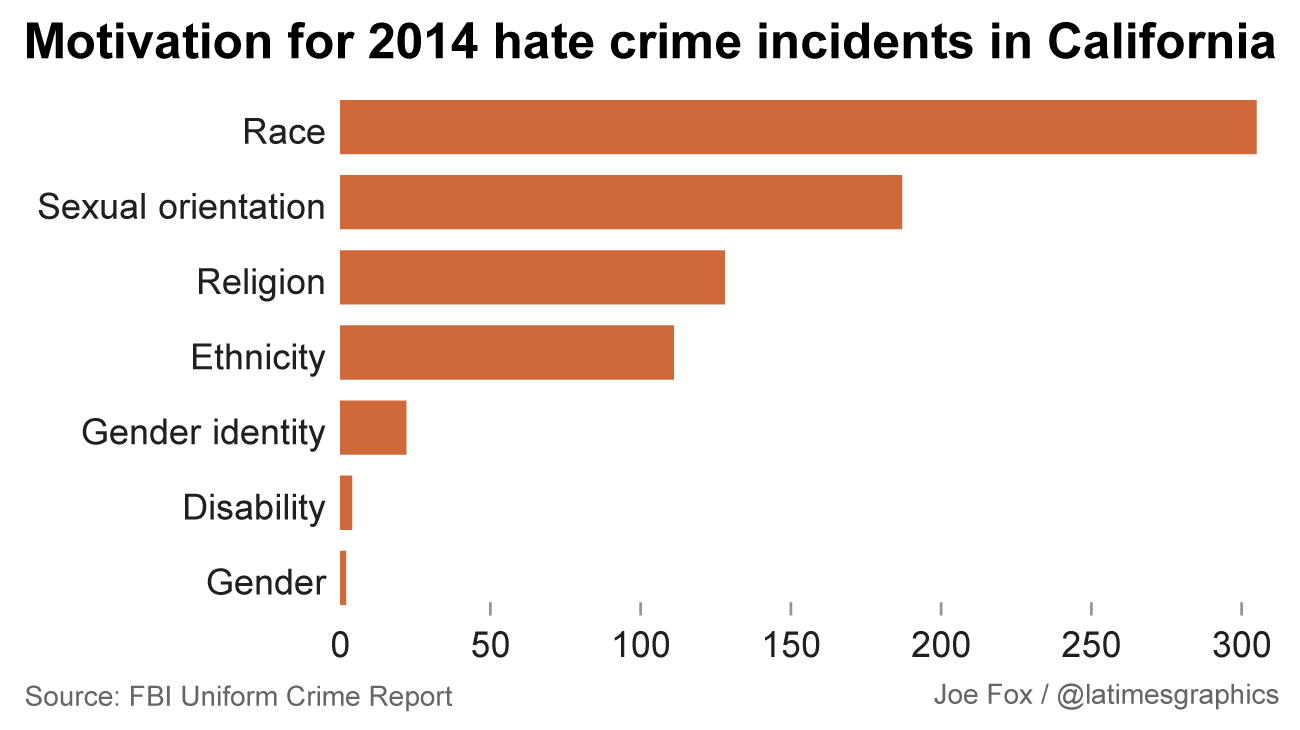