Amid one of the worst droughts in modern California history, Gov. Jerry Brown and Los Angeles Times Publisher Austin Beutner met at USC on Tuesday night to discuss water and the state’s future. Watch their conversation above and read key points and analysis below.

Cutting back at home

About those price disparities, though:

‘Not everything is subject to market’

Farmers in the Imperial Valley, east of San Diego, have access to lots of water at relatively cheap prices. To see why, click “read more,” below.

How much water goes into your meal?

An analogy: Those who drink faster get more

Who will manage groundwater

For more about the excessive pumping of groundwater wells, click “read more,” below.

Concerns about wildlife in the delta

The plan to restore habitat as part of the new delta plan has been scaled down, though: 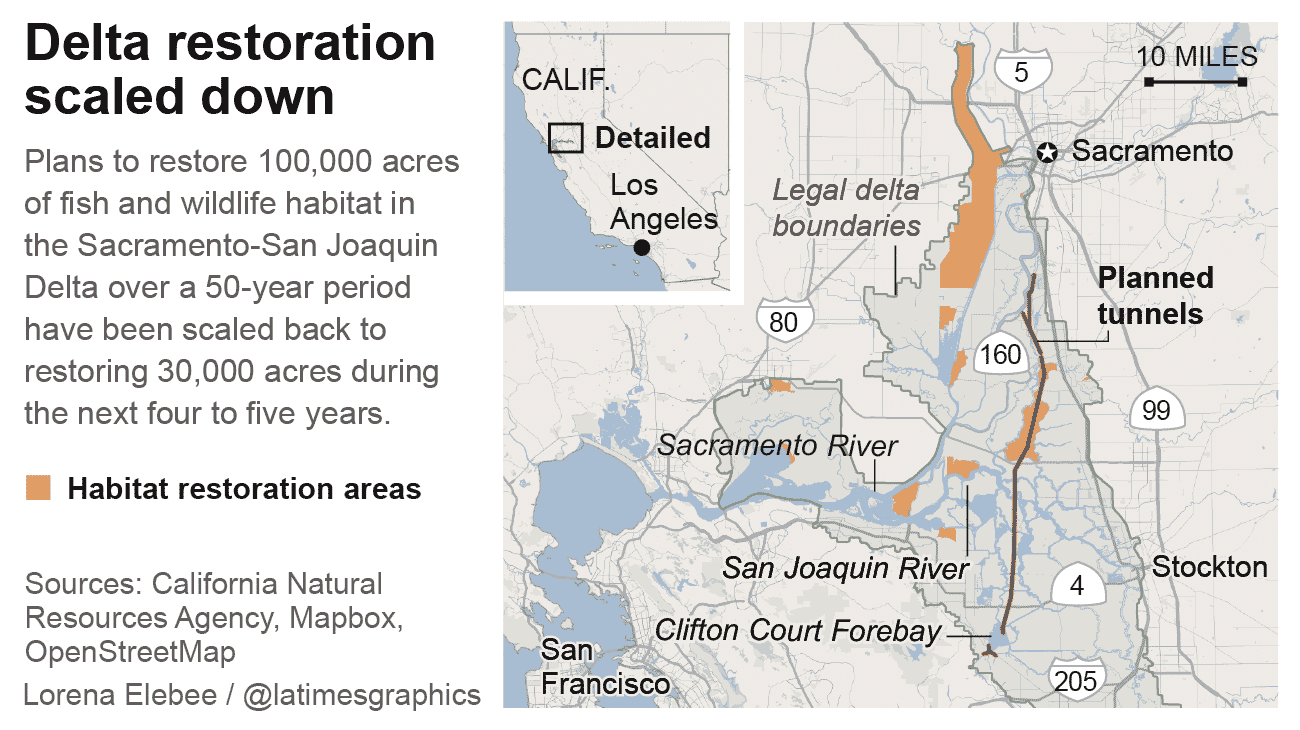 About the delta tunnel plan

For an interactive graphic of the proposed delta tunnels, click “read more,” below.

‘What if this is the new normal?’

For more on Brown’s talk at the Metropolitan Water District, click “read more,” below.

Brown says it’s hard to know how bad the long-term water shortage is because it’s affected by population growth and rising temperatures, among other factors.

But climate change, he says, is a “radical disurption of age-old historic patterns.”

For more on the connection between drought and climate change, click “read more,” below.

Over the last 120 years, California has captured huge amounts of water from rivers and snowpack, and there are no new sources, Brown said. “There is no silver bullet.”

Where to watch the conversation

The California Conversation’s broadcast media partner KCET will feature the discussion in an episode of “SoCal Connected” airing locally Wednesday, June 10 at 8 p.m. on KCET and nationally Thursday, June 11 at 8 p.m. ET/PT on Link TV.