One in four GPS devices on criminals in L.A. County were faulty

One in four GPS devices on criminals were faulty 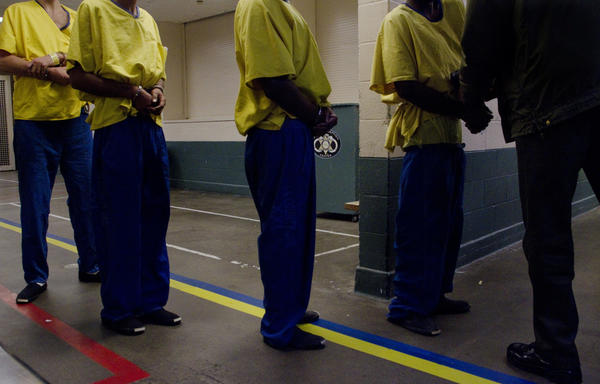 Los Angeles County Sheriff Lee Baca has proposed moving 3,000 inmates out of crowded jails, requiring them to use GPS trackers and sending them into the community. However, an audit has found issues with the reliability of the devices. (Gina Ferazzi / Los Angeles Times) More photos

One in every four GPS devices used to track serious criminals released in Los Angeles County has proved to be faulty, according to a probation department audit — allowing violent felons to roam undetected for days or, in some cases, weeks.

The problems included batteries that wouldn't hold a charge and defective electronics that generated excessive false alarms. One felon, county officials said, had to have his GPS monitor replaced 11 times over a year; for five days during the 45-day audit period, his whereabouts were unknown.

"If you have faulty technology, that is a recipe for disaster," said Reaver Bingham, deputy chief of the probation department.

The findings come as nearly every California county is moving forward with some form of electronic monitoring to contend with tens of thousands of state inmates being released to their supervision, an offshoot of the effort to reduce prison overcrowding.

In Kern County, officials have instituted a "virtual jail." San Bernardino County is using GPS to track its homeless felons. And Los Angeles County Sheriff Lee Baca has floated a proposal to move 3,000 inmates out of crowded jails and into the community wearing GPS trackers.

If you have faulty technology, that is a recipe for disaster.”

Mandated for use on high-risk sex offenders by the 2006 passage of "Jessica's Law," GPS tracking has been promoted by both lawmakers and state law enforcement officials as a safe and cost-effective alternative to prison or jail. However, a Los Angeles Times investigation earlier this year showed that California corrections officials were aware of massive problems in their program. Citing an "imminent danger" to the public, the state in 2011 quietly replaced the GPS monitors on half of the paroled sex offenders.

Typically strapped onto a subject's ankle, the devices were supposed to collect a location point every minute and send that data to a central computer every 10 minutes. 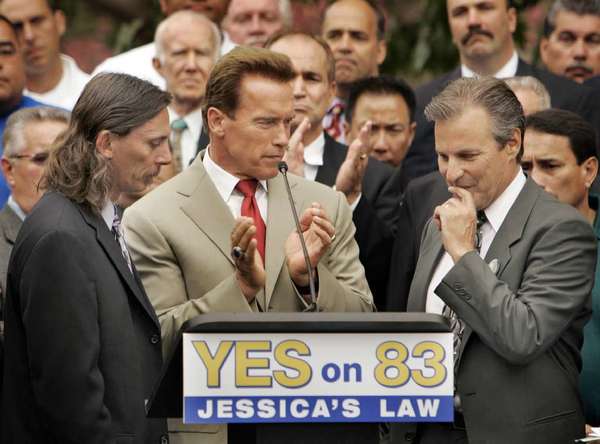 GPS monitors also are designed to alert authorities if wearers tamper with them, try to flee or stray too close to a school or other forbidden area.

By law, Los Angeles County must conduct monthly reviews and yearly evaluations of its program contractor. But, officials said, they did not review Sentinel Offender Services' work until problems surfaced elsewhere.

In June, Orange County discovered multiple failures in Sentinel's GPS and home detention systems, prompting the county to cancel its contract. That triggered a Los Angeles County audit, the results of which were obtained by The Times through a public records request.

From Aug. 1 through Sept. 11, Los Angeles County had 23 high-risk sex offenders on GPS monitors, along with 196 felons who had finished their prison terms and been released into the county's care. 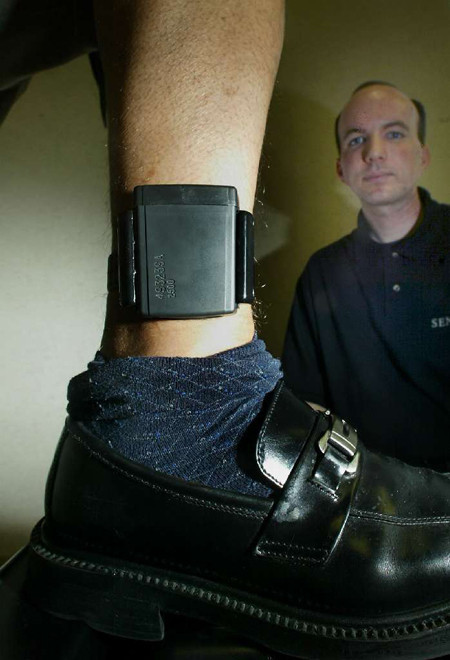 An electronic ankle style monitoring transmitter is demonstrated by a Sentinel Offender Services employee. In the background is Steve Hagstrom of Sentinel, who attached the device. (Los Angeles Times) More photos

Probation department officials say they do not know how long Sentinel's devices had been failing, or how many probationers went untracked.

The firm, which provides monitoring for the county under four different contracts — including a newly awarded $7-million arrangement with the Sheriff's Department to track up to 1,000 offenders — declined several requests for comment.

The audit showed that one probationer wore a tracker that Sentinel knew to be faulty for 45 days. Another told investigators that his GPS device had to be replaced four times in the month after he was released from prison. And a Sentinel employee, whose name was redacted from the report, told an auditor that a third felon's monitor apparently had not worked since the day it was strapped on.

In several cases, probationers were released without a GPS device because the company had run out of working equipment, documents show. In three other instances, Sentinel on its own decided to stop tracking the locations of some offenders — and did not resume monitoring one felon until contacted repeatedly by his probation officer.

Under its contract, Sentinel is required to document each time a device worn by an offender experiences a false alarm or fails to work, as well as record all other interactions with probationers. County investigators checking the system found those records for only three of 139 offenders before July, and no notes on 87 offenders after that date. Those missing files might have alerted county officials earlier to the problems within its GPS program.

Probationers were released without a GPS device because the company ran out of working equipment.
Share this quote

In a detailed written response to the audit, sent to the county Nov. 27, Sentinel contended that the majority of the problems were caused by untrained probation officers and felons who had failed to follow directions.

The county employees mistook dead batteries for malfunctioning equipment, the company said; problems also developed when homeless probationers followed "inconsistent" patterns in recharging their trackers, thus shortening the battery life. A probation official noted that a large proportion of those the county tracks by GPS are transients and have uncertain access to electrical outlets.

Sentinel's chief business development officer, Mark Contestabile, also complained that his firm had "sought direction" from L.A. County on fixing the problems, but had not gotten a response for four months. Even so, he said, the company in late October began holding training sessions for county probation officers, and started replacing all of the GPS devices with newer models.

That job, he said, should be completed by the end of the year.

The company also has suggested that Los Angeles County could extend the battery life on its GPS devices by collecting location data less frequently — a proposal the probation department has rejected. 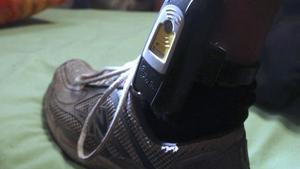 The more reliable the devices are believed to be, the less likely a parolee may be to attempt to defeat the system.”

It's a huge problem. If the public knew, they'd be shocked.”

When sex offenders know that there are little or no repercussions for cutting off their GPS monitoring devices, it’s time to strengthen the deterrent.”