Gov. Jerry Brown’s popularity has slipped in recent months, but a majority of California voters still approves of his job performance, according to a new USC Dornsife/Los Angeles Times poll.

The survey found 53% of voters gave the Democratic governor a favorable job rating, down from 64% in February, shortly after the start of his final term. Thirty-four percent rated him negatively, up from 27% in February. 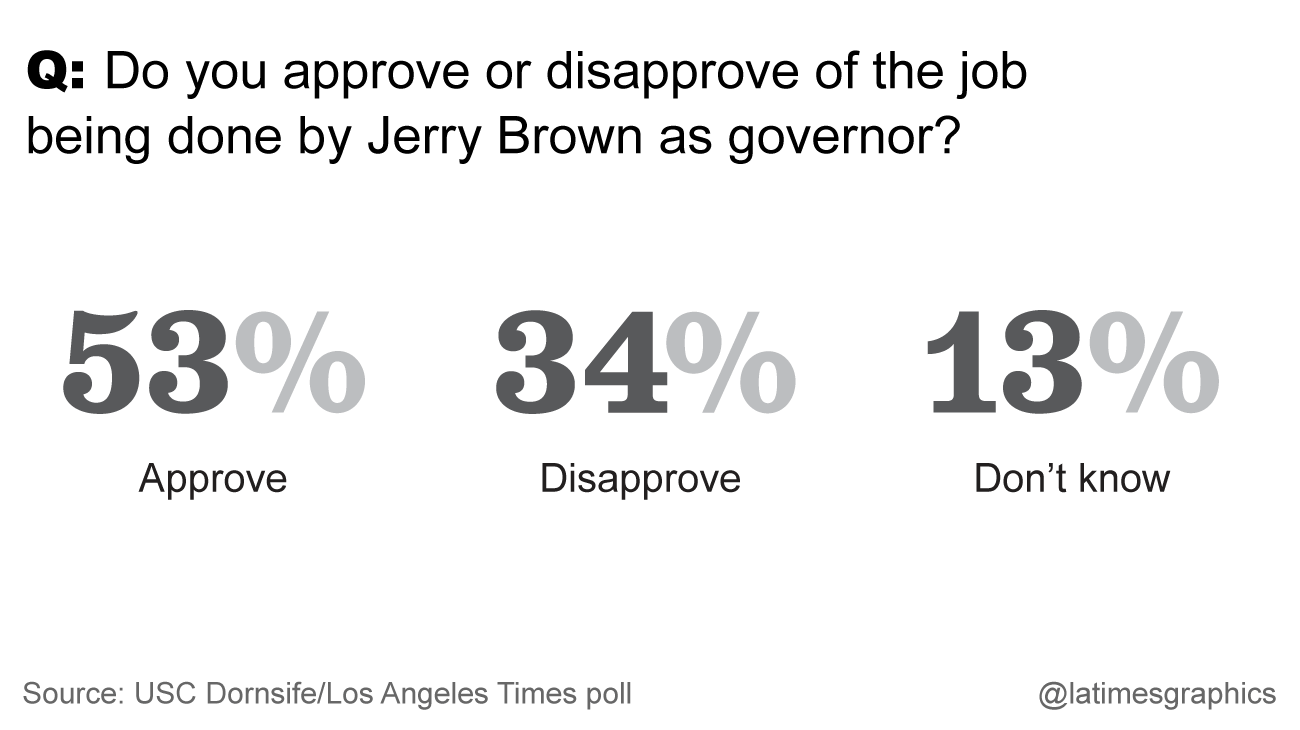 The survey found Californians in a relatively sour mood: Only 38% said the state is moving in the right direction; 49% said things are pretty seriously off track. 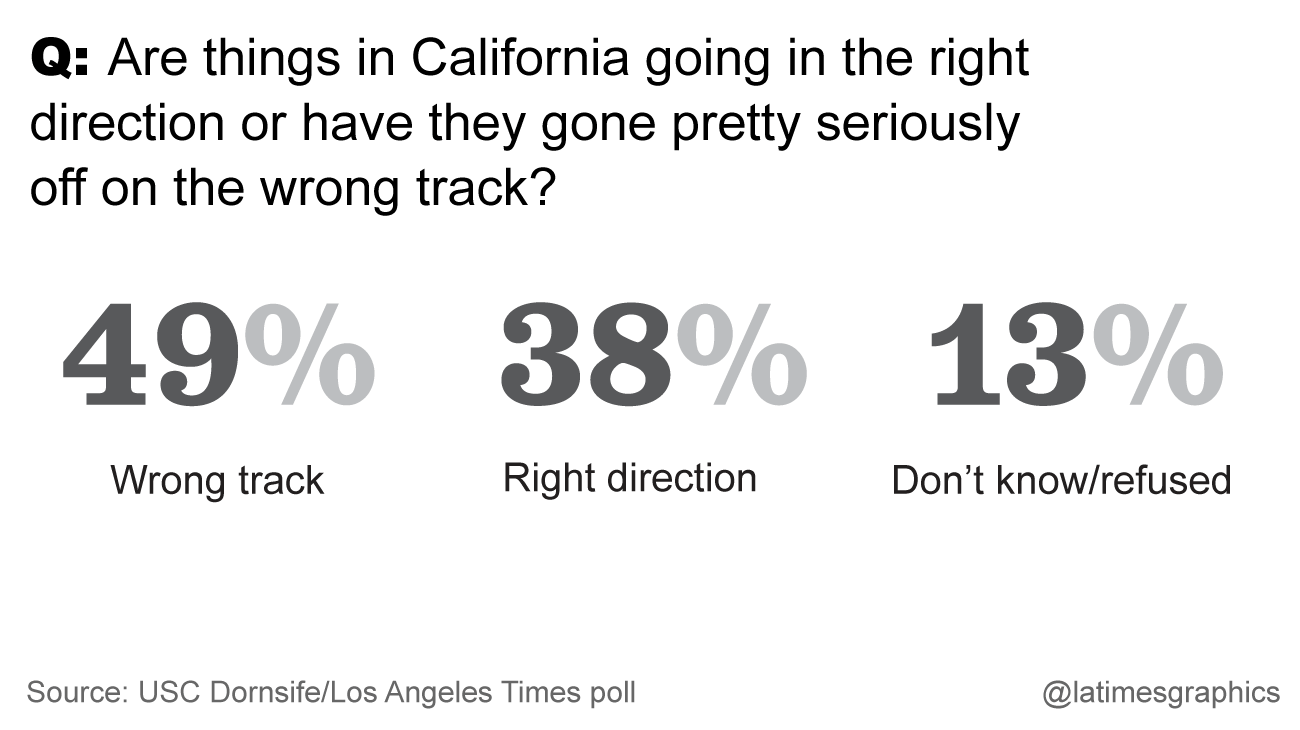 That’s better than during the economically troubled period when Brown was elected governor in 2010. At that point, more than 3 in 4 voters thought California was on the wrong track.

The USC Dornsife College of Letters, Arts and Sciences/Los Angeles Times poll of 1,500 registered voters was taken by telephone from Aug. 29 to Sept. 8. The bipartisan survey was conducted by Greenberg Quinlan Rosner Research, a Democratic company, and American Viewpoint, a Republican firm. The margin of error is plus or minus 2.8 percentage points.