Measles, a disease declared eliminated in the United States 15 years ago, is posing a renewed health threat with increasing outbreaks in the last two years. The latest, traced to Disneyland, has spread far beyond that Orange County theme park.

On Thursday, Arizona joined the list of states reporting measles cases linked to the outbreak. A woman in her 50s who visited Disneyland in December subsequently tested positive for the disease, the Maricopa County Department of Public Health said in a statement. She has recovered, and the department is contacting county residents she may have exposed to the virus.

Measles outbreak Q&A: What you need to know

For some added perspective, below are some highlights from the history of measles in the U.S., according to the Centers for Disease Control and Prevention. In earlier centuries, the illness killed thousands of people each year.

1861: Measles sickens troops on both sides in the Civil War: 551 deaths in Union Army alone in first year of war. 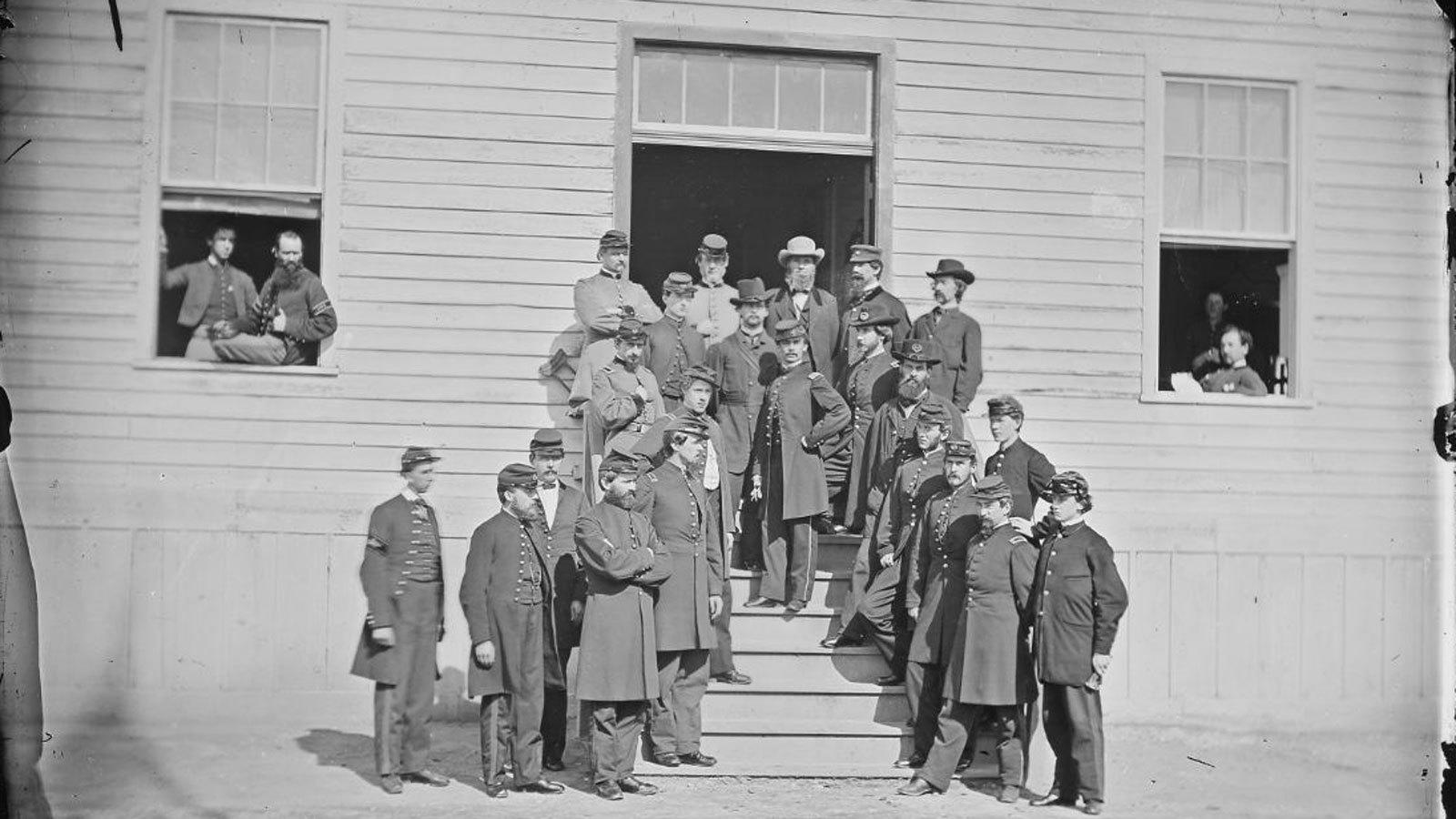 Pictured: Surgeons and stewards at Washington’s Harewood Hospital, circa 1860-65.

1912: U.S. healthcare providers and labs were required to report all diagnosed cases of measles.

1922: In the first decade of reporting, there were on average 6,000 measles-related deaths each year.

1954: To try to make a vaccine, blood samples were collected from ill children during a Boston outbreak. The measles were successfully isolated in a sample from a 13-year-old boy. 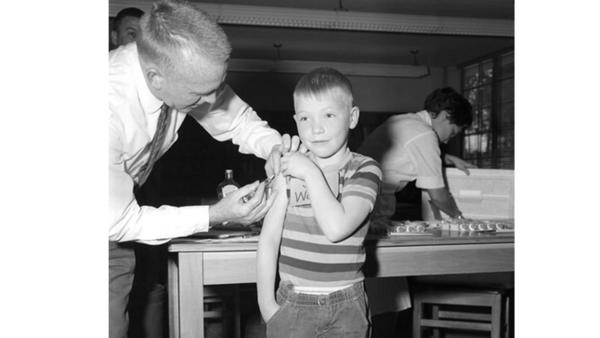 Pictured: A boy in Atlanta receives a measles vaccination in the early ‘60s. (CDC)

1968: An improved vaccine was distributed.

1978: The Centers for Disease Control and Prevention set a goal to eliminate measles in the U.S. by 1982. The goal was not met.

1989: Major measles outbreaks among vaccinated children spurred a recommended second dose of the vaccine for children. One hundred twenty people died nationwide, 75 of those were in California.

2000: Measles was declared eliminated from the U.S. 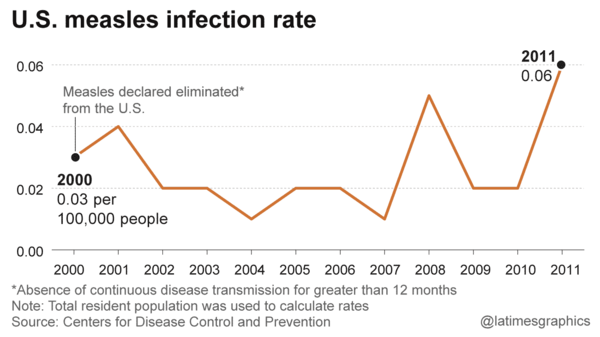 2015: In January, measles cases spread across the nation from an outbreak that began at Disneyland in December 2014. In California as of Jan. 21, there were 59 cases, just two fewer than there were in the state in all of 2014. The rise in measles cases was partially blamed on more parents opting out of vaccinating their children. 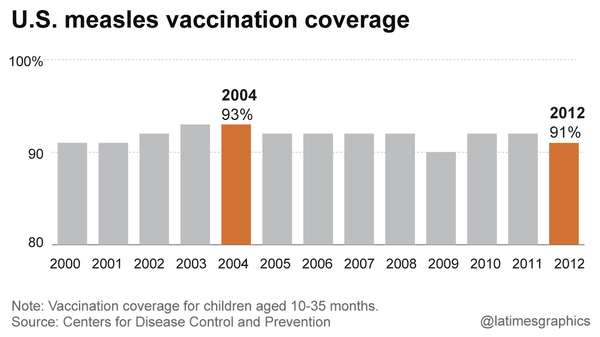