Photos from inside jail show how inmates made dramatic escape

So how did those three inmates escape from the Orange County Central Men’s Jail?

According to authorities, they were able to get past security points in at least three areas, getting away by cutting through half-inch steel bars, making their way through plumbing tunnels and then rappelling from the roof to the ground using a makeshift rope made of bed sheets.

How they got the tools for the breakout and how they went undetected is still unknown.

Sheriff’s Department officials on Sunday offered details about the escape and the manhunt -- and also shared some photos about how it all happened. Jonathan Tieu, 20, Bac Duong, 43, and Hossein Nayeri, 37, were discovered missing from the jail on Friday. Tieu is charged with murder, Duong with attempted murder and Nayeri with kidnapping and torture.

Here are some images shared by the Orange County Sheriff’s Department:

Scene of the crime 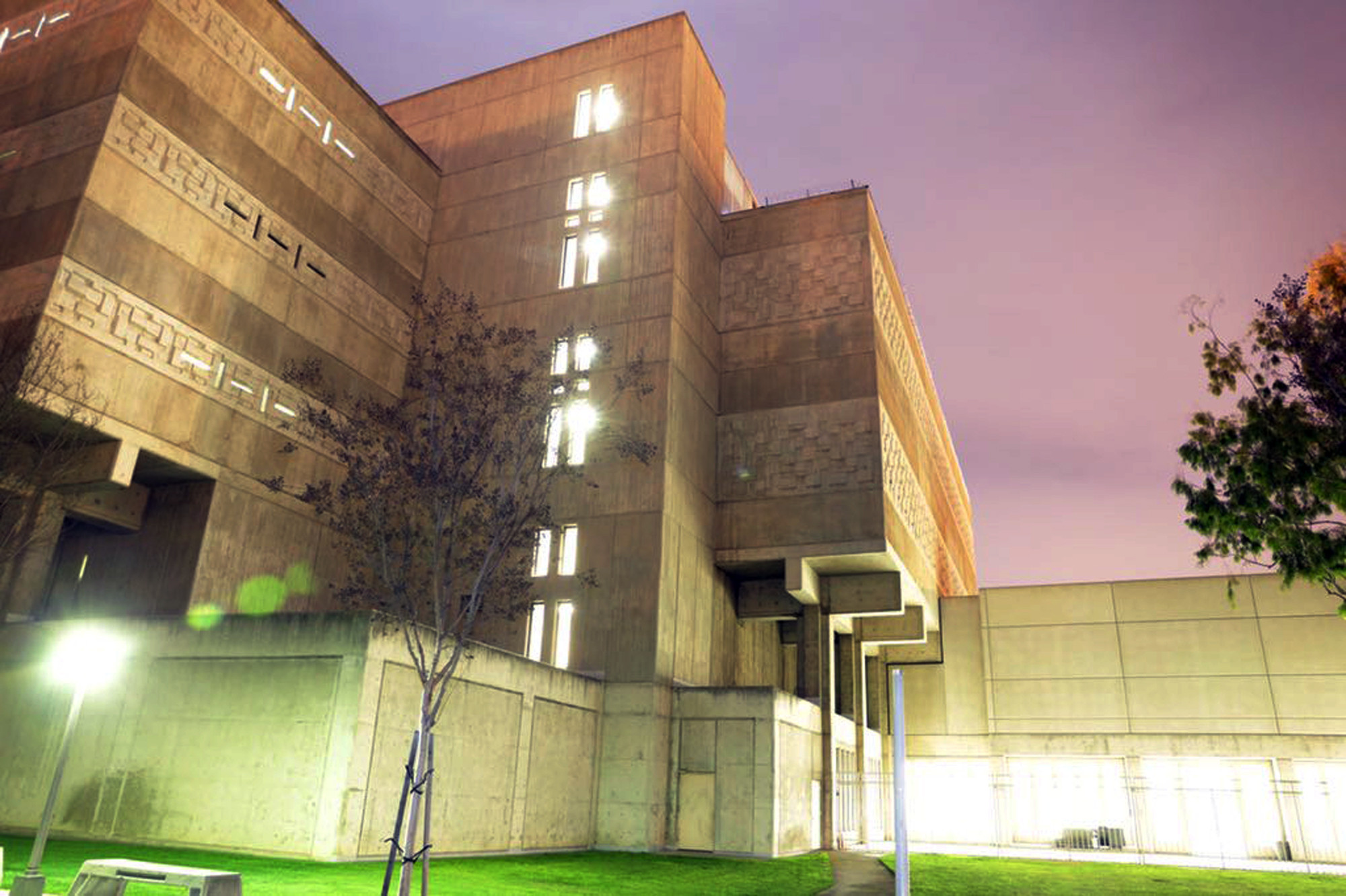 The exterior of Central Men’s Jail in Santa Ana. It was built in 1968 and currently houses 900+ male inmates. (Orange County Sheriff’s Office)

Where the escape began 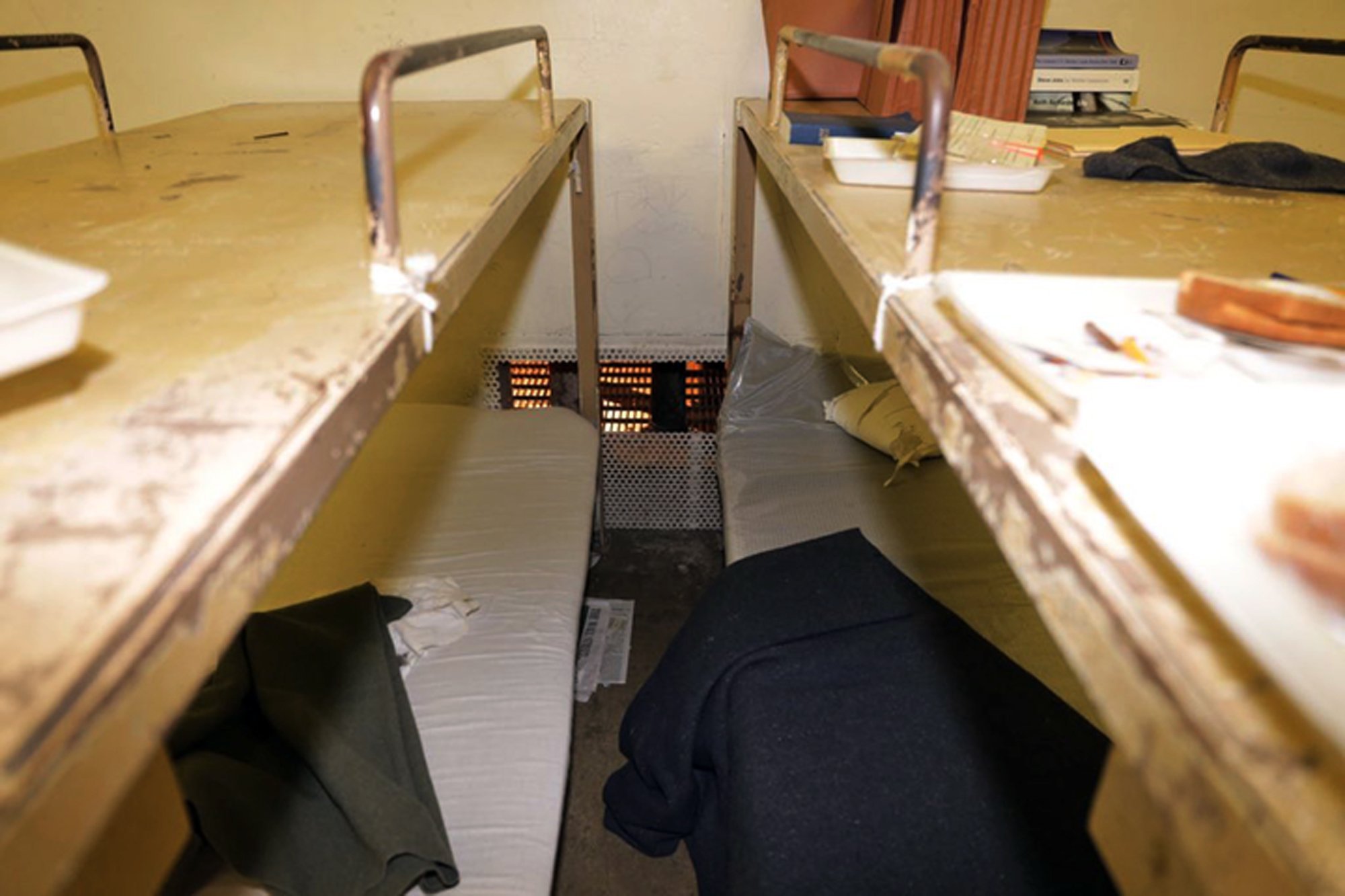 This photo shows a cell and a vent screen that had been cut, near the floor at center rear, at the jail where the inmates were housed. (Orange County Sheriff’s Office) 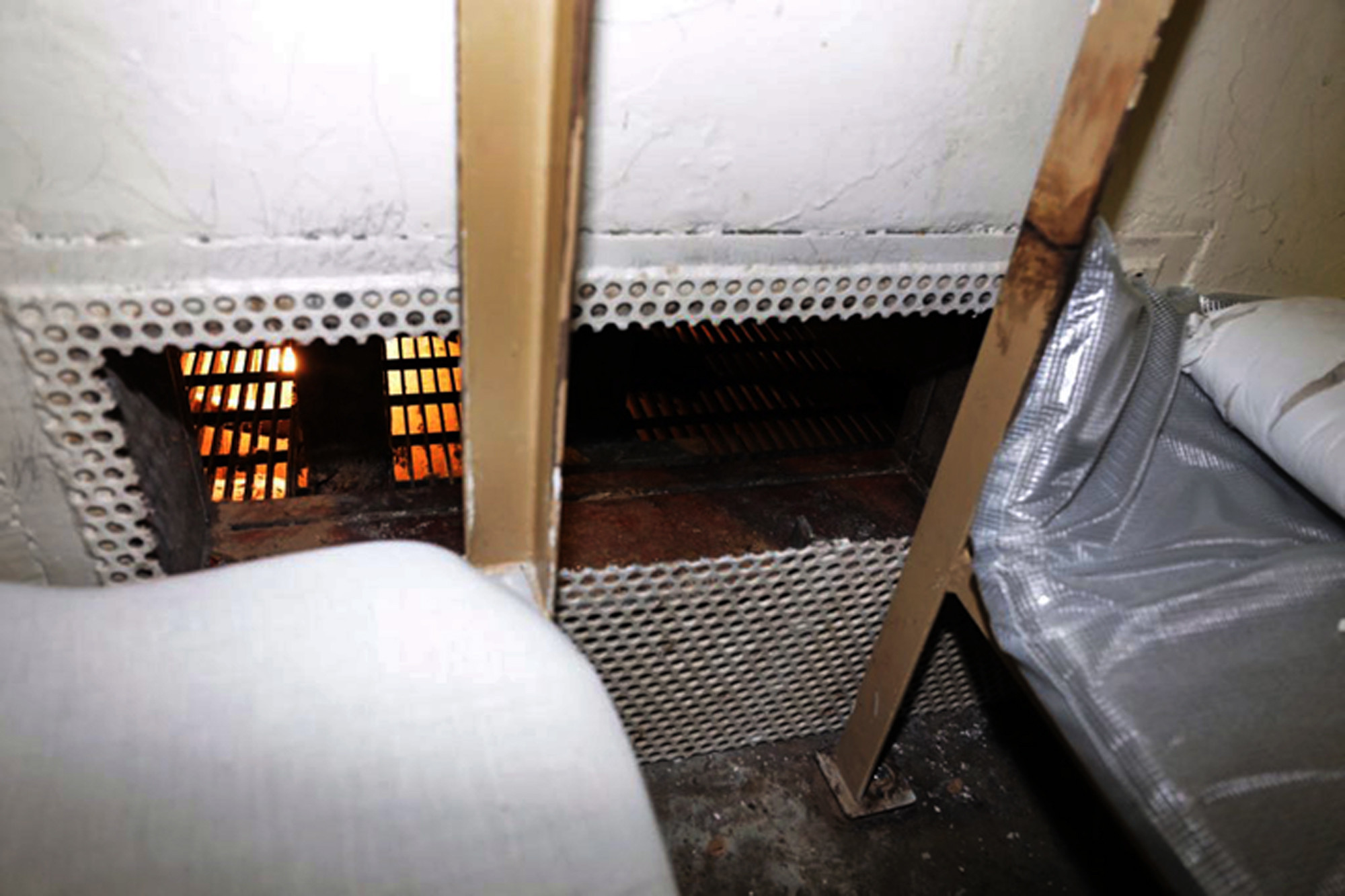 A closeup view of the vent screen that had been cut and removed inside a cell at Central Men’s Jail in Santa Ana.(Orange County Sheriff’s Office) 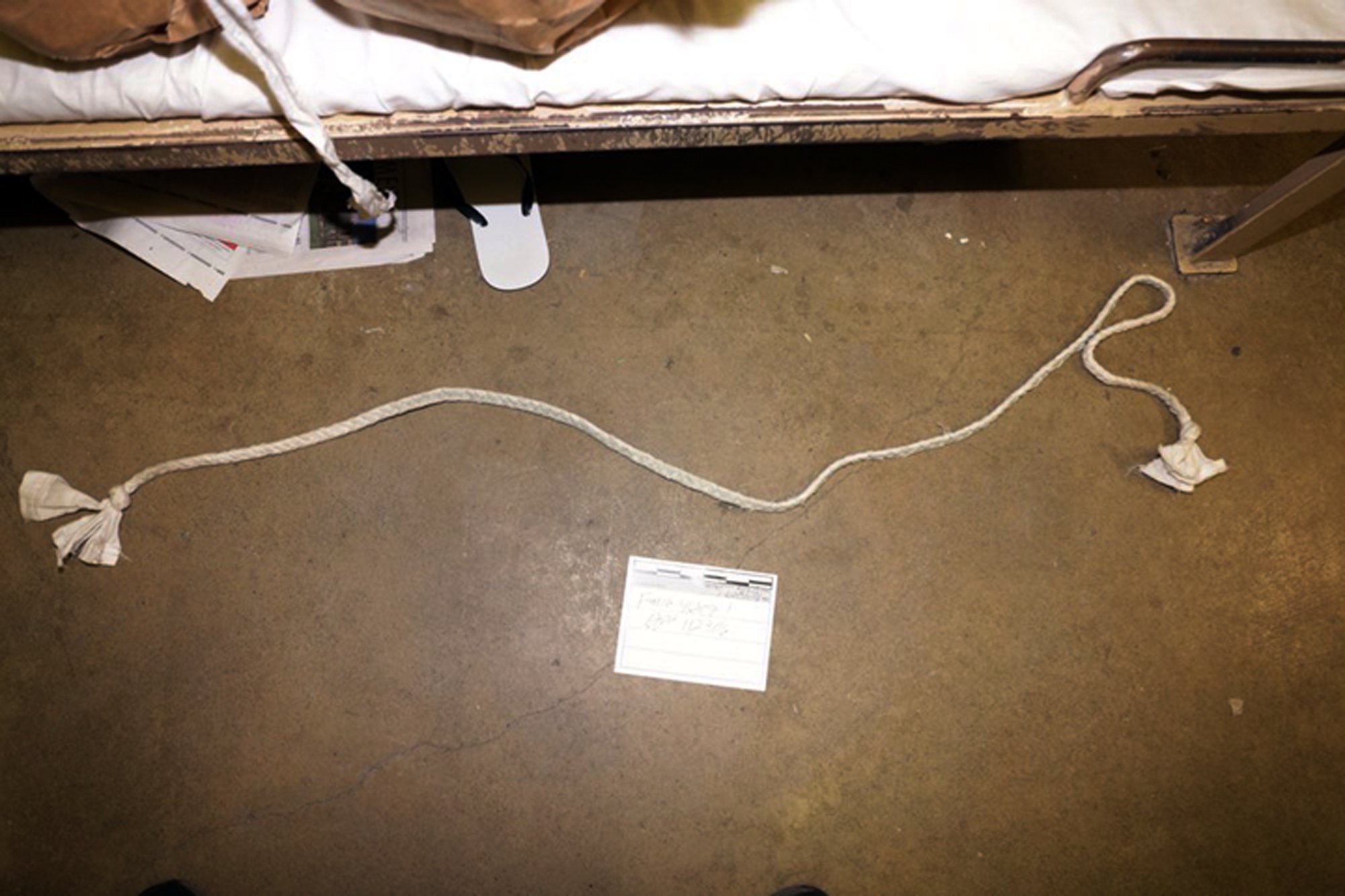 A cord made of an undetermined fabric that facilitated the escape of the three inmates.(Orange County Sheriff’s Office)

Rappelled to the ground 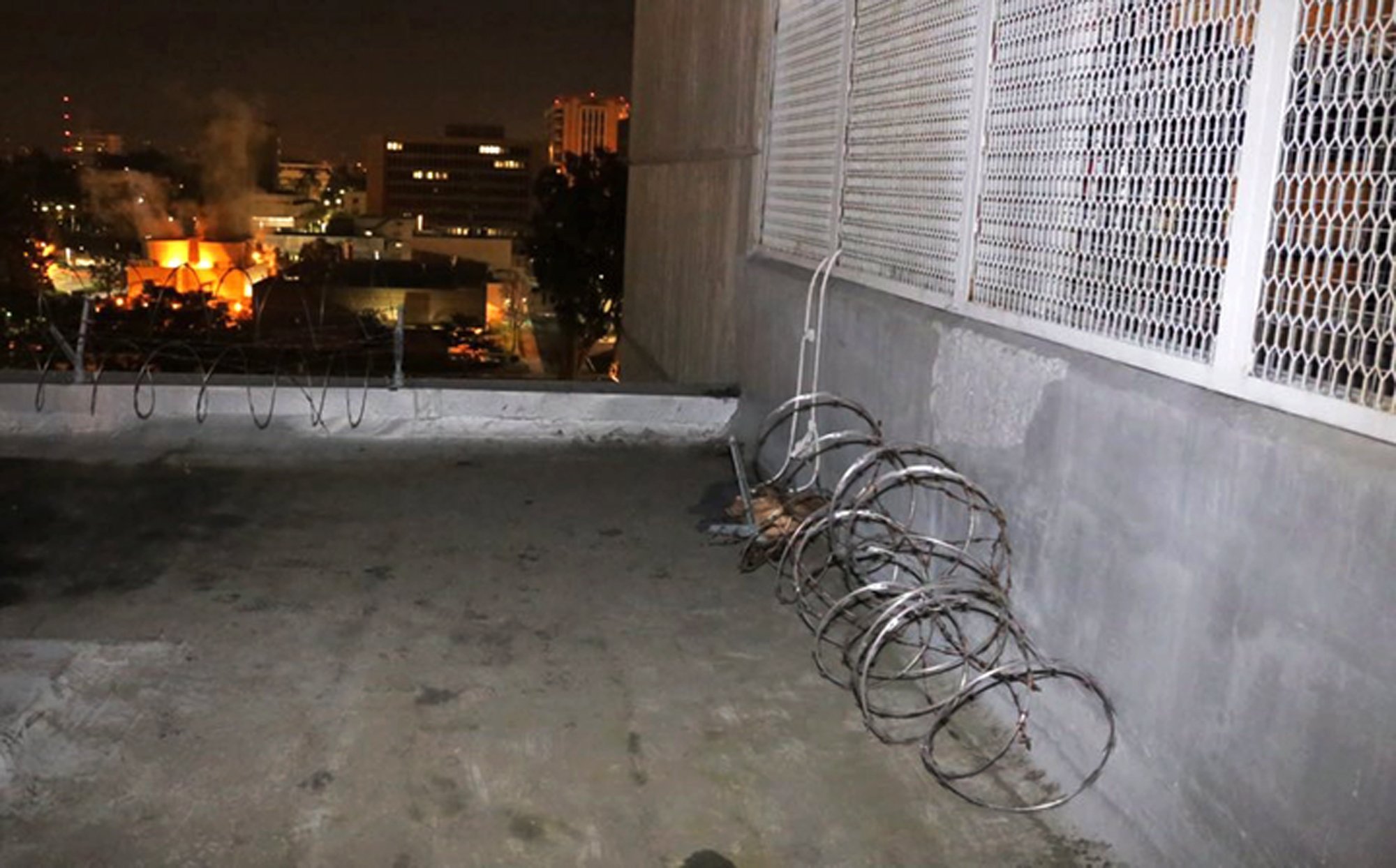 Razor wire was removed from a parapet, center rear, and a rope-like line, seen at right, that authorities believe three inmates used to rappel to the ground during their escape. (Orange County Sheriff’s Office)

Shelby Grad contributed to this report.

Orange County manhunt: Violent jail escapees could be hiding nearby

Teresa Watanabe covers education for the Los Angeles Times. Since joining the Times in 1989, she has covered immigration, ethnic communities, religion, Pacific Rim business and served as Tokyo correspondent and bureau chief. She also covered Asia, national affairs and state government for the San Jose Mercury News and wrote editorials for the Los Angeles Herald Examiner. A Seattle native, she graduated from USC in journalism and in East Asian languages and culture.

Richard Winton is an investigative crime writer for the Los Angeles Times and part of the team that won the Pulitzer Prize for public service in 2011. Known as @lacrimes on Twitter, during almost 30 years at The Times he also has been part of the breaking news staff that won Pulitzers in 1998, 2004 and 2016.

Tony Barboza is an editorial writer focusing on climate change and environmental justice. Before joining the editorial board in November 2021, he worked for 15 years as a news reporter for the Times’ California section, covering air quality, climate change, environmental health and other topics. Barboza was born and raised in Colorado and is a graduate of Pomona College.