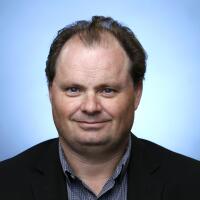 Richard Winton is an investigative crime writer for the Los Angeles Times and part of the team that won the Pulitzer Prize for public service in 2011. Known as @lacrimes on Twitter, during 25 years at The Times he also has been part of the breaking news staff that won Pulitzers in 1998, 2004 and 2016. He won the ASNE Deadline News award in 2006. A native of England, after getting degrees from the University of Kent at Canterbury and the University of Wisconsin-Madison, he began covering politics but chose to focus on crime because it was less dirty.