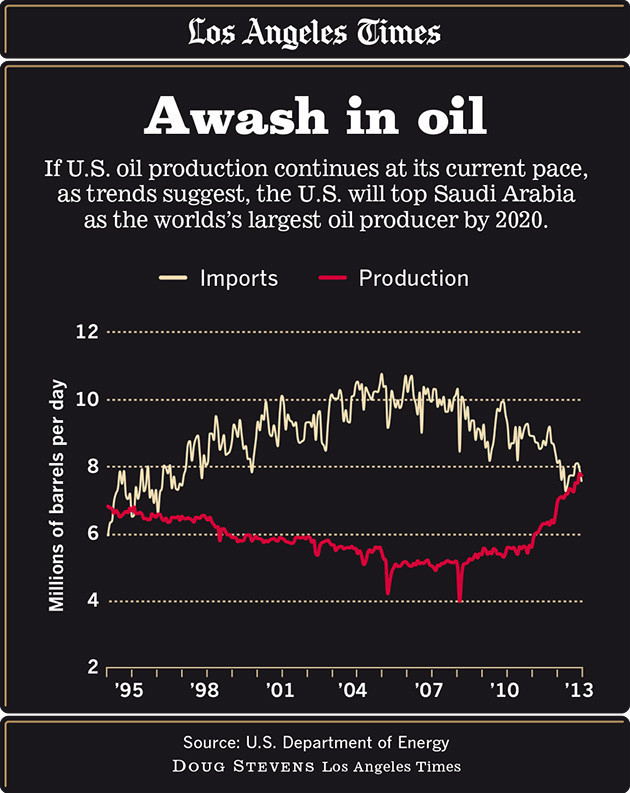 For the first time since 1995, U.S. oil production surpassed oil imports, according to the U.S. Energy Information Administration. Predictions are that the trend will continue, eliminating the 'oil deficit' between what we drill ourselves and what we take in, and making the U.S. the number one oil producer in the world by 2020.

The International Energy Agency predicted last week that the U.S. will continue moving "steadily toward meeting all of its energy needs from domestic resources by 2035." The drop in imported oil was attributed to the recession and higher fuel costs leading to lower consumption, and to automobiles getting better gas mileage.

Recently discovered reserves, new extraction technologies and existing infrastructure assure that oil will remain a cheap, essential source of energy for transportation for decades to come despite concerns about the environmental impact of burning fossil fuels. Indeed, unless China and India start limiting the amounts of pollution they pump into the atmosphere, any measures taken by the U.S. to curb greenhouse emissions will be negated.