Throwback Thursday: For Halloween, a ghost story from 1925

Happy Halloween! We’re marking today with a positively creepy Throwback Thursday. In 1925, Dr. Thomas Young, a Los Angeles dentist, was on trial in the slaying of his wife, whom he confessed to killing and burying in a cistern at their Beverly Glen cabin.

“About three hours before he was to face another tortuous day” in court, Young “slew himself with an improvised garrot [sic] fashioned from a radio wire,” The Times’ Aug. 28, 1925, story recounts.

But that’s not what makes this the story we decided to share on Halloween. It’s Young’s apparent motive for the suicide.

The story mentions several possibilities, but says “the most plausible reason” is the ghost of Young’s dead wife “haunting his prison cell.”

And his wife’s wasn’t the only ghost that visited him during his lifetime. The story goes on:

“Dr. Young recently told four alienists during an examination of his sanity that frequently within the past four years he had been visited by his brother’s ghost. Like himself, his brother had slain a woman and then had committed suicide. The ghostly vision drove him from one city to another, never permitting Dr. Young to elude it, and eventually drove the dentist to Los Angeles, where he established his business, married the wealthy widow of California’s ‘olive king’ and then murdered her for her fortune.

“‘I would see my brother’s vision just as I dropped off to sleep,’ he told the alienists. ‘It always appeared in a large hall. And I was always in the back of the hall and he was always up in the right corner. I could tell it was my brother by his form.’

“Always, when the vision appeared in the night, it would try to speak to Dr. Young, but he could never distinguish the words, Dr. Young told the alienists. The thing worried him, but did not frighten him, and he was never able to sleep.”

Read the whole story: Apparitions held cause for Young’s suicide 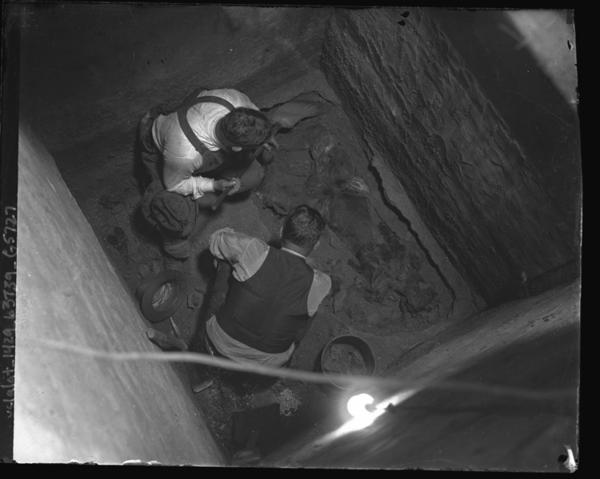