Four encounters with police, four deaths and $24 million in payouts

Over the last two years, U.S. cities have paid out millions of dollars in legal settlements with the families of men killed by police in some of the nation's most controversial cases. The goal is often to avoid costly litigation or potentially enormous damages handed out by juries at civil trials.

In the last four months, four cases have resulted in settlements totaling close to $24 million. In each case, the agreement of a settlement came without any determination of wrongdoing from a criminal jury. 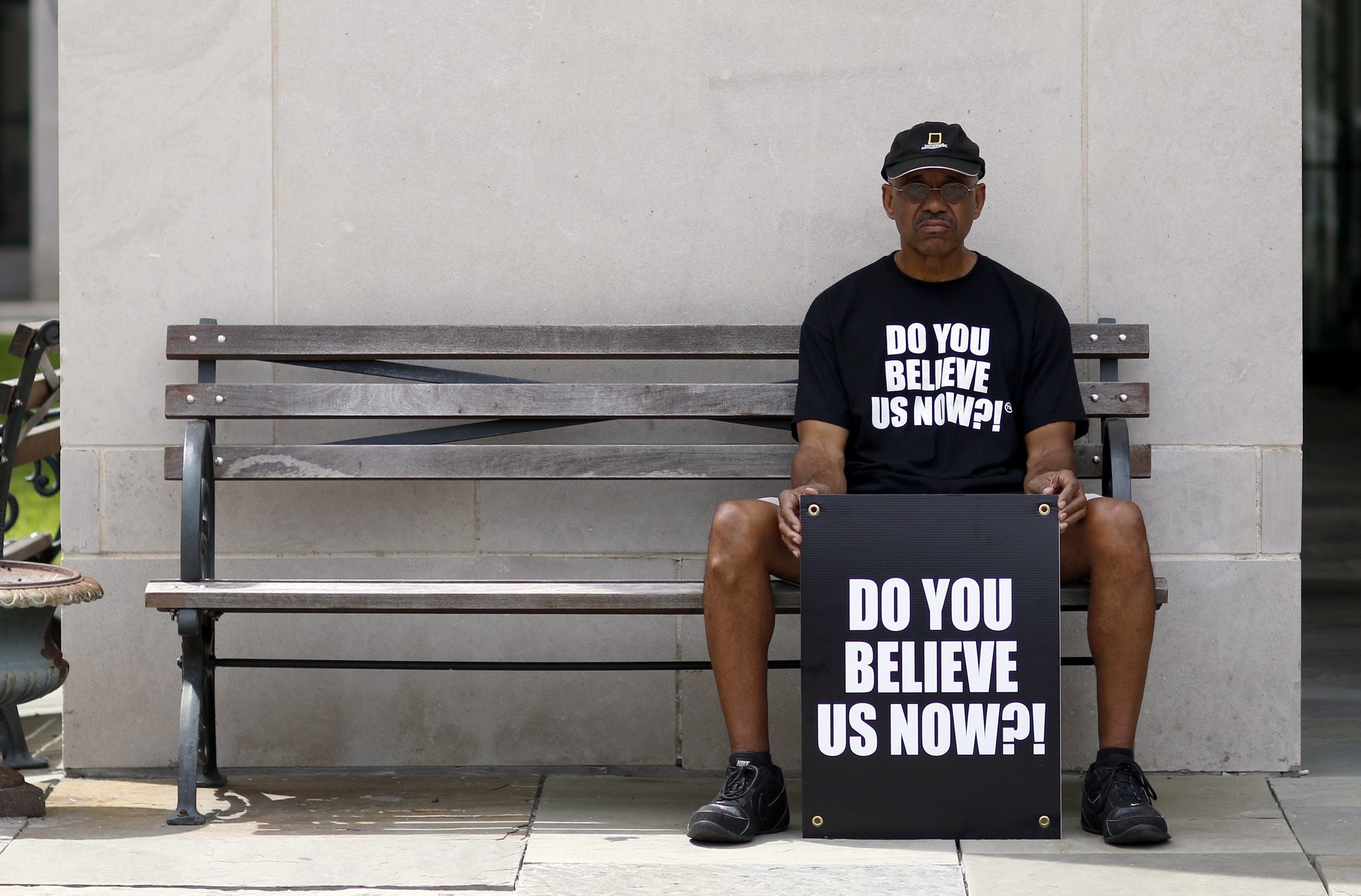 What happened: A bystander’s dramatic cellphone footage showed how Walter Scott, 50, was fatally shot on April 4 while running away from North Charleston Officer Michael Slager during a traffic stop gone awry. City Atty. Brady Hair called settlement, approved Thursday, the largest of its type in South Carolina, the Charleston Post and Courier reported.

What's next: Slager was fired, indicted on murder charges and ordered held without bail until his trial. 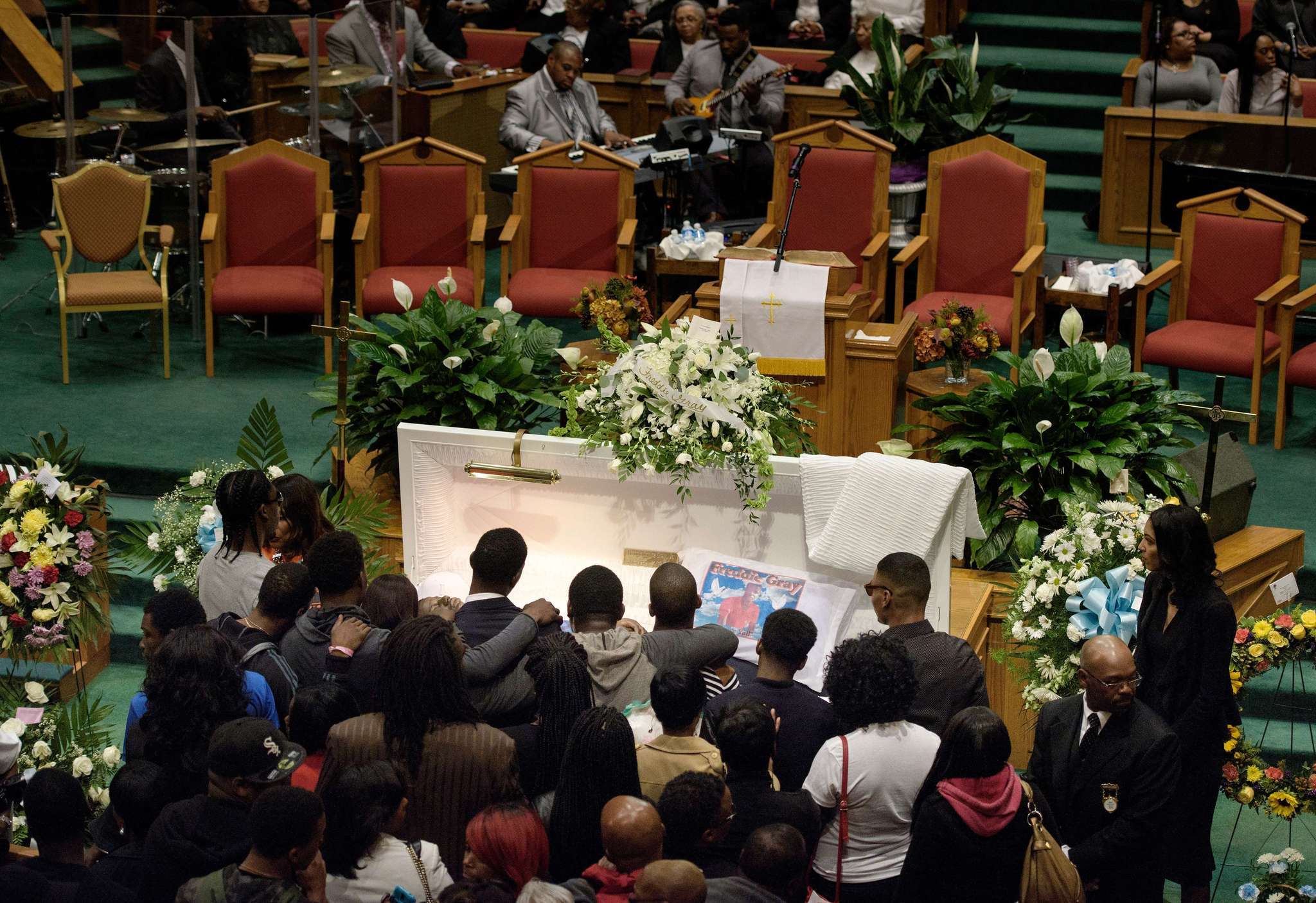 Mourners pay their respects at the casket of Freddie Gray before his funeral at New Shiloh Baptist Church on April 27 in Baltimore. (Brendan Smialowski / AFP/Getty Images)

What happened: On April 12, Baltimore police arrested 25-year-old Freddie Gray after a foot chase and placed him in a police van. At some point during his arrest and detention, Gray suffered an injury that nearly severed his spine, and he died a week later. His death ignited days of riots and protests.

What's next: Six police officers face criminal charges in connection with Gray's death and will be tried separately. The first trial is scheduled to begin Nov. 30. According to the Baltimore Sun, the Gray settlement in September – which does not admit police wrongdoing – exceeds the combined total of more than 120 other lawsuits since 2011 alleging brutality and misconduct by Baltimore police. 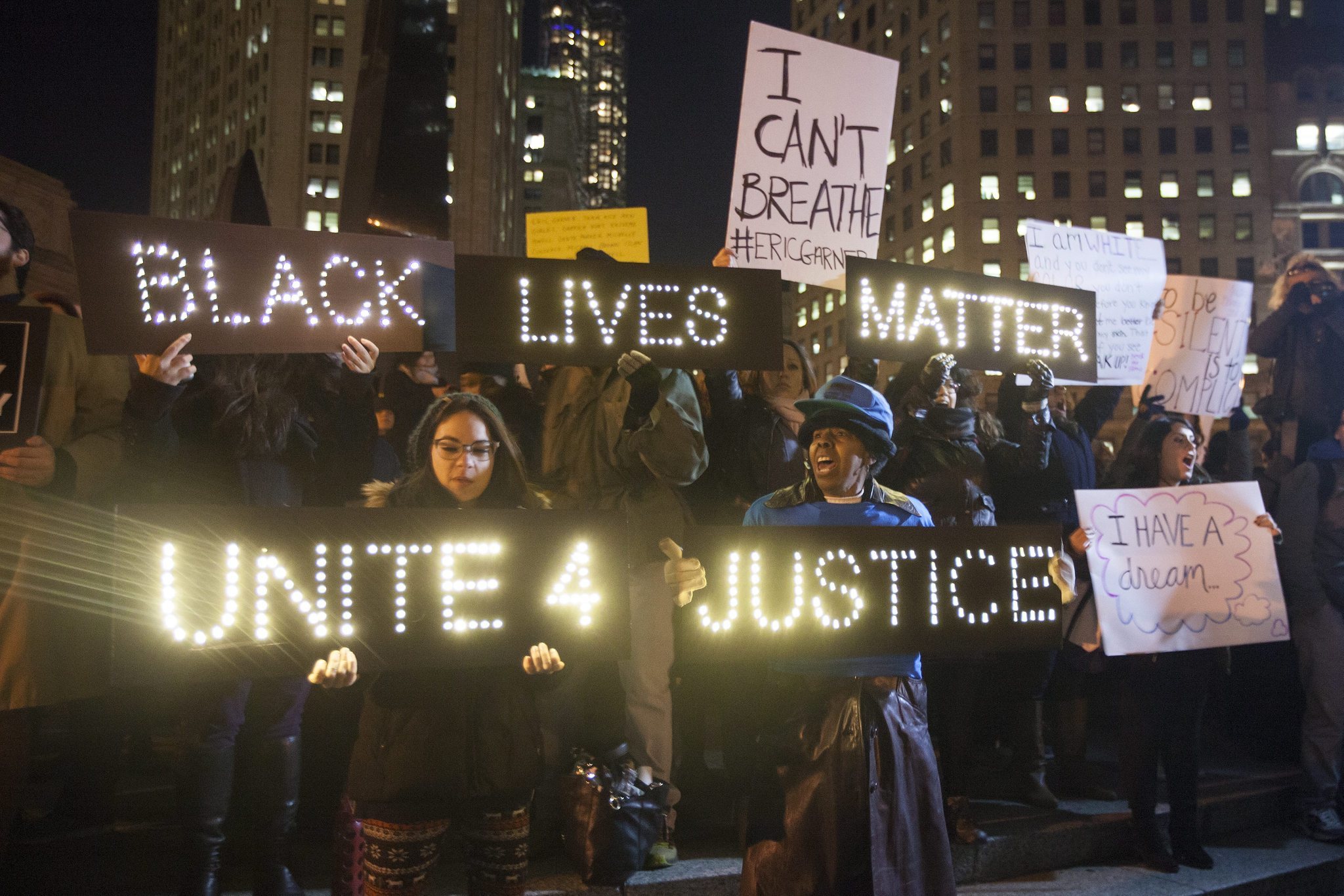 People chant during a protest against a grand jury's decision in December not to indict a police officer involved in the death of Eric Garner, in New York City. (Michael Nagle / European Pressphoto Agency)

What happened: Eric Garner, 43, died July 17, 2014, after a New York Police Department officer – arresting Garner on suspicion of selling untaxed cigarettes – wrestled him to the ground in an apparent chokehold. Garner’s death was recorded by a bystander who captured Garner’s last words: “I can’t breathe.” 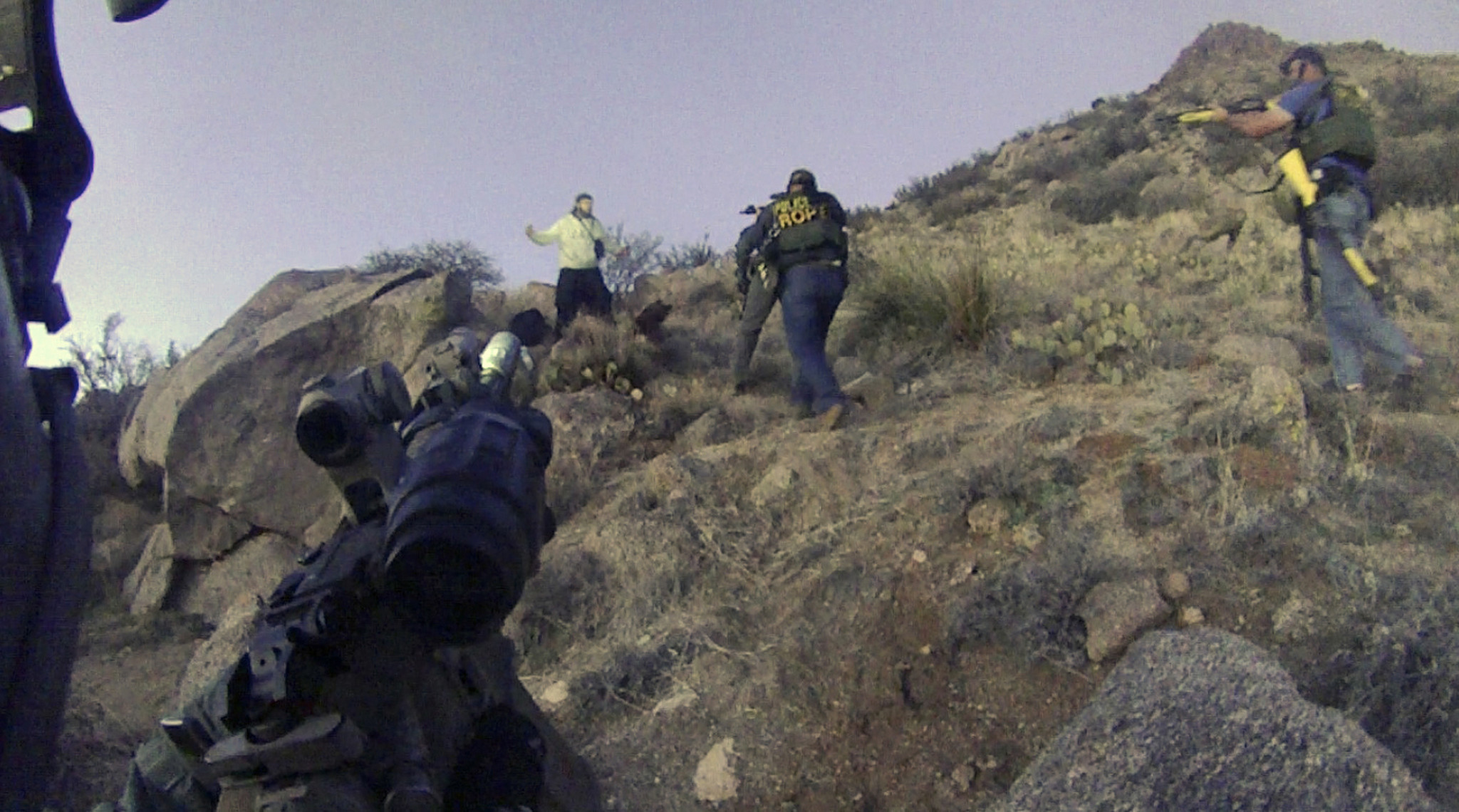 What happened: James Boyd, a 38-year-old, mentally ill homeless man, was mortally wounded during a March 16, 2014, standoff with Albuquerque police. He was holding two knives but appeared to be shot by two officers while he was turning away. His death came shortly before the Department of Justice found Albuquerque officers “too frequently use deadly force against people who pose a minimal threat and in situations where the conduct of the officers heightens the danger.”

What's next: A special prosecutor announced in June that two officers, Dominique Perez and Keith Sandy, would face second-degree murder charges. The July settlement brought the city’s total for officer misconduct lawsuits since 2010 to at least $28 million, according to the Albuquerque Journal.