Zachary Hammond, an unarmed white 19-year-old, was in the middle of a seemingly routine vehicle stop in South Carolina last week when a police officer fatally shot him. 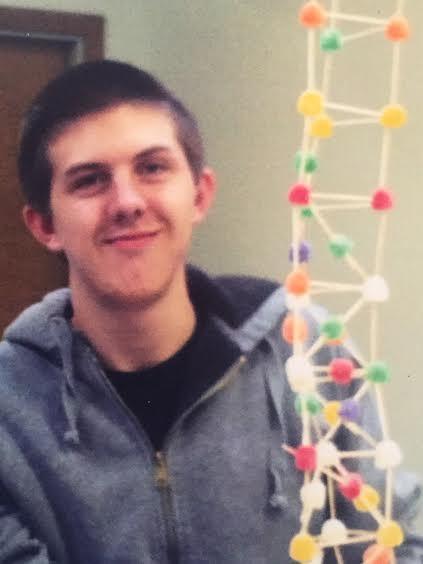 Police have said the officer fired in self-defense during a drug sting, but a subsequent autopsy seems to counter the officer’s claim that Hammond tried to hit him with a car.

Hammond’s death left his family scrambling for answers, but it did not spark the national outcry that has accompanied other fatal police shootings in the last year. His name has not joined the lexicon that includes Michael Brown, Eric Garner, Tamir Rice and Samuel DuBose.

Saying Hammond’s death is being ignored because he was white would be an oversimplification, said Meredith Clark, an assistant professor at the Mayborn School of Journalism at the University of North Texas who is conducting a research project on the Black Lives Matter movement.

Police have not released video

Clark said the absence of a compelling video or a history of brutality complaints involving the Seneca Police Department, not Hammond's race, was the main reason the story has remained low-profile.

Although the lack of attention paid by the mainstream media and on social media has caused some to suggest Hammond’s case would have received more attention if he were black, researchers in the social justice field believe the story is not being ignored, but rather is spreading slowly.

“The thing that I’m hearing from people is not just a narrative of racial justice. It is accountability for police forces. It is transparency. It is understanding how communities are being policed and what the average citizen has a right to do, or not to do, in those interactions,” Clark said. “In that case, Hammond fits right in. It’ll just be a matter of time, but we haven’t heard of prior complaints about the police force where he was.”

What led up to Hammond’s death

On July 26, Hammond was driving through the back parking lot of a Hardee's fast-foot restaurant in Seneca, which sits 40 miles from Greenville near the North Carolina border, when he was stopped by two police officers as part of a drug sting.

The officers were targeting Hammond's passenger, a 23-year-old woman.

Bland said Hammond slowed the car and reached to the floor, where his car's gear shift was located, in order to put the vehicle in park. At that point, Bland said, someone shouted that Hammond had a gun.

It is not clear who shouted. But the uniformed police officer at the scene, who has not been identified, shot Hammond twice.

Oconee County Coroner Karl Addis told the Los Angeles Times that Hammond died of a fatal gunshot wound to the chest. He was also shot once in the collarbone area, according to Addis.

Calls to the Seneca Police Department seeking comment were not immediately returned. According to the Associated Press, Police Chief John Covington said last week that the officer was acting in self-defense because Hammond drove his car toward him.

Bland said Hammond did not have a weapon or any drugs, though police did seize a small amount of marijuana and drug paraphernalia from his passenger.

The case is also being reviewed by the South Carolina State Law Enforcement Division.

Questions surround the angle of the gunfire

Addis ruled the death a homicide, but he would not say if the officer shot Hammond from the front or from behind.

Hammond’s family asked an outside physician to conduct a second autopsy, and Bland made the results public Tuesday. In an interview with The Times, Bland said Hammond was shot in the "left rear shoulder, and through the back of his chest."

"The inescapable conclusion was that the bullets came through the side," Bland said. "They came through an open driver’s side window, which is not consistent with the officer saying, ‘I felt like I was going to be hit by the car.’"

South Carolina became a focus in the national conversation about race and police use of force after the April shooting death of Walter Scott in North Charleston. A cellphone video showed that Officer Michael Slager shot Scott several times in the back. Slager has since been charged with murder.

Scott was black. Slager is white.

The state is on pace to see an increase in fatal shootings by police this year, according to the State Law Enforcement Division. As of Monday, there had been 30 fatal police shootings in South Carolina, compared with 42 in all of 2014.

Samuel DuBose was killed the week before Hammond

Despite heightened scrutiny on South Carolina's police, and the similarities between the shooting deaths of Hammond and DuBose in Cincinnati a week earlier, Hammond's killing did not gain much traction on Twitter, which has become a favored avenue for social justice advocates to discuss police use of force.

In DuBose’s case, University of Cincinnati Police Officer Raymond Tensing shot and killed the 43-year-old during a July 19 traffic stop.

Tensing stopped DuBose because his car was missing its front license plate. The officer told investigators that he shot DuBose because he was being dragged by the vehicle as DuBose drove away.

But video of the incident, released after a Hamilton County grand jury indicted Tensing on a murder charge and a voluntary-manslaughter charge, appeared to show Tensing was standing to the side of the car when he opened fire through the vehicle's open driver’s-side window.

Hamilton County prosecutor Joseph Deters rejected Tensing's argument, saying the video shows the officer "fell backward after he shot [DuBose] in the head. After being indicted, Tensing was fired.

Tensing has pleaded not guilty to the charges.

DuBose's death attracted widespread attention on social media, while Hammond's barely registered a blip, according to figures from Topsy, a website that collects data on trending Twitter topics.

Hammond's name, however, appeared in 289 tweets from July 26, the day he was killed, to midday Tuesday. His story received the most attention on Twitter on Aug. 1, shortly after Bland first made claims that Hammond was shot in the back.

While disturbing videos of the deaths of DuBose, Eric Garner and others helped stoke nationwide fury, police have yet to release video of Hammond’s death. Images like those in the Garner case moved quickly through social media, but in Hammond’s case, there are none to share.

Activists who are prominent on Twitter also often use the website to offer an alternative narrative to the one being provided by mainstream media, Clark said. Since Hammond’s story has yet to take root in the national news cycle, there is no contrast to offer.

Historical citizen frustration with police in New York, Ferguson, Mo., Cleveland, Los Angeles and other places also served to further drive skepticism after officer-involved fatalities in those cities in the last year. Local activists told The Times on Tuesday that they were unaware of any long history of abuse complaints against Seneca police.

“I think the better question is why, instead of advocating for justice, which has all along been the narrative … why is the attorney and anyone else who is asking the question, looking to the crowd and asking them where they are?” Clark said. “The spread of the hashtag memorials was not about popularity. It was not about visibility. It was always about justice for people.”

A year after Ferguson, whites are far more likely to admit racism is a problem