Welcome to Trail Guide, your daily host through the wilds of the 2016 presidential campaign. It's Wednesday, Nov. 4, and this is what we're watching:

Marco Rubio nabs another endorsement from the West

If any doubt remained that Sen. Bernie Sanders is positioning himself as the most pro-pot-legalization candidate in the presidential race, he put it to rest Wednesday.

The Vermont independent went where no senator has gone before: He introduced legislation that would outright legalize marijuana. The bill would take pot off the federal government’s list of dangerous narcotics altogether. It would leave it to the states to regulate pot, the way they do alcohol or tobacco.

With the move, Sanders leapfrogs past Republican Sen. Rand Paul of Kentucky, another presidential candidate, who has long favored loosening drug laws but has stopped short of championing outright legalization in the Senate.

Perhaps it is not surprising that Sanders, the most progressive candidate in the race, is hoisting the flag for marijuana legalization, but it is significant nonetheless. Sanders not long ago had expressed little interest in becoming the champion of pot advocates. He said there were more important things on his agenda.

But as the Vermonter seeks to galvanize progressives in his bid to overtake Democratic front-runner Hillary Rodham Clinton, pot legalization had stood out as one of his few untapped opportunities.

Strategists who have worked on legalization initiatives say candidates who embrace the issue can make inroads into an enthusiastic and motivated base of young voters. However, some pollsters say the benefits of making pot an issue in a campaign are overstated -- and that the obvious headaches that come with such a move could outweigh them.

The first two major candidates through the door at the New Hampshire secretary of state’s office Wednesday offered a glimpse into why the state so zealously guards its status as home of the first presidential primary.

And next was Donald Trump, who brought with him the traveling circus atmosphere of his surprising front-running Republican campaign.

Tradition dictates (though law does not require) that every presidential aspirant, no matter how high or low in the polls, appear in person at the Statehouse in Concord to file the paperwork and pay the $1,000 fee to appear on the primary ballot. Their first stop is at a desk that’s one of the last original pieces of furniture in the historic Capitol building, where they sign a copy of the notice of elections poster that will eventually bear all the candidates’ signatures.

This year, in honor of the 100th anniversary of the first New Hampshire presidential primary, longtime Secretary of State Bill Gardner is displaying additional reminders of the state’s preeminent role, including another desk, which was used by the author of the state’s original primary law, and one of the ballot boxes used for state elections in 1892. It still collects paper ballots today.

The ritual is not just for the major national candidates but the many unknowns running in the primary. Thirty Republicans and 14 Democrats qualified for the ballot in 2012.

According to Gardner’s office, three more major candidates are expected to file on Thursday – Marco Rubio, Carly Fiorina and Bernie Sanders. Hillary Rodham Clinton is set to file on Monday, the fourth time she’ll have done so, after twice having delivered her husband’s paperwork and once for herself in 2007.

Another leading GOP hopeful, retired neurosurgeon Ben Carson, is expected on the final day of the filing period, Nov. 20. That date is the only one in which a candidate must file his paperwork in person – a rule that has tripped up some in the past. In 2011, former New Mexico Gov. Gary Johnson had to scramble to get a red-eye flight from his home state to get to Concord in time to submit his paperwork.

New Hampshire’s primary date is not set. Gardner has unique power to do so on his own. But it is widely expected to fall on Feb. 9, eight days after the Iowa caucuses

Donald Trump is hitting the TV market in early-voting states starting today. The Republican presidential candidate announced in an interview with Fox News’ “Hannity” on Tuesday that he wants to reach the early voting states of Iowa, New Hampshire and South Carolina.

He said he will invest more in TV if his Republican opponents continue to attack him on air.

"Dollar for dollar, we're going to go after them. We have more money than anybody else by a factor of about a thousand," Trump told host Sean Hannity. It wasn’t clear whether Trump was comparing campaign funding or including super PACs, which can raise unlimited funds in support of a candidate.

So far, Trump has spent relatively little to generate media attention — his debate tactics and outspoken opinions have drawn plenty of that on their own.

Trump was set to head to New Hampshire today to campaign and to file papers to get on the ballot for the first-in-the-nation primary.

Here's part of the "Hannity" interview with Trump.

Sen. Bernie Sanders (I-Vt.) plans to introduce a bill Wednesday that blocks new leases for fossil fuel extraction on public land. The Democratic presidential candidate and Sen. Jeff Merkley (D-Ore.) are proposing the bill in an effort to reduce reliance on oil, coal and natural gas.

The proposal would stop the government from allowing new leases and renewing non-producing leases. Merkley said it’s a part of the effort to curb climate change.

On Tuesday, the White House signaled that the controversial Keystone XL pipeline debate may soon end. The State Department will decide on developer TransCanada’s request to delay the project again, which would push the issue into the next administration. President Obama appears poised to reject the pipeline altogether.

A recent University of Texas poll indicated that 46% of respondents supported the construction of Keystone while 22% were opposed. The rest said they did not know enough to respond.

The proposal from Sanders and Merkley faces strong opposition in Congress, with the Republican majority fighting to expand energy development.

Their bill cites an August report that says that keeping untapped fossil fuel reserves underground can help prevent the planet’s temperature from rising. 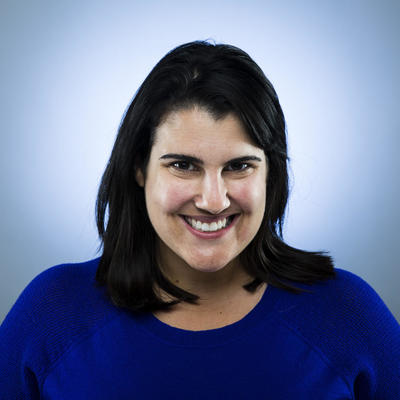 Clinton’s Sacramento event is being hosted by Eleni Tsakopoulos Kounalakis, who served as ambassador to Hungary under President Obama, and whose father, Angelo Tsakopoulos, is a longtime Clinton family friend and fundraiser.

Expect a who’s who of Sacramento political players at the $2,700-per-plate luncheon, including former state Senate leader (and brand new candidate for mayor of the city) Darrell Steinberg.

From Sacramento, Clinton is set to travel to Los Angeles for an event at the home of singer Christina Aguilera. The candidate’s team has hyped the event for days, even sending an email to supporters a few days ago, ostensibly "from" Aguilera. The subject line: "Will you come to a party at my house?"

Clinton is scheduled to overnight in the Los Angeles area and then tape an appearance on "Jimmy Kimmel Live." She's also to attend Thursday fundraisers with director Rob Reiner and later jet northward again for a fundraiser at Hall Wines in St. Helena.

Sign up for our daily Essential Politics newsletter here.

Legal marijuana effort is defeated in Ohio, a swing state

This year's initiative failed because a greed-driven monopoly plan is wrong for the state of Ohio. Some activists were let down tonight because they put their faith in a bad plan, but their efforts have brought us a step closer to legalizing marijuana in 2016.
Legalize Ohio 2016, a pro-legalization group, in a statement.