Op-Ed: How should L.A. spend its $100-million homelessness emergency fund?

Last month, Mayor Eric Garcetti and seven City Council members said they would devote up to $100 million to eradicate homeless in Los Angeles. What they didn’t say was how, exactly, they would spend the money. Below, seven homeless advocates offer the city’s elected officials some free advice.

Focus on people, not buildings

We are not going to build our way out of homelessness in Los Angeles, even with the $100 million that Mayor Eric Garcetti and the City Council have allocated to deal with a declared “state of emergency.” The problem is one of “groupthink”: Everyone believes there is only one option.

For decades we have approached housing by building low-income projects. The average cost of housing one person in a 300-square-foot studio apartment in Los Angeles is $468,000. That means we would need nearly $25 billion to provide homes to all the homeless here — 53,000 people by one estimate.

We need to focus on housing people rather than building units. Not all homeless people are without income. About 40% have mental and physical disabilities, which means they either collect Social Security disability or are eligible for it. And the Los Angeles County Department of Public Social Services provides housing subsidies to eligible people during the wait time to receive Social Security. Everyone with Social Security or equivalent income could be placed immediately into shared housing, using a portion of that income.

Another resource is Obamacare, which provides for substance-abuse treatment and includes residential care. The 20% of homeless people who have substance-use disorders could thus be rehabilitated and become self-supporting.

As for those with no income, shelter beds are the best option in the short term.

Ruth Hollman is the founder and executive director of SHARE! the Self-Help And Recovery Exchange. www.shareselfhelp.org

Transitional housing or a bus ticket

Direct $10 million to lease and staff small, inexpensive apartment and office buildings all over the city and quickly convert them to dormitory-style transitional housing under California’s shelter crisis emergency statute. These facilities would offer immediate beds and linkage to services for 90 days, during which time public benefits and permanent housing could be secured.

Fund a pilot program that teams Los Angeles Police Department officers with social workers. The teams would respond to complaints about encampments and offer homeless campers these options: transportation to a shelter or transitional housing; a bus ticket and meal voucher to return to a welcoming family member in their hometown; leave the area; or be cited under the “no lying, sitting or sleeping on a sidewalk” ordinance. This municipal code, which is now blocked from 9 p.m. to 6 a.m. by a court settlement, will be enforceable 24 hours when the city of Los Angeles meets the settlement’s housing target, probably this fall.

Mark Ryavec is president of the nonprofit Venice Stakeholders Assn. 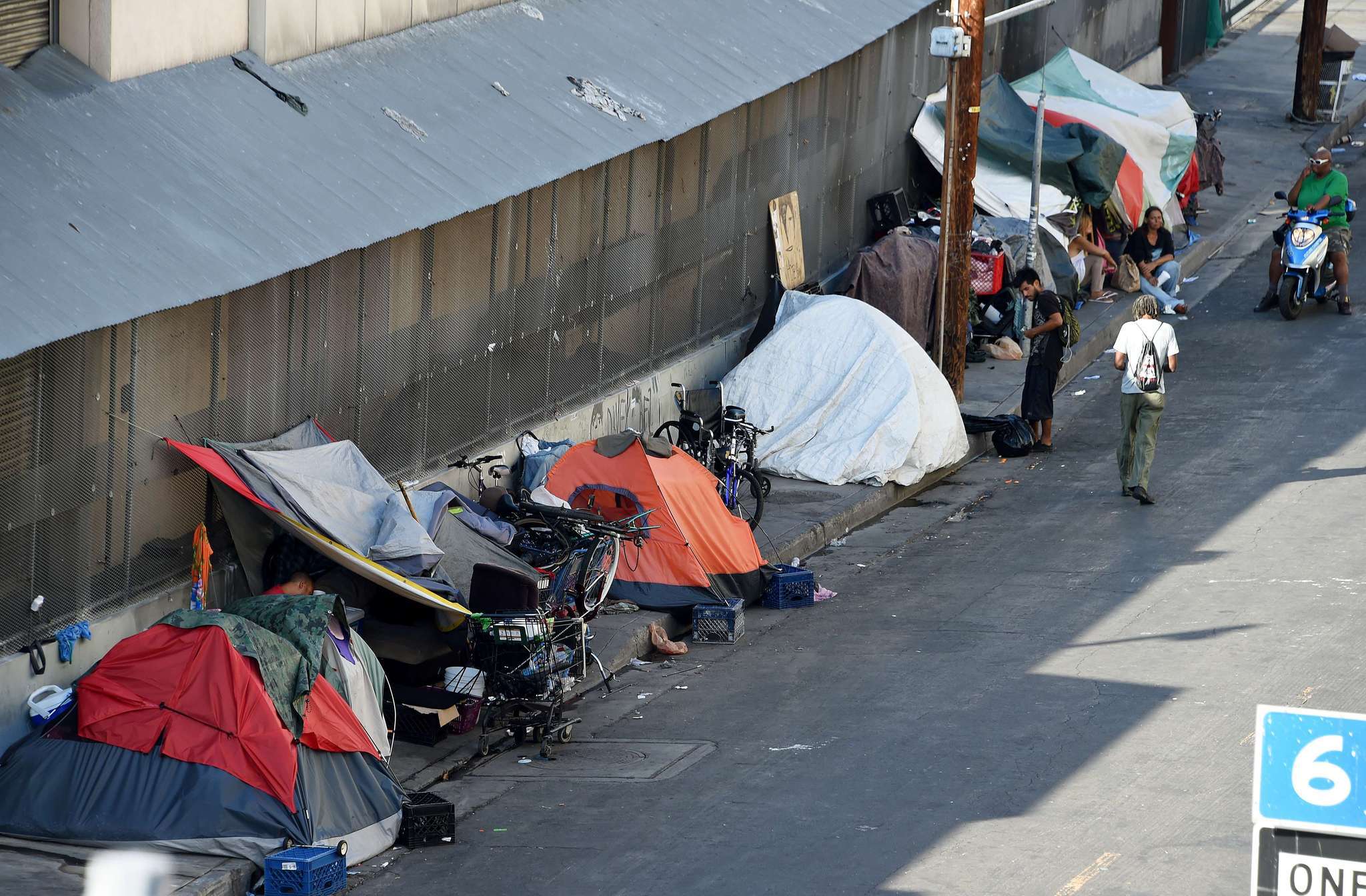 Every few years someone proposes a new plan to end homelessness: “Bring L.A. Home,” “Safer City Initiative,” “Project 50,” and now we have the $100-million proposal to deal with Los Angeles’ homeless state of emergency.

The sometimes cynical folks who live outside our soup kitchen wonder, after all the community forums and strategy studies are done and policing of the homeless gets its share of the money, when will they get theirs?

New York has committed $41 billion to preserve and build housing. Maybe L.A. should just use this paltry $100 million to bring in the Red Cross, install toilets, wash-up facilities, tents and dumpsters and declare skid row a permanent refugee camp.

Then at least the street dwellers will “get their share.”

Not just money but political will

In 2015, we do not have a homeless crisis. We have a housing crisis. Los Angeles County needs 527,722 additional affordable rental units to meet the housing needs of the 44,359 homeless people and the 26% of Angeleno residents who live in poverty — and who are falling into homelessness at the rate of 13,000 a month.

One in every 267 Angelenos is living on our sidewalks, under freeways, along street medians, in hospital emergency rooms. Many of them have survived out there for years, and their encampments do provide some security and privacy. But as these individuals age and weaken from stress, exposure and lack of available behavioral health treatment, we have been busy counting, surveying, categorizing and criminalizing them.

What will a $100-million investment accomplish? A brief flurry of attention; planning summits; a renewed effort to coordinate outreach, services and data. This has merit, but it’s how we have responded to the homeless crisis for 40 years.

It’s time to stop relying on emergency response efforts. The poor and homeless residents have a right to decent, affordable housing. We have the resources to invest in real, long-term, life-sustaining solutions. But do we have the political and moral will?

Mollie Lowery is director at Housing Works and a longtime advocate for the homeless. 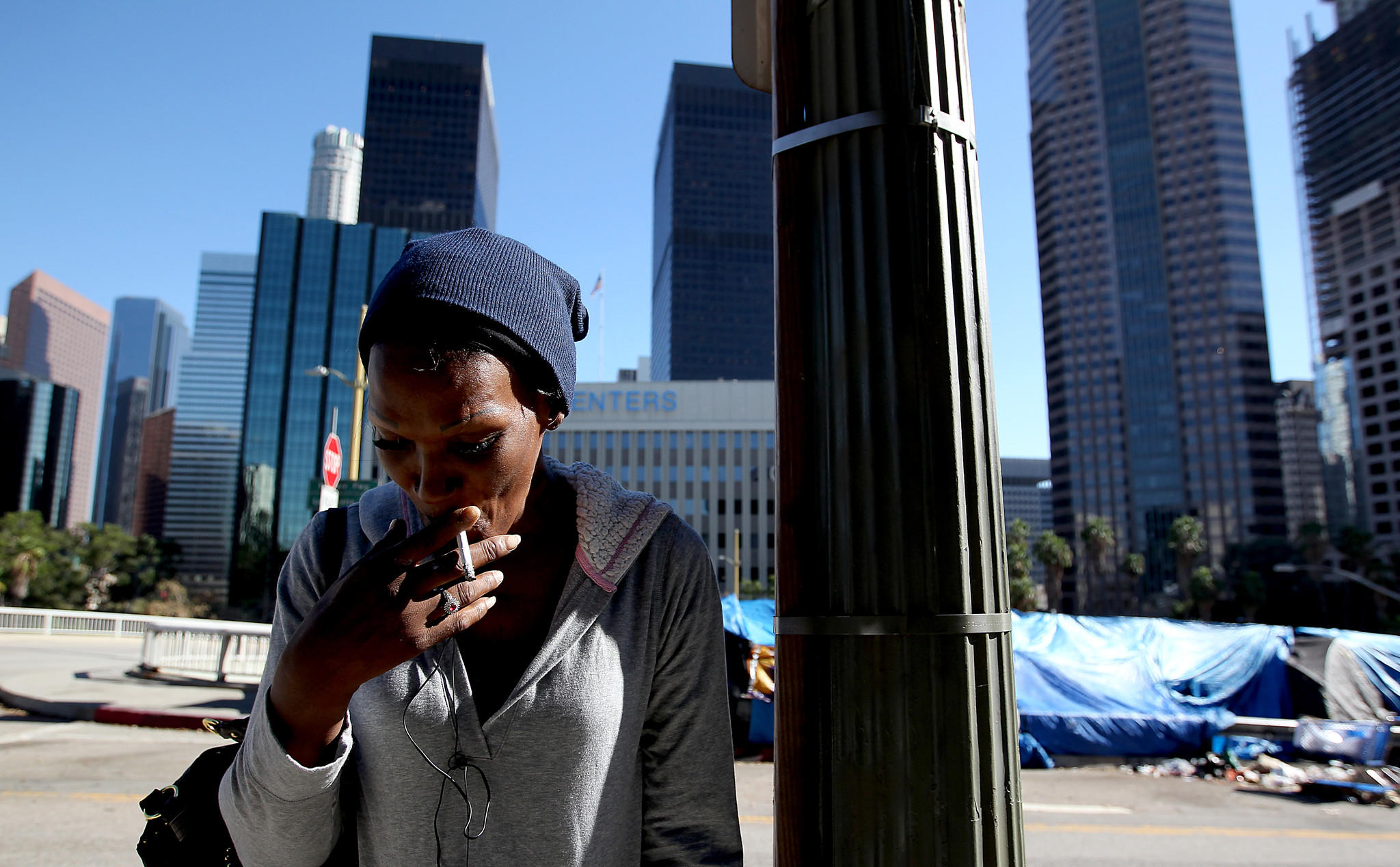 Who knew that female veterans have no housing on the largest VA facility in America?

Not me. I learned this in 2005 when I began working to house female and male vets in the empty buildings on the 388-acre West Los Angeles campus.

There are two principal reasons for this unfairness.

When Congress created the VA in 1930, folks thought veterans were all men. Even though women served in many capacities, and are now serving in combat roles, the VA struggled (and is struggling) to address the service-related needs of female veterans.

Political leaders in Los Angeles also resisted the idea that veterans should be able to choose housing on the VA campus. They viewed it as a medical facility only, even though it was named and donated to the government as a “national veterans home.”

New political leadership is in place and, under the forthcoming VA land-use plan, housing for female and male vets will be built. Advocates hope some city funds will contribute to housing female heroes.

The “housing first” model, which aims to move individuals experiencing homelessness into private apartments, has been touted by President Obama, HUD, L.A. County and city, the L.A. Homeless Services Authority, United Way, the Chamber of Commerce and many other local organizations. It has been pushed so strongly that a vast majority of resources have shifted to permanent housing and away from shelters.

There’s a major drawback to this approach: It’s extremely expensive on a per-unit basis, meaning “housing first” helps the few while leaving the many out on the streets.

For instance, it took nearly $40 million and seven years to build a homeless complex on skid row with 102 units.

That $40 million could have been used to establish two Union Rescue Missions and provide a roof, shelter, safety, security, a sober environment and 24/7 comprehensive services to 1,600 people experiencing homelessness.

We aren’t asking for the money from the city or county. But if our agency had $100 million, plus empty county/city facilities for a lease of $1 a year, this is what we could do with it: provide shelter and services to 3,900 people daily for one year, assist 2,000 into permanent housing and graduate an estimated 650 from a one-year recovery program.

An emergency declaration calls for an immediate, emergency response.

The Rev. Andrew Bales is chief executive of the Union Rescue Mission. 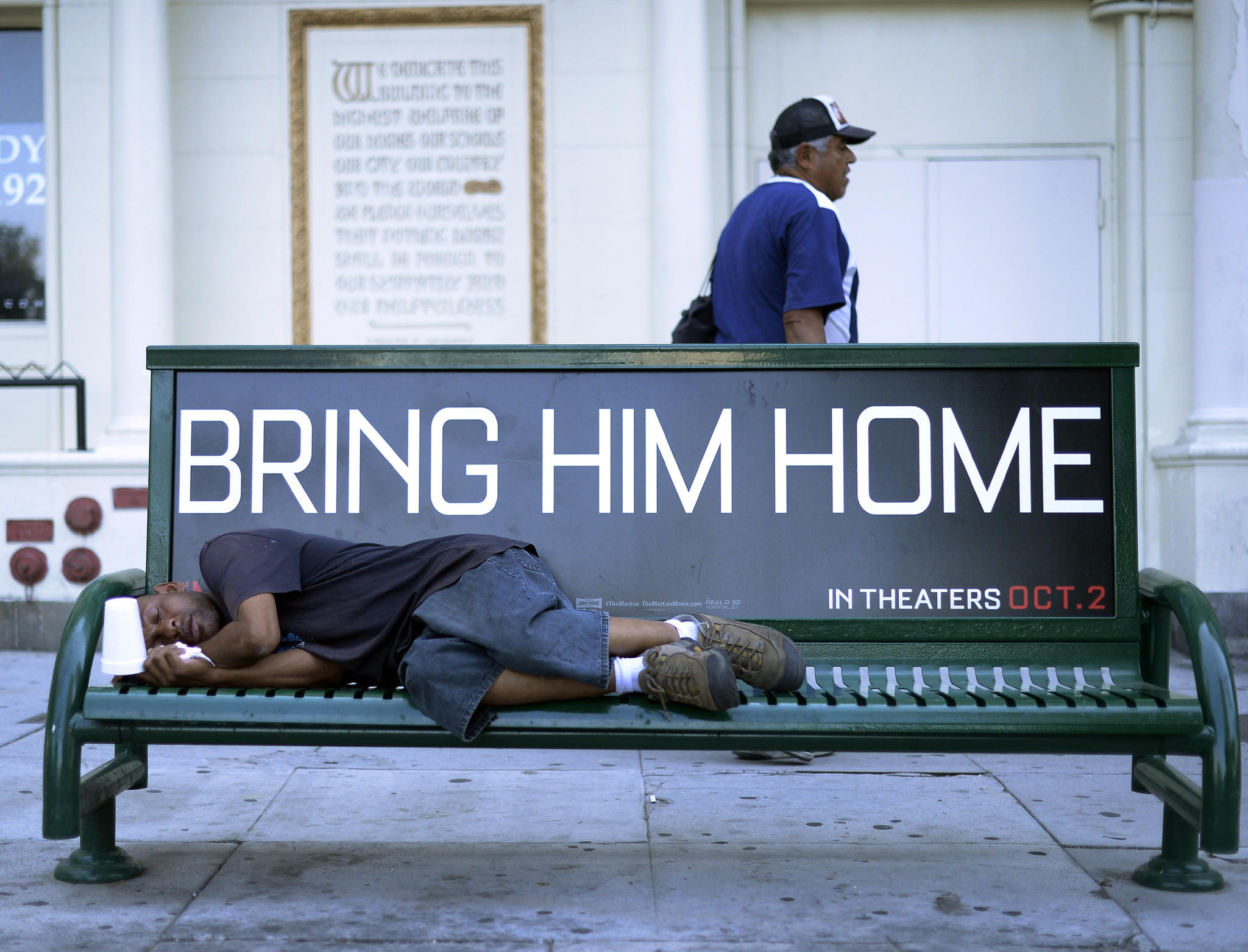 With so many “outsider” perspectives floating around, a formerly homeless skid row resident would spend the reported $100 million this way:

First, it must be understood that $100 million is not enough to end homelessness, so a plan to significantly increase this funding pot is the first order of business.

Request state and federal government entities to provide matching funds for the declared state of emergency.

Obviously, housing is needed, but also new blood. Audit each of the nonprofit service providers for the homeless to ensure that they are operating effectively, and then bring in new, passionate nonprofit partners who can look at the problem with fresh eyes. Hire passionate outreach workers to contact each and every homeless person; this would probably cost at least $5 million.

Finally, create a “parent company” to oversee all aspects of homelessness and build low-income housing citywide with services and storage attached.

General Jeff Page is a skid row activist and founder of Issues and Solutions and co-chairman of the Community Advisory Board for the L.A. County Department of Mental Health.