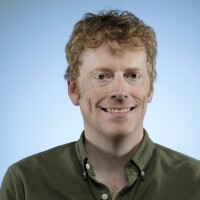 Chris Barton is a former staff writer for the Los Angeles Times who wrote about TV, music and pop culture. From 2000-19, his roles included time as senior web producer and deputy music editor. He served as The Times’ jazz critic as well as the occasionally cranky voice behind the weekly column Overrated/Underrated. He was born in Boston, studied in the Bay Area and briefly dabbled in stand-up comedy before coming to his senses.