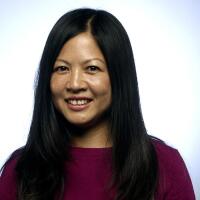 Cindy Chang is an interim assistant city editor for the Metro section. She came to The Times in 2012, first covering immigration and ethnic communities before moving to the L.A. County sheriff’s beat and then the LAPD. Previously, she was at the New Orleans Times-Picayune, where she was the lead writer for a series on Louisiana prisons that won several national awards. A graduate of Yale University and NYU School of Law, she began her journalism career at the Pasadena Star-News.