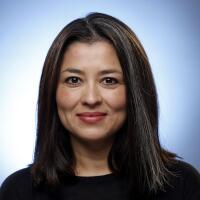 Esmeralda Bermudez writes narrative stories about the lives of Latinos for the Los Angeles Times. She was born in El Salvador, raised in the Los Angeles area and graduated from the University of Southern California. Before joining The Times in 2008, Bermudez worked at the Oregonian in Portland, covering city government and immigration. She has reported from Mexico and Guatemala where her coverage in 2006 won her the Guillermo Martinez-Marquez Award for Latin American Reporting. Bermudez was also a finalist for Livingston Award for International Reporting. In 2016, she was part of the team that won the Pulitzer Prize for its coverage of the San Bernardino terrorist attack.