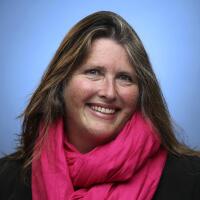 Francine Orr has been a staff photographer for the Los Angeles Times since 2000. Previously, she was as a staff photographer at the Kansas City Star. Orr served as a Peace Corps Volunteer in Yap, Federated States of Micronesia. While there, she learned how to be a quiet observer and gained a love for stories. She was raised in Colorado and earned bachelor’s degrees in both history and art from the University of Saint Mary. Orr has focused on public health and poverty issues in Africa, India and the United States. In Los Angeles, she has concentrated on the growing homeless crisis since 2005. Orr received the coveted 2020 Meyer “Mike” Berger for an outstanding example of in-depth, human interest reporting from Columbia Journalism School. She was a Pulitzer Prize finalist in feature photography in 2012. Other awards include the Casey Medal for Meritorious Journalism, honors from Investigative Reporters and Editors, the Center for Public Integrity’s Daniel Pearl Award, Pictures of the Year International, National Press Photographers Assn., Society of Newspaper Design, Sigma Delta Chi Award for Public Service, Harry Chapin Award, Los Angeles Press Club, National Headliner Award, Sidney Hillman Award and Press Photographers of Greater Los Angeles.