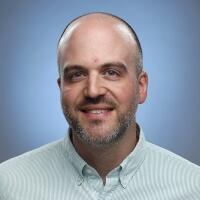 J. Brady McCollough is a sports enterprise reporter with a focus on national college football and basketball topics. He joined the Los Angeles Times in May 2018 as USC beat reporter. McCollough was a 2017 Nieman Fellow at Harvard University and the former projects reporter for sports and news at the Pittsburgh Post-Gazette, specializing in narrative nonfiction and human-interest reporting. His stories have taken him to Russia, Cuba, the Dominican Republic and Mario Lemieux’s wine cellar. From 2007-11, he covered the University of Kansas for the Kansas City Star. His work has been recognized 12 times as a Top 10 winner in the Associated Press Sports Editors annual writing contest, and he has received notable mention four times in the Best American Sports Writing series. McCollough began writing on college football when he launched his own website, NCAAtop25.com, as a 13-year-old. He is a proud Michigan Daily alum.