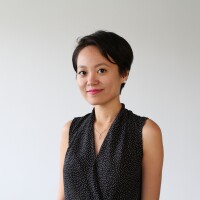 Jie Jenny Zou is an investigative reporter with the Washington bureau at the Los Angeles Times. Before joining The Times, she reported for the Center for Public Integrity where her deep dive on the fossil fuel industry received an Edward R. Murrow Award and was a finalist for the Livingston Award. Her work on scientific integrity and climate change has been recognized by the National Press Foundation, the National Assn. of Science Writers and others. A Brooklyn native, Zou is an alumna of Stony Brook University and Columbia University.