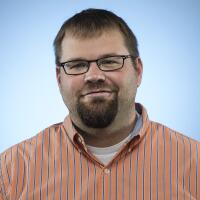 John Adams is a former senior deputy editor, online, who occasionally wrote for Sports, Foreign and Travel. He left The Times in 2016. Adams worked as a pastor for 12 years before leaving his church to pursue journalism. He earned a master’s in online media from USC Annenberg and joined the Los Angeles Times in 2010 after leaving NBC Los Angeles, where he was a web editor and the beat writer for USC, UCLA and the Clippers.