Kobe Bryant quiz: How much have you forgotten? 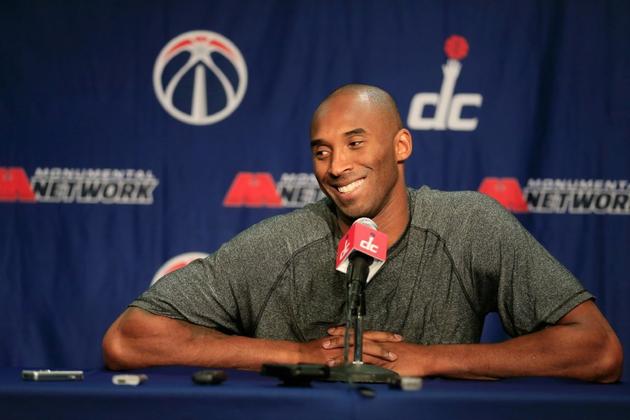 Kobe Bryant is nearing a return to the Lakers' lineup for the first time since tearing his left Achilles' tendon in mid-April. The last time Laker Nation was Bryant-less for any significant period was in 2010, when the Black Mamba sat out nine games with a severely sprained ankle.

With questions swirling and critics wondering about how Bryant will play when he returns, it's a good time to review who he's been the last 17 seasons.

Take the quiz below and see how much you know about Kobe Bryant.

All eyes on Kobe Bryant's return, but who's at point?

Kobe Bryant reportedly rules himself out for Friday night