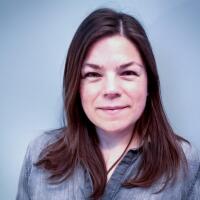 Julia Rosen is a science reporter for the Los Angeles Times writing from Portland, Ore. She became a journalist after getting her doctorate in geology and was an AAAS Mass Media Fellow at The Times in 2014. After that, she worked as a freelancer, covering earth and environmental science, and what happens when science and society collide. Her writing has appeared in Nature, Science, High Country News, National Geographic and many other publications.